At a "special sesssion" of the Clinton Global Initiative, he and his guests conjure the vision of a brighter future 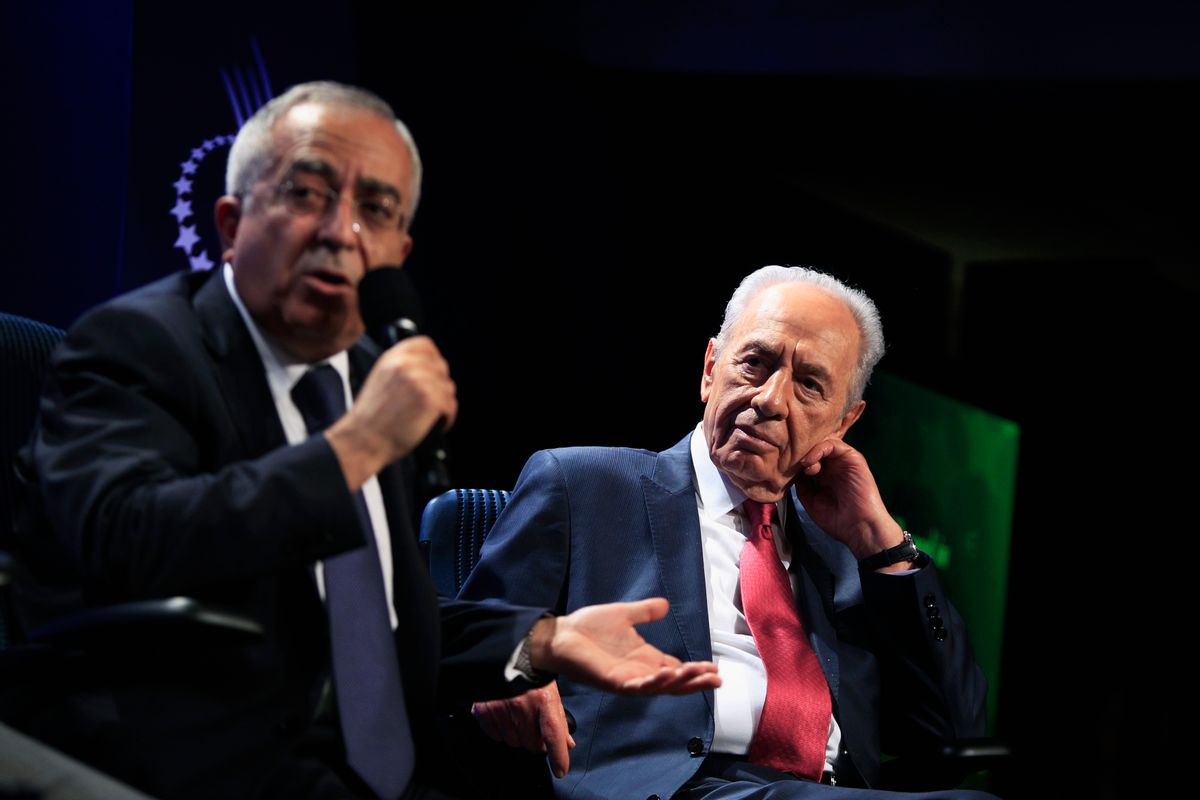 By now the overarching themes of the Clinton Global Initiative are familiar, from empowering women and girls to strengthening market-based answers to the problems of climate change, healthcare and poverty. Addressing those issues are hundreds of world leaders, corporate chieftains, nonprofit executives and celebrities (including appearances today by Lance Armstrong, Sanjay Gupta and Jim Carrey), with everyone required to make a formal "commitment" to action. By Thursday evening's closing ceremony, the CGI staff expects the value of new commitments to exceed $6 billion.

Apart from the ongoing conversations, speeches and announcements, this year’s CGI features a significant subplot: the revived peace negotiations between the Israelis and Palestinians. With nearly 70 current and former heads of state on hand, Bill Clinton knows how to use the unique forum he has created to serve a very specific purpose, like promoting a sense of optimism and urgency about the Mideast peace negotiations currently overseen by his wife, Secretary of State Hillary Rodham Clinton.

On Tuesday evening, Clinton himself moderated a “special session” on the future of the Mideast with Salaam Fayyad, prime minister of the Palestinian National Authority; Israeli President Shimon Peres; and the crown prince of Bahrain, Salman bin Hamad Al-Khalifa. Avoiding discussion of the current round of negotiations -- because "someone else in my family is involved in that," as he put it -- the former president cleverly asked the three leaders to imagine the achievement of a permanent solution. What would happen the day after peace?

All three broadly agreed that a Mideast free of conflict over Palestine would become, in Fayyad’s words, "a single economic space" that would see "a huge explosion of growth in a sustainable way with obvious benefits for everyone." Ending the state of war could lead to an integrated regional power grid, rapid expansion of solar energy, and shared technology to increase food production, exports and employment.

More than specific proposals, however, the session was notable for the fervent expressions of hope and demonstrations of mutual regard from all sides. "We have the highest respect for Prime Minister Fayyad," said Peres, a compliment returned by the Palestinian leader. "We must give support when the process seems shaky; we must be there," said the crown prince, who represented an increasingly open consensus among Arab leaders, especially in the Gulf, that their longtime tacit recognition of Israel should now lead to a permanent solution. "Our region has held itself back," he explained in an extended, passionate comment on the need for peace. "We have been caught between the rule of the gun and the rule of law, between captive markets and capitalism, between pluralism and plutocrats ... We must achieve this peace."

Although Clinton said little about the prospect of the talks that his wife is overseeing, he told a group of bloggers on Monday evening that he estimates the chances of success as "at least 50-50," despite the enormous obstacles posed by Hamas on one side and the Israeli settlers on the other. By bringing together regional leaders to publicly envision a future of peace and prosperity, he clearly hoped to create an atmosphere that might just improve those odds.