The most baldly anti-Muslim ad of the year

A Republican House candidate in the rural South makes the planned Islamic community center in N.Y. a top issue 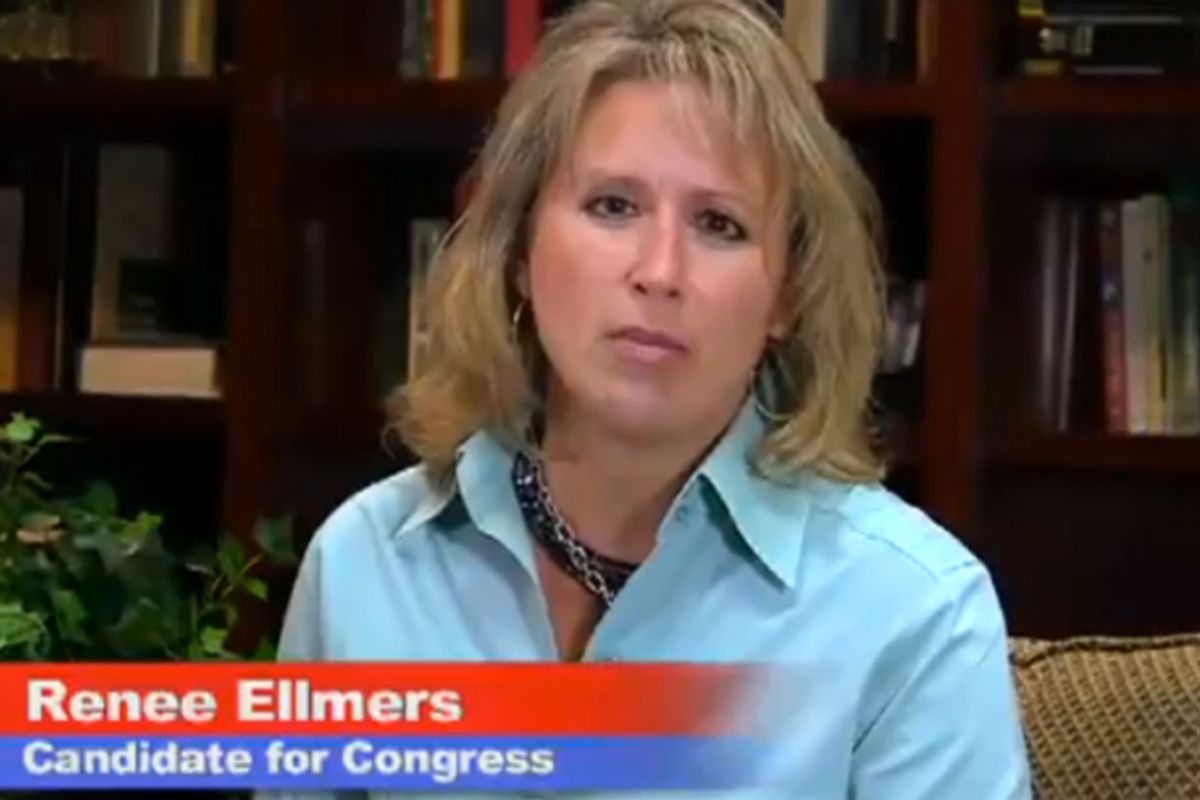 If you thought the wave of anti-Muslim bigotry sweeping the country was over, check out this new TV spot by Republican North Carolina congressional hopeful Renee Ellmers:

In the ad, Ellmers and a narrator refer interchangeably to "the Muslims," "the terrorists" and the organizers of Park51 in New York as if they are one and the same:

NARRATOR: After the Muslims conquered Jerusalem, and Cordoba, and Constantinople, they built victory mosques. And, now, they want to build a mosque by ground zero. Where does Bob Etheridge stand? He won't say. Won't speak out. Won't take a stand.

ELLMERS: The terrorists haven't won. And we should tell them in plain English, 'No, there will never be a mosque at ground zero.'

Ellmers is taking on Rep. Bob Etheridge, D-N.C., in North Carolina's rural 2nd District, where Etheridge has a good shot at holding on to his seat.

But what is even more illuminating of the current moment than the ad itself is Etheridge's response. Via Jeremy Jacobs at the Hotline:

Update, 10:50 a.m.: A spokesman for Etheridge says the congressman has never supported building the mosque near Ground Zero.