Panda versus ninja: Who wins?

China and Japan rattle sabers, again. The crazed Next Media animators see another opportunity to strike 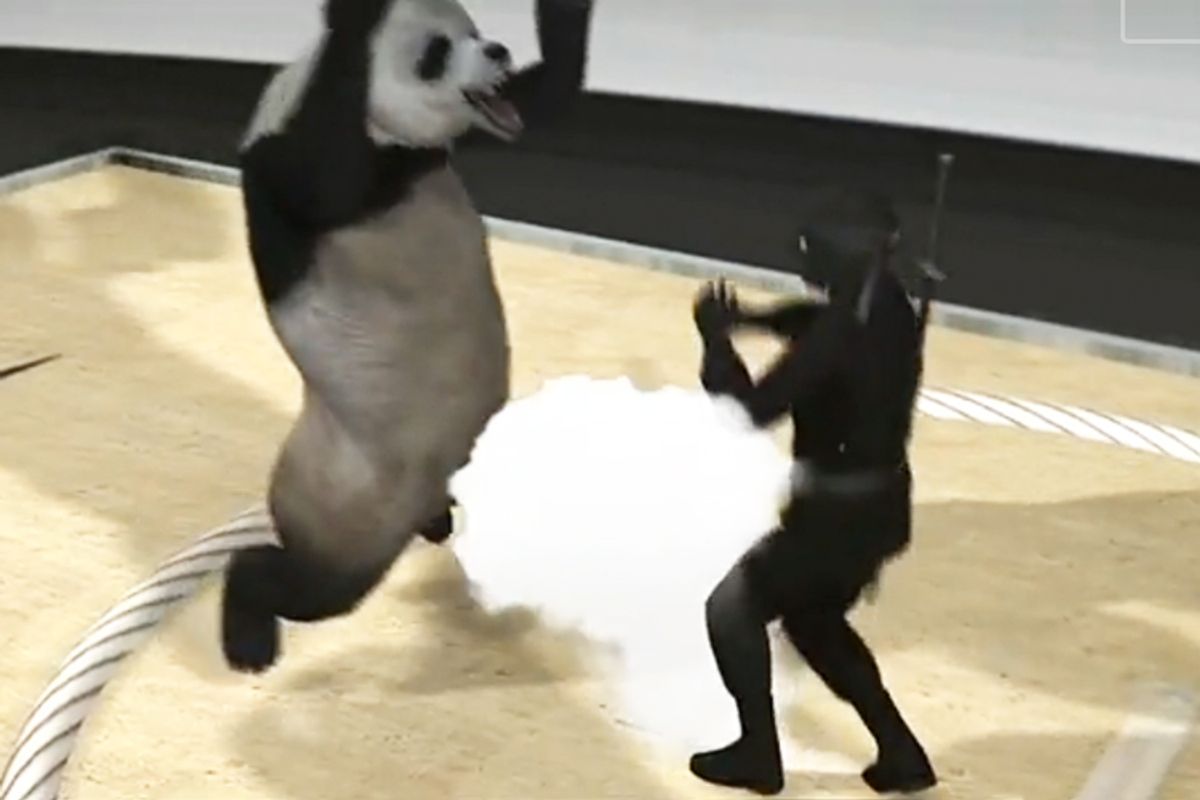 Tensions between China and Japan, which have been rocky since at least the fourth century, when the Japanese adopted the Chinese writing system without so much as a by-your-leave, got a lot worse in the 13th century, when Kublai Khan's invasion armada was destroyed by the divine "kamikaze wind," and were simply beyond awful for most of the 20th century, are heating up again. The flash-point this time: Japan's decision to imprison a Chinese fishing captain for supposedly ramming his craft into Japanese patrol boats near the Diaoyu Islands -- territory both Japan and China claim as their own.

Here are two different narrative approaches to learning more about this subject. A sober New York Times article, "China Takes a Sharper Tone in Its Dispute With Japan," or another absurd exercise in the hilarious from the mad men and women at Next Media animations, "Ninja versus Panda."

I don't necessarily want to privilege one form of news reporting over another -- HTWW believes that truth emerges from the confluence of multiple points of view and data sources. But there's little question which is more entertaining. The New York Times also manages to leave out a fascinating subplot -- the suspicion on the part of some Chinese that the death of a 14-year-old panda on loan from China to the Kobe zoo -- one day after the fishing incident! -- was actually a case of murder most foul.

The panda, Kou Kou, appears to have died under anesthetic when an attempt to extract semen for breeding purposes caused a heart attack. (Really, possibly the most unromantic way to die imaginable.) A conspiracy to insult the Chinese seems unlikely.

But as an illustration of how deep the cultural hostility between China and Japan can run, and how hot tempers can get on the Internet, the panda controversy works perfectly, regardless of the truth of the matter. So why not stick a panda and a ninja in a sumo wrestling circle to flesh out the day's news? The kicker of the piece -- a quick observation that bilateral trade is so huge between the two countries that diplomatic tensions will not be allowed to get out of hand is also right on the money.

China How The World Works Japan