How to be a true (non-mosque fearing) American

A call to patriotism we can all get behind: Uncle Sam doesn't like scaredy-cats 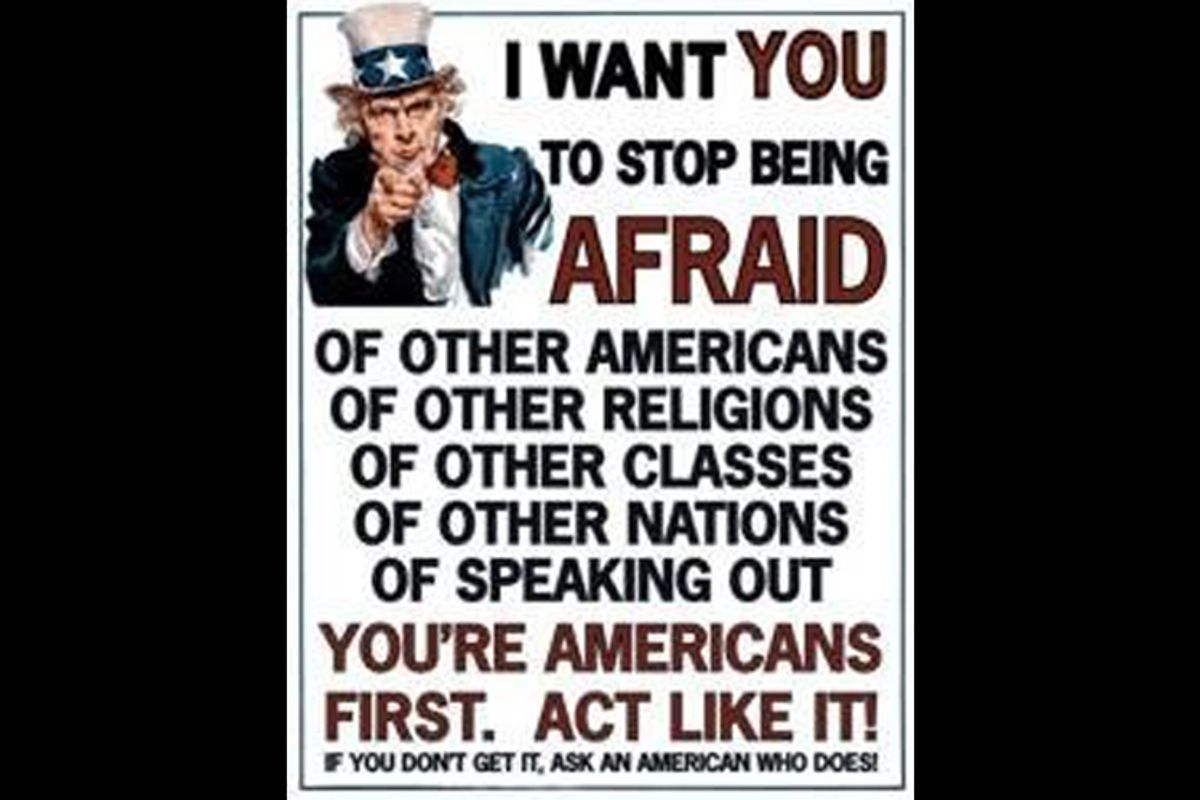 I do not know who created the brilliant Uncle Sam poster that illustrates this blog post, but I sure would like to find out. The person who originally shared it on Facebook told me he "found it online," but doesn't remember where. I googled madly but could pick up no trail. And that's too bad, because whoever put it together deserves some viral recognition. Or T-shirt revenue. Or something.

Uncle Sam wants YOU to stop being afraid of other Americans, of other religions, of other classes, of other nations, of speaking out. You're Americans first. Act like it.

This message gets to the heart of something very important. The conservative right likes to wrap itself in the flag and paint opposition to its values as un-patriotic and un-American. But tolerance is also an American value. And what is more craven than the fear that the American way of life will be undermined by the exercise of such a value -- by our welcoming of difference, our openness to that which threatens us?

The forces of conservative reaction are afraid of gays in the military, of Muslims in downtown Manhattan, of presidents with funny names, of other languages, other cultural practices -- heck, they're even afraid of Halloween. That's a puny, red, white and yellow understanding of what it means to be American. It's embarrassing.

How The World Works Park51