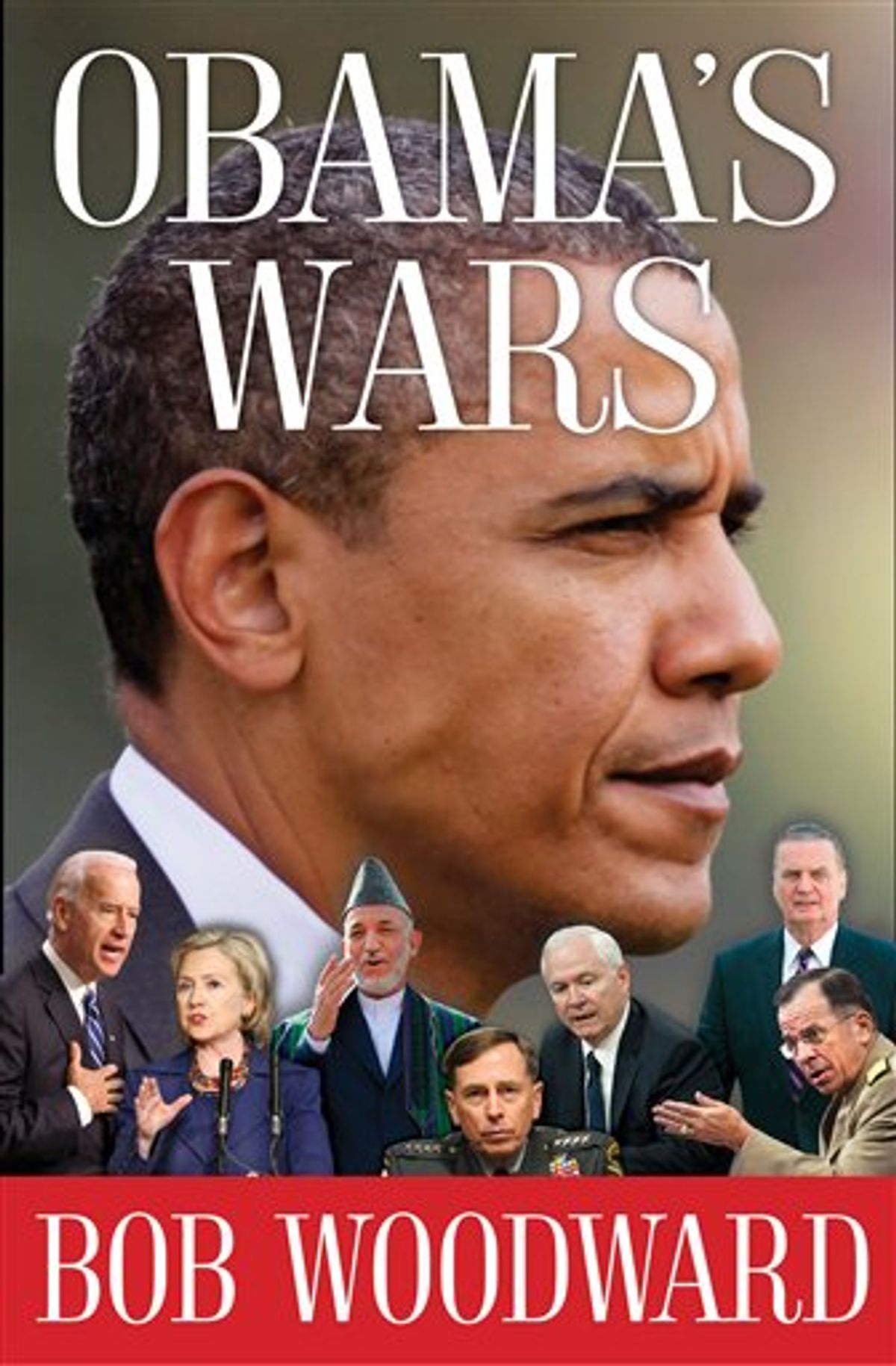 Bob Woodward's new book is coming out on Monday (the one with the bad cover art), and both the New York Times and the Washington Post have preview pieces today. You can read those stories here and here.

So what will we likely be hearing about for the next month? Gen. David Petraeus once referred to top Obama advisor David Axelrod as "a complete spin doctor," according to the book, titled "Obama's Wars." Joe Biden once called Afghanistan guru Richard Holbrooke "the most egotistical bastard I’ve ever met."  And national security advisor James Jones once called Obama's political aides "water bugs."

But what should we be talking about from the book?

The undeclared, undebated secret war in Pakistan is bigger than we knew, and it's being conducted in part by CIA-trained Afghans:

The CIA created, controls and pays for a clandestine 3,000-man paramilitary army of local Afghans, known as Counterterrorism Pursuit Teams. Woodward describes these teams as elite, well-trained units that conduct highly sensitive covert operations into Pakistan as part of a stepped-up campaign against al-Qaeda and Afghan Taliban havens there.

The Obama administration seems to be enamored with a drone-based foreign policy:

Mr. Woodward reveals the code name for the C.I.A.’s drone missile campaign in Pakistan, Sylvan Magnolia, and writes that the White House was so enamored of the program that Mr. Emanuel would regularly call the C.I.A. director, Leon E. Panetta, asking, “Who did we get today?”

This is how President Obama defines victory in Afghanistan:

Obama told Woodward in the July interview that he didn't think about the Afghan war in the "classic" terms of the United States winning or losing. "I think about it more in terms of: Do you successfully prosecute a strategy that results in the country being stronger rather than weaker at the end?" he said.

And this is the man who the United States is relying on over there:

The book also reports that the United States has intelligence showing that manic-depression has been diagnosed in President Hamid Karzai of Afghanistan and that he was on medication, but adds no details

Woodward's book presents an opportunity to explore and debate issues that haven't gotten much airing -- the war in Pakistan, the drone strikes, Obama's continuation of various Bush-era policies. Unfortunately, it comes wrapped up with another opportunity: to obsess over sketchily sourced stories of interpersonal sniping within the administration.