So, did Christine O'Donnell break the law?

And if she has spent campaign money illegally, will she pay any price for it? 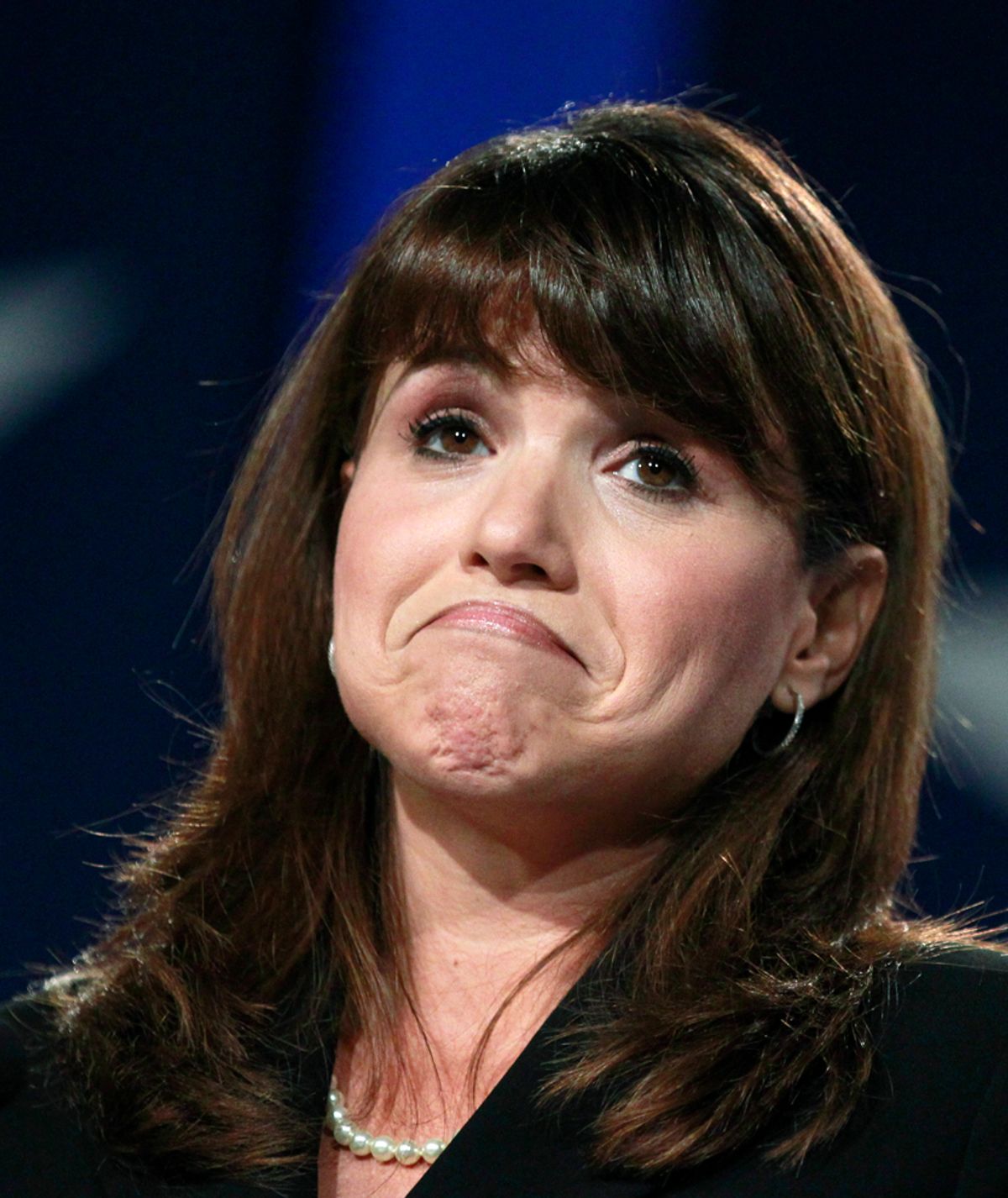 Earlier this month, the Delaware Republican Party filed a complaint with the FEC alleging that O’Donnell accepted illegal contributions from the Tea Party Express. On Monday, Citizens for Responsibility and Ethics in Washington filed complaints with the FEC and the U.S. attorney in Delaware alleging that O’Donnell had violated the law by using campaign contributions for personal use, paying for gas, bowling, even the rent on her house.

"I am confident that we have been ethical," O’Donnell said this week to a scrum of reporters who had cornered her at a forum held by the First State Patriots. "I personally have not misused the campaign funds." When a CNN reporter pressed her specifically about using campaign money to pay the rent on her house, however, O’Donnell would not answer. In fact, she ran away.

That’s probably because even under notoriously equivocal campaign finance laws, there is no gray area when it comes to using campaign money to pay the rent on your house. "Well, that is a clear violation," said Richard Briffault, who teaches election law at Columbia Law School. Indeed, according to FEC rules, "the campaign may not pay for mortgage, rent or utilities for the personal residence of the candidate or the candidate’s family even if part of the residence is being used by the campaign."

The Wilmington News Journal in March of this year figured out that a sheriff' sale for O’Donnell’s Wilmington home had been set for Aug. 1, 2008, because O’Donnell was in default on her mortgage. A month before the sale, however, O’Donnell sold the house to Brent Vasher, who was also her campaign attorney and her boyfriend at the time. (O'Donnell ran for the Senate in 2008 against Joe Biden.) She then rented the house from Vasher until sometime last summer.

The FEC files of O’Donnell’s campaign committee, Friends of Christine O’Donnell, document payments of $750 to Vasher during this time period. Also, back in March, O’Donnell admitted she was using campaign money to pay that rent, "because she also uses the town home as her Senate campaign headquarters," the News Journal reported. "I'm splitting it, legally splitting it and paying part of it," the paper reported her saying about her rent. "This is our technical headquarters," she said about her house.

O’Donnell’s campaign expense files do show a number of unusual expenditures, including charges at gas stations and stores like Dollar Tree, Trader Joe’s, Target and Kmart, among others. O’Donnell was also very tardy in reporting those expenses, failing to file at least two required campaign finance reports with the FEC last year that were supposed to disclose contributions and expenses from April through the end of September. Twice the FEC wrote O’Donnell letters warning her that, "failure to file ... may result in civil money penalties, an audit or legal enforcement action."

During the same time period, the FEC also learned that Friends of Christine O’Donnell’s was operating without a treasurer after the departure of Susan M. Dixon sometime after April 2009. "It is required that for any committee to conduct any business, they must have an active treasurer," the FEC wrote O’Donnell in April and then again in October. "Failure to appoint a treasurer will result in the inability of the committee to accept contributions and make disbursements." Campaign finance lawyers agree that the rules on this are clear.

An FEC spokeswoman would not comment on O’Donnell’s records, but said that, in general, the commission tries to negotiate with a delinquent candidate like O’Donnell to hire a treasurer and report on time. That may have occurred in this case. In January of this year, O’Donnell sent in a campaign finance report covering the missing months in 2009. In that report, O’Donnell lists herself as the treasurer of her campaign committee.

Campaign finance attorneys say it's unusual for a candidate to serve as her own treasurer, but may not be illegal. Paul Ryan, an attorney at the Campaign Legal Center, said that rules clearly require a treasurer, though they don’t seem to rule out a candidate putting herself in that position. "I don’t read the regulation as having anything to say about who should or may serve as the treasurer," Ryan wrote in an e-mail.

In yet another twist, the Daily Beast reported earlier this month that her campaign committee also cut checks for $3,500 to O’Donnell’s mother, Carole O’Donnell. The first payment, dated Feb. 26, 2010, lists $500 for "bookkeeping and reporting." A second payment on July 13, 2010, for $3,000 describes Carole O’Donnell as performing "financial consulting services." Attorneys say those payments are legal if Carole O’Donnell did real work for the money.

Blogger Judson Bennett noticed an "unusual pattern of reimbursements" on O’Donnell’s FEC forms early this year, and when he asked her about it, O’Donnell responded, "I’m not rich, I’m not working. It is perfectly legitimate for me to use campaign funds for my living expenses while campaigning -- food, gasoline, etc."

Yes and no, campaign finance lawyers say. Ryan said O’Donnell could use campaign money only for expenses that are directly related to campaigning, like a fundraising dinner. When asked if she can use campaign money to pay for her regular groceries, for example, Ryan said, "The answer is a clear 'No.'"

Still, attorneys familiar with campaign law say that based on the FEC’s track record, O’Donnell is unlikely to face much in the way of consequences, even if she did violate the law. "Generally what they try to do is resolve it informally or have her repay her campaign funds with her own funds," Briffault said. "It is very, very, very rare that there are criminal prosecutions."