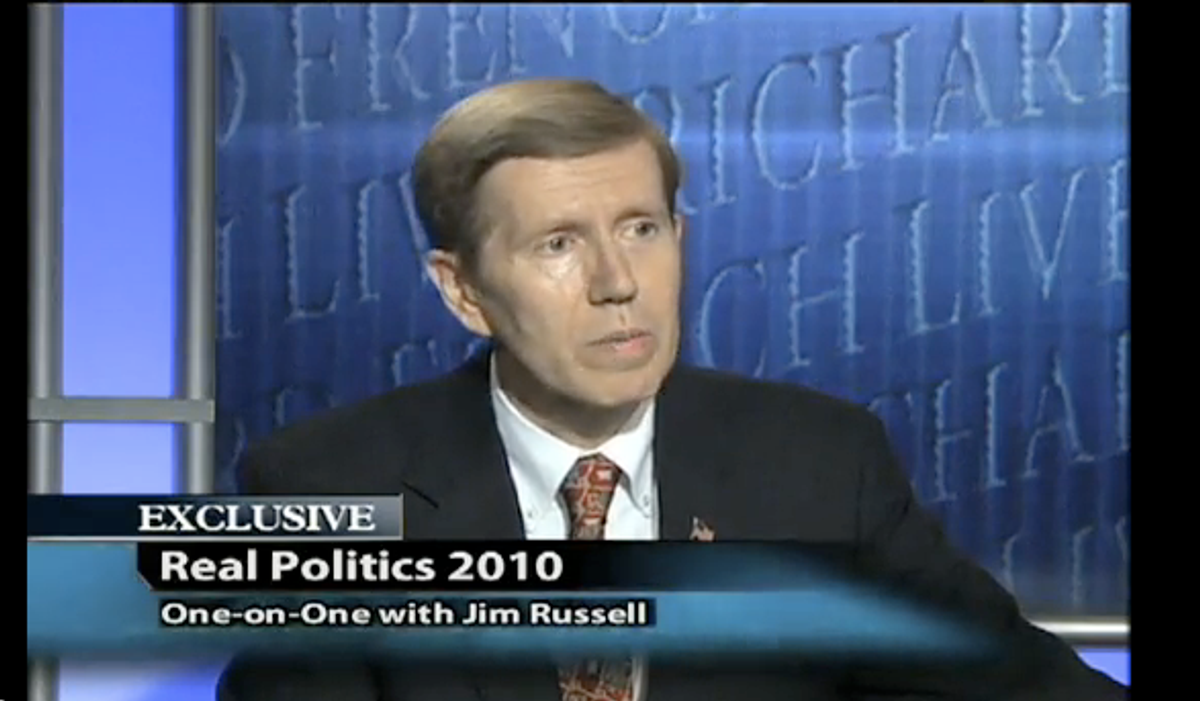 New York Republican House candidate Jim Russell is refusing to drop his candidacy -- or even apologize -- after it emerged that he wrote an essay endorsing various forms of racism in the fringe journal Occidental Quarterly.

Even though GOP leaders denounced his writings as racist and are withdrawing their endorsement of his candidacy, Russell is soldiering on, doing an exceedingly awkward interview with the Regional News Network.

In this highlight reel, host Richard French takes a while to get to the point -- why did Russell argue against interracial "socialization"? And why did he approvingly cite T.S. Eliot's ideas about limiting Jewish population growth?

Remarkably, Russell does not back down. He says he won't denounce his essay because he hasn't read it in several years, and he repeatedly says he merely wants people to have a sense of their own culture.