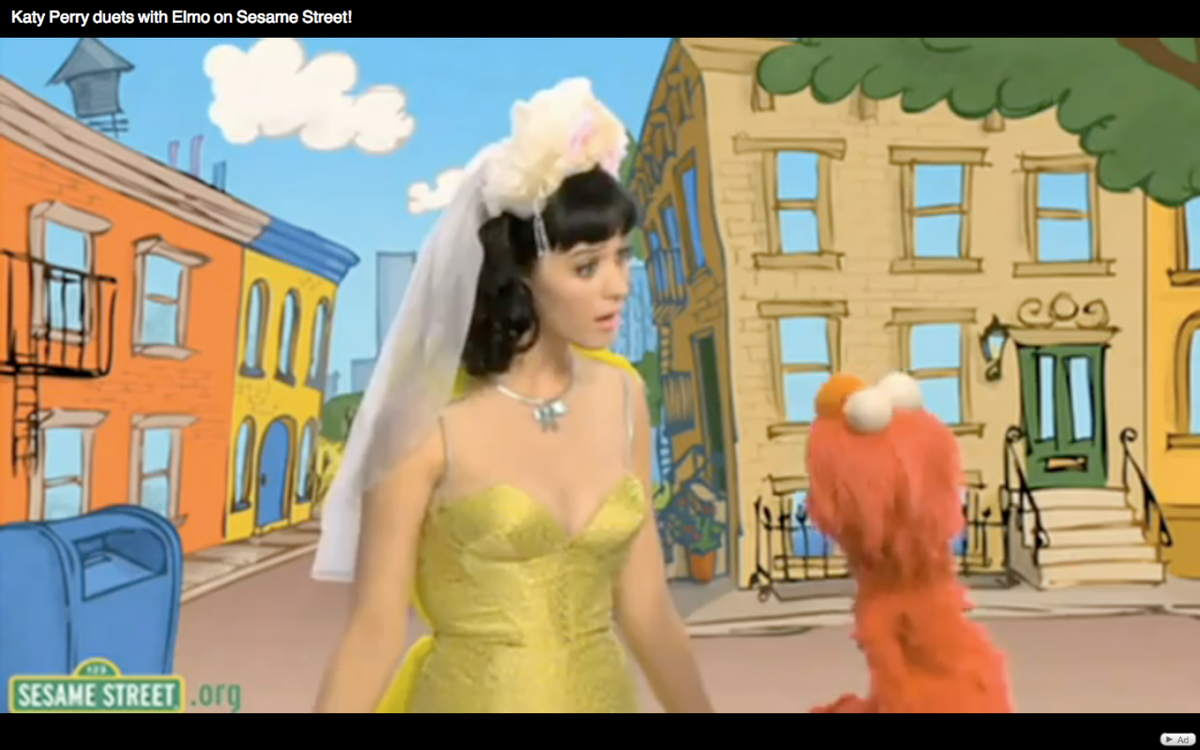 Looks like we have our answer to the question of how to get to Sesame Street: by covering up your cleavage. A clip of Katy Perry singing "Hot N Cold" with Elmo was leaked online earlier this week and some parents were unhappy with the way the pop star's breasts were on display. The video began racking up views -- to the tune of nearly 1 million -- and some nasty comments along the lines of "they're gonna have to rename it cleavage avenue," TMZ reports. Now, a "Sesame Street" spokesperson has announced that it no longer plans to air Perry's tête-à-tête with Elmo:

Sesame Street has a long history of working with celebrities across all genres, including athletes, actors, musicians and artists. Sesame Street has always been written on two levels, for the child and adult. We use parodies and celebrity segments to interest adults in the show because we know that a child learns best when co-viewing with a parent or care-giver. We also value our viewer's opinions and particularly those of parents. In light of the feedback we've received on the Katy Perry music video which was released on You Tube only, we have decided we will not air the segment on the television broadcast of Sesame Street, which is aimed at preschoolers.

Who knew mammaries posed such a threat to kids who just stopped breast-feeding yesterday.