The menace of pilot fatigue

In a long overdue move, the FAA is proposing longer rest periods and shorter duty times 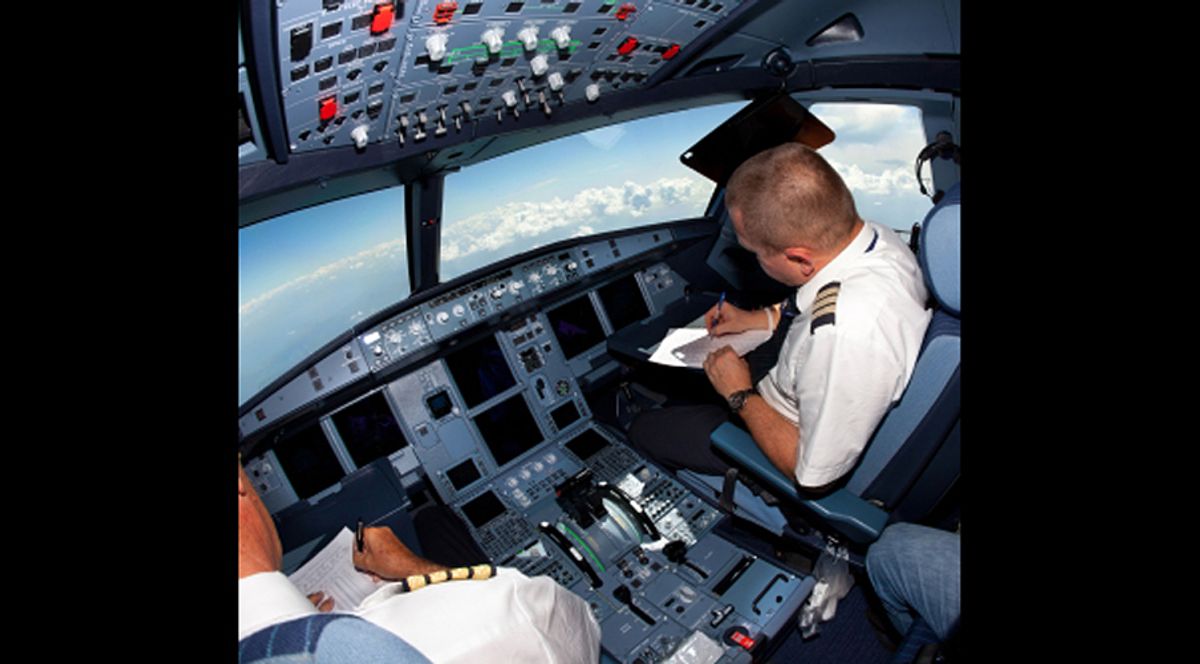 After almost a decade of procrastinating, the Federal Aviation Administration is finally moving on the issue of pilot fatigue. It has released a so-called notice of proposed rulemaking (NPRM) detailing various changes to pilot flight and duty time restrictions. Presumably it was last winter's crash of a Continental Connection turboprop outside Buffalo, in which fatigue is believed to have played a role, that pushed the agency to act. Industry and labor interests may now weigh in before a final set of rules is enacted.

In typical FAA fashion, the NPRM document is dizzyingly dense and tough to follow -- a legalese tangle of rules, provisions and conditions. Tucked inside, however, are some important and long overdue ideas.

The most beneficial of these will be a lengthening of mandatory pilot rest periods, and a change to the very definition of what a rest period is in the first place. This is something I've been calling for in my columns for years.

As it stands today, minimum layover rest can be as short as eight hours. That doesn't sound terribly abusive, until you start subtracting the time spent doing paperwork, waiting for the hotel van, driving to and from the airport, scrounging for food and so on. A pilot is considered off duty anywhere from 15 to 30 minutes after his final flight of the day shuts down at the gate. With paperwork and other duties to attend to, his rest clock often begins ticking while he is still at the airport -- sometimes still on the plane! And, the next morning, it ends not in the hotel lobby, but back at the airport at the moment of sign-in. So in reality, what exists on paper as a 10-hour layover might only include five or six hours of actual sleep.

No more. The NPRM would increase the minimum rest time from eight to nine hours, the period not beginning until the crew member reaches his or her hotel, and not ending until he or she checks out again.

This is perhaps the most welcome and effective measure in the package. It will be particularly helpful for pilots at the regional airlines, where short-duration layovers are common.

Also welcome is a call to reduce maximum duty time from 16 hours to 13 hours. The biggest factor in crew fatigue has never been cockpit time, but time spent on duty, which can include long stretches of sit-around time. On a given workday, a pilot might log only two hours on the flight deck. That sounds like an easy assignment, except when those two hours come at either end of a 14-hour duty stretch that began at 5 a.m., most of which was spent waiting out weather delays and killing time in the terminal.

(As I've described before, the ultimate horror is something called a "continuous duty" or "stand-up" layover. A crew signs on at, say, 9 p.m. and flies a single short leg, arriving at 11 p.m. The next leg isn't scheduled until 6 o'clock in the morning. The crew "stands up" until then, technically on-duty the entire night, maybe catching a nap at the motel. My copilot and I once spent a stand-up overnight dozing in the aisle of our Dash-8 turboprop on the tarmac in Bangor, Maine.)

One potentially troublesome part of the NPRM, however, is an extension of maximum cockpit time on domestic flights from eight hours a day to 10 hours. (International flying adheres to a slightly different set of rules, and long-haul flights carry augmented crews that work in shifts.) Critics of this proposal, including several pilots I spoke to, feel this could exacerbate rather than curb fatigue. For example, it would give airlines the ability to assign pilots to two cross-country flights in the same day. A crew could operate New York to Los Angeles, then back again, without exceeding the 13-hour duty limit or the new 10-hour flight-time limit.

"I would like to put all those who think this bill would reduce fatigue on one of those round trips to hell," says Ross "Rusty" Aimer, a retired United Airlines captain and the head of the Aviation Experts consulting group. "This bill was to finally combat the most dangerous enemy of aviation, pilot fatigue. It turned out to be a con job."

More troublesome than the time extension, in my opinion, is the NPRM's proposal to regulate the practice of "commuting." A commuter is a crew member who lives in one city but is based in another, and who flies to and from work assignments, often crossing one or more time zones. The FAA suggests that hours spent commuting should, in certain circumstances, be subtracted from required rest time.

Approximately 60 percent of crew members commute, pilots and flight attendants alike. (In some bases the percentage is much higher, often over 80 percent.) Commuting can be stressful and tiring, but on the whole pilots are pretty good at disciplining themselves when it comes to getting adequate rest prior to work. The problem is the assignments themselves -- especially at the regional level, where crews endure long duty days sandwiched between minimum rest layovers.

Any commuting provision would present large logistical complications both for crew members and airlines alike. And how such a provision might be enforced is unknown. In many ways this is a call to restrict what a crew member can or can't do in what is effectively his or her free time. And who's to say that sitting on an airplane is more stressful or fatiguing than anything else a pilot might be doing in the hours before he or she shows up to work?

And although commuting is a privilege that allows crews to live where they please, it can also be a practical necessity. Aircraft and base assignments change frequently, and having to uproot and move with each new bid posting -- especially if you're making $30,000 or less and trying to support a family -- would be enormously disruptive and expensive. Moreover, can you really expect a junior pilot or flight attendant to live in, say, Boston, New York City or any other expensive metropolitan area, on a regional airline salary?

Crew members commonly rent a part-time residency called a "crash pad," where they'll stay, if needed, on either end of a commute. (The décor and sanitary standards of the average crash pad are topic for another time; I once shared an apartment with six other pilots that we divided up with sheets of plywood.) Others, when it's affordable, purchase hotel rooms. A few have been known to sleep in cars.

For those assigned to international routes, commuting is comparatively easy. Our rotations tend to be longer, with some lasting 10 days or more, but we have fewer of them. An international category pilot will typically commute in two or three times each month, while a regional pilot on domestic runs might have to do it five, six or seven times.

Commutes through two or more time zones are not uncommon. I know a pilot who commutes to New York from Alaska. Another from France. I know of a flight attendant who makes the trip from Santiago, Chile, and another from Barcelona. Legend has it there was once an Eastern Airlines captain domiciled in Atlanta but who lived in Wellington, New Zealand.