"The Last Utopia": How we invented "human rights" 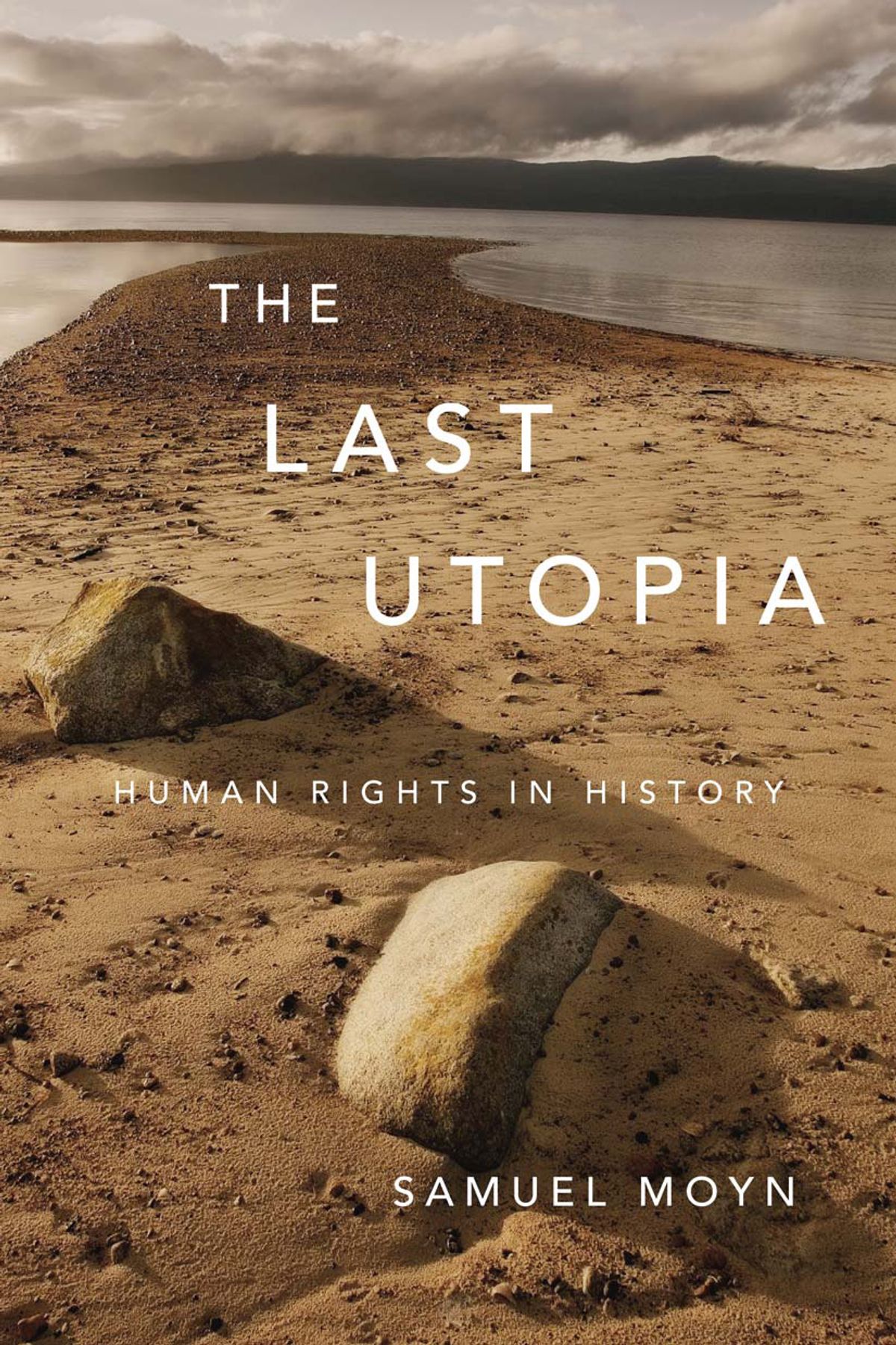 It's strange to think of human rights as having a history, much less a controversial one. Could anyone but a monster deny that every person has a right to be free and equal, to be protected against torture and censorship, to have enough to eat? Our reverence for human rights is so instinctive that, in the 21st century, whenever we see a gross injustice being committed, the most powerful objection we know how to raise is that someone's human rights are being violated -- whether it is Iraqis tortured at Abu Ghraib or women sentenced to stoning in Iran. And a whole powerful infrastructure has grown up to protect these rights, from the International Criminal Court to nongovernmental organizations like Human Rights Watch, which just received a $100 million donation from George Soros.

Yet as Samuel Moyn reminds us in "The Last Utopia: Human Rights in History" (Harvard), it is really just a few decades since human rights became the world's preferred vocabulary for talking about justice. In dating the birth of human rights, as an ideology and a movement, to the mid-1970s, Moyn is deliberately bucking a trend. Recent histories, notably "Inventing Human Rights" by Lynn Hunt, have tried to trace the origins of human rights back to Plato or the Bible, or to the Enlightenment and the French Revolution, or, at the latest, to the Holocaust, which is supposed to have shocked the world into recognizing a need to protect those rights.

Moyn argues convincingly, however, these attempts to create a "usable past" for human rights, well-intended though they are, actually distort the truth. To understand the real strengths and limitations of the idea of human rights, he argues, it is necessary to see it not as an ancient tradition but as "the last utopia," which emerged "in an age when other, previously more appealing utopias died." For decades after World War II, Moyn shows, people fighting for a more just world were more likely to talk about communist revolution or Third World liberation than about human rights. Examining a variety of sources, from U.N. debates to international lawyers' briefs, he demonstrates that the Universal Declaration of Human Rights, now considered a landmark document, was seen in 1948 as mere rhetoric, meant to soften the betrayal of the Allies' wartime promises to free all subject peoples.

The true creators of the contemporary human rights movement must be sought, instead, in the disillusioned 1970s, among Eastern European dissidents like Andrei Sakharov and Vaclav Havel, Latin American opponents of that continent's right-wing dictatorships, and especially President Jimmy Carter, who made human rights a centerpiece of his foreign policy. Post-'60s, post-Vietnam, post-Prague Spring, what these disparate figures had in common was a desire to escape the Cold War's political deadlock by finding a new, minimalist vocabulary for talking about justice. One of Moyn's chapter titles, "The Purity of This Struggle," comes from a famous essay by Havel, and suggests the attempt to move beyond Communism and capitalism to a quasi-religious language of good and evil.

The tendency of "The Last Utopia" is to make the reader a little suspicious of this purity. Without actually disparaging the human rights movement, Moyn displays a certain tempered nostalgia for the larger dreams of emancipation that were once dreamed on the left. "Human rights," he concludes, "easily [become] a recipe for the displacement of politics, forcing aspirations for change to present themselves as less controversial than they really are." Even if you don't share these qualms, however, "The Last Utopia" will shed important light on the actual history of our new global faith.