Stephen Colbert testifies before Congress, to the dismay of some Democrats

The satirical pundit argues for the legalization of undocumented farmworkers 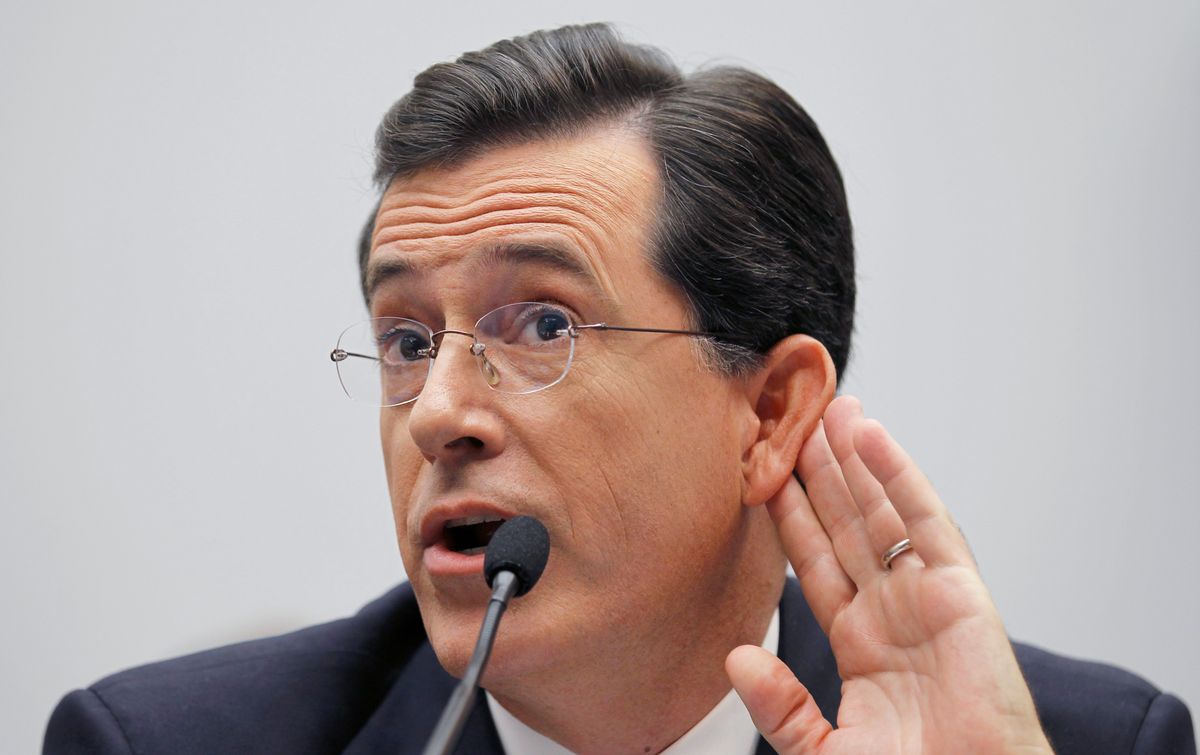 Faced with the inescapable fact that he is one of the two most effective mouthpieces for the progressive political agenda in the nation, comedian Stephen Colbert testified before the House Immigration and Agriculture subcommittee today in support of the legalization of undocumented agriculture workers.

It was weird. John Conyers initially asked Colbert to leave, but hearing chair Zoe Lofgren allowed him to stay. Colbert's prepared testimony was funny, but fell flat before an audience of self-serious old legislators. "Apparently, even the invisible hand doesn't want to pick beans."

Some good lines: "After all, it was the ancient Israelites who built the first food pyramid." And Colbert's great-grandfather didn't come to America to see this country "overrun by immigrants -- he did it because he killed a man back in Ireland."

Some Democrats, being idiots, decried Colbert's attempts to bring attention to the issue they were trying to bring attention to. Steve Cohen, who is usually pretty cool: "I don't think he should be here. It commercializes the committee." Rep. Cohen, what it does is get everyone on the Internet talking about your committee hearing, that would've otherwise been ignored. Colbert's presence makes his young, liberal viewers interested in the subject of immigration reform. You guys theoretically want young, liberal people to care about what you're doing, right?

Colbert is still taking questions, and answering with zingers, in character. It's all sort of awkward and weird, but anyone who'd accuse Colbert of making a mockery of the issue has probably never watched a subcommittee hearing before.

And now Steve King is accusing Colbert of ... something. Unpacking corn, instead of packing corn. King is starting an argument with a comedian about corn. He seriously attempted a gotcha moment, with Stephen Colbert, about a bit on his comedy program, which King watched on the YouTube. Which proves my point about who, exactly, makes mockeries of these things.

(Then Rep. Judy Chu noted that asking celebrities to testify before Congress has a long and storied history, with Republicans having once called on Elmo.)

Update: Colbert finally got serious, when asked by Chu why he cares about immigration. Colbert said he cares about people "with the least power." He quoted the Bible, as he often does: "Whatsoever you do to the least of my brothers ... these seem like the least of our brothers." And, simply: "Migrant workers suffer and have no rights." I think his willingness to break character like that proves the seriousness of his purpose. Now the committee is adjourned.