Cheer for your attacker, or else! 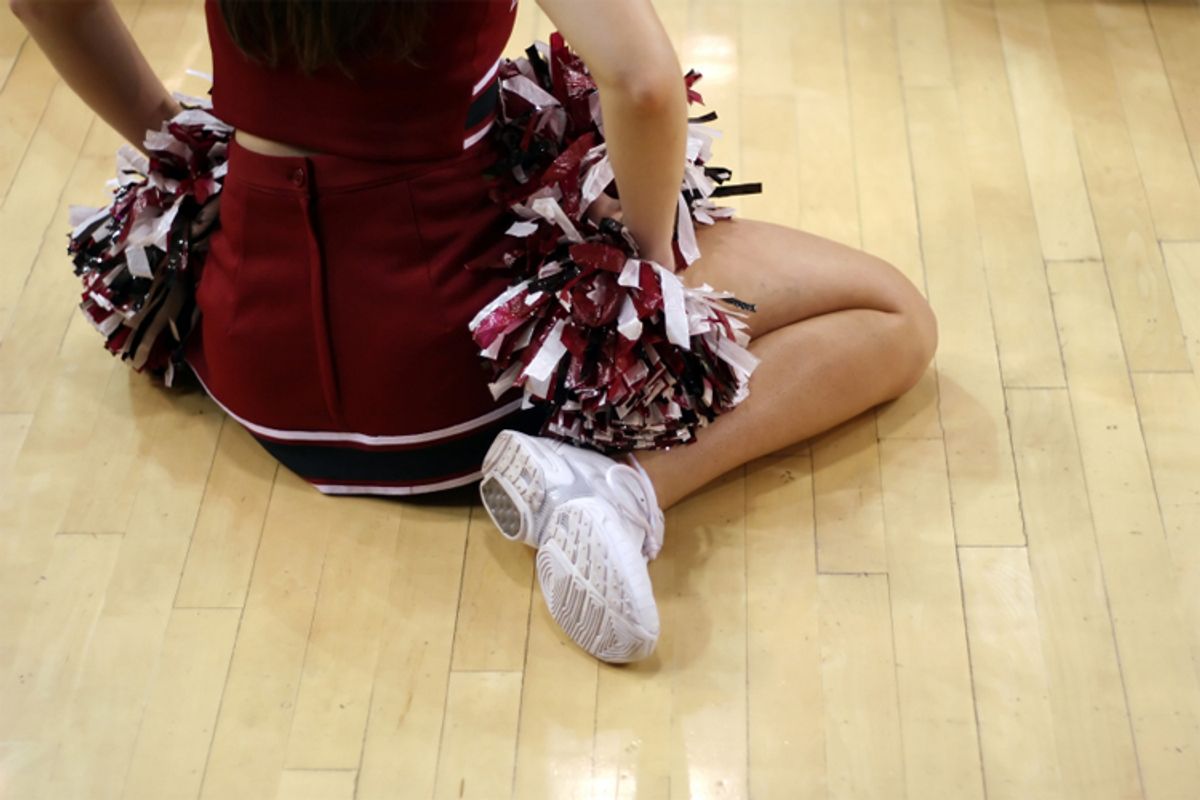 Cheerleading is often maligned as an illegitimate, unchallenging sport -- but you just try to imagine having to shake your pom-poms for an athlete accused of sexually assaulting you. An appeals court has ruled that a former high school cheerleader's refusal to root for a basketball player who she claims sexually assaulted her, and who pleaded guilty to a lesser charge of simple assault, is not protected under the First Amendment as free speech.

In 2008, the girl, dubbed H.S. in court documents, claimed that athletes Rakheem Bolton and Christian Rountree sexually assaulted her at a party when she was 16. A grand jury initially declined to indict the pair, and school officials "ordered her to cheer for Bolton when the other cheerleaders cheered or go home," reports First Amendment Center (FAC). H.S. agreed to go along with the routines, but refused to cheer for Bolton in particular, so she was cut from the squad. Her parents decided to sue the district attorney, the school district and the school's principal, alleging in part that H.S. "was punished because of her 'symbolic expression' not to cheer for Bolton," reports FAC. The suit was dismissed.

Months later, Bolton and Rountree were indicted and Bolton pleaded guilty to simple assault. Still, earlier this month, an appeals court upheld the original dismissal of the case, and its allegation of a First Amendment violation. A three-judge panel wrote that "in her capacity as cheerleader, H.S. served as a mouthpiece through which (the school district) could disseminate speech -- namely, support for its athletic teams." School officials "had no duty to promote H.S.'s message by allowing her to cheer or not cheer, as she saw fit."

I didn't think it was possible for cheerleading to look any less appealing to me -- but, thank you, 5th U.S. Circuit Court of Appeals, for proving me wrong.