Not a coincidence: Japan releases Chinese fishing captain and Congress gets busy on rare earth elements 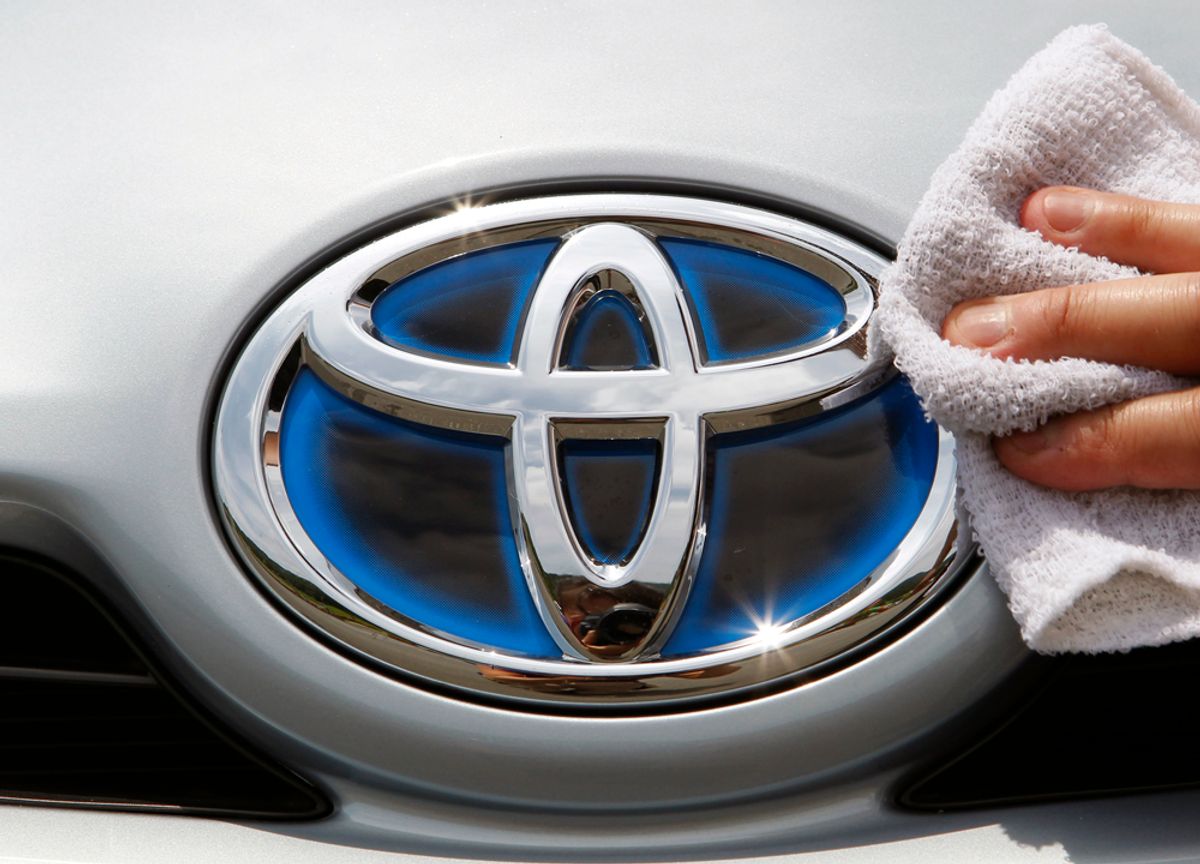 A Toyota Motor Corp's staff wipes the logo of the company's Prius Plug-In Hybrid during a promotional event in Hitachiota, about 130 km (81 miles) north of Tokyo June 17, 2010. As Japanese car sales plummet, Toyota is trying to get consumers here excited about cars -- and driving -- by promoting cities and villages around the country that can only be reached by automobile. REUTERS/Yuriko Nakao (JAPAN - Tags: TRANSPORT EMPLOYMENT BUSINESS) (Â© Yuriko Nakao / Reuters)
--

Whether or not China officially halted exports of rare earth elements to Japan in retaliation for the imprisonment of a Chinese fishing captain is now irrelevant. Japan has buckled. There is no other way to interpret the following statement.

"We decided it was inappropriate to continue the investigation while keeping the suspect in custody any further, considering the future of the Japan-China relationship," said Kenji Suzuki, a senior prosecutor at the Naha prosecutors' office in Okinawa, a hastily called news conference Friday afternoon.

Japanese hybrid car manufacturers, who gobble up huge quantities of rare earth elements, might be breathing a sigh of relief, but the story doesn't stop here. Japanese citizens are unhappy, the Economist is huffily warning that China's "entirely disproportionate action" calls "into question its maturity as a responsible international actor, and the U.S. government is finally paying serious attention to America's utter dependence on China for a critically important resource. On Thursday, the House Committee on Science and Technology approved H.R. 6160, the Rare Earths and Critical Materials Revitalization Act of 2010.

[R]are earths are necessary components of such advanced technologies as wind turbines, hybrid-vehicle batteries, weapons guidance systems, oil refining catalysts, computer disk drives, televisions and monitors, compact fluorescent light bulbs, and fiberoptic cable, to name a few. China currently controls an estimated 90-97 percent of the world's supply of rare earths, and it is pouring effort and money into a rapid buildup of its own high-technology industries that rely on rare earths. China began imposing export quotas on rare earths in 2006; the quotas have gotten steadily stricter, and China cut its rare earths exports for the second half of this year by 72 percent.

H.R. 6160 is co-sponsored by two Democrats and two Republicans. It will be interesting to see whether the bill ends up getting caught in the same partisan cross-fire crippling just about everything else currently struggling to move through Congress.