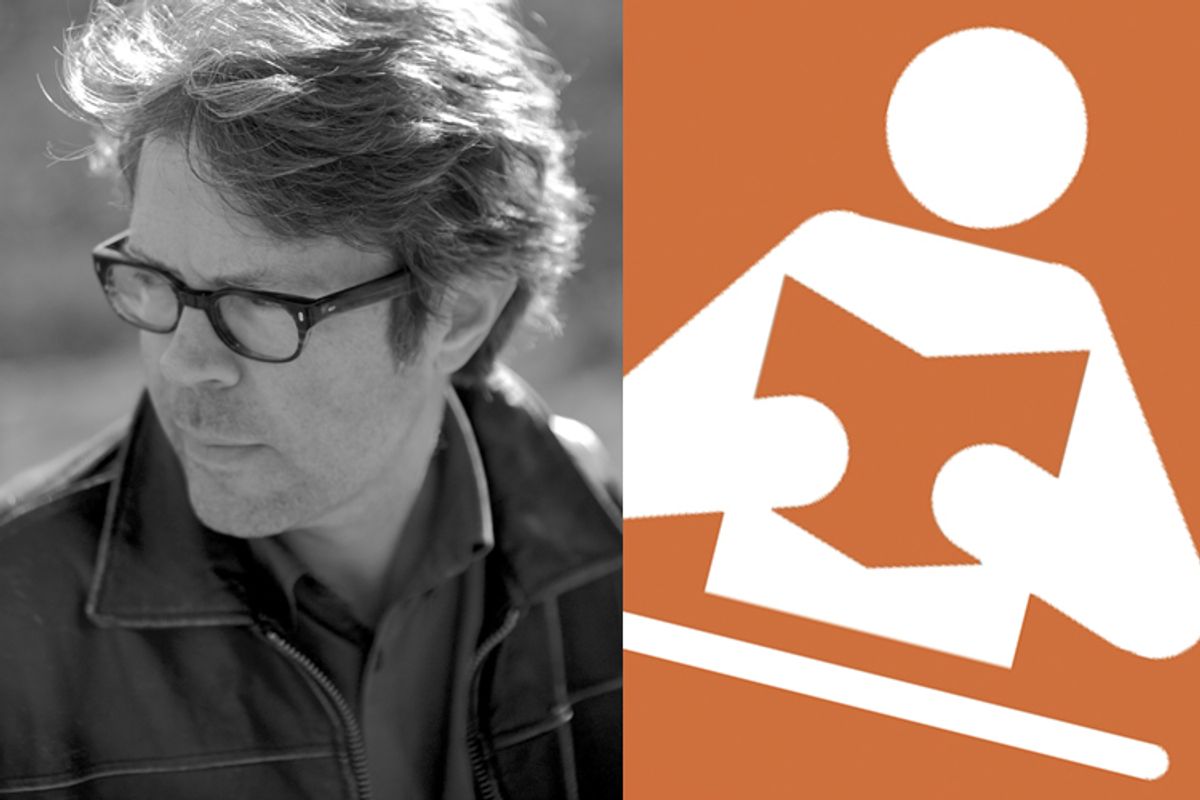 As you know, we really liked Jonathan Franzen's "Freedom." Over the past month, as part of the second edition of the Salon Reading Club, Laura Miller and Salon readers have been discussing everything about the book, from the characters we loved -- or loved to hate -- to our favorite sentences or the most memorable moments. Over the past month, we've also collected your questions for Jonathan Franzen (in the letters section and via e-mail) about everything from the "Franzenfreude" backlash to his own personal writing process.

What do you think of the phrase "Franzenfreude"?

I think in German it literally means "joy in Franzen." But I'm no stranger to literary envy and am in no position to deplore it in others.

There's been discussion in the Salon Reading Club about which character in "Freedom" most represents you. Which one is it?

All four characters draw equally on my experience of life, though I admit to having a particular fondness for the youngest of them.

The characters in "Freedom" appear to make decisions, but they're all rooted in their experience and biology. It's striking, for example, how much like Patty's father Walter turns out to be, and her relationships with both Walter and Richard make all sorts of sense on the basis of her upbringing. Where do you come down, ultimately, on the question of free will?

This is exactly the kind of question I want to leave to the reader. The novelist is responsible for creating an experience, not for interpreting it.

The book has received a tremendous amount of publicity. Is there another book that you really liked that has recently come out, that you think might have been overshadowed by your own?

I've been so busy with publicity that I haven't been able to read any recent releases, but reliable friends have told me that Jennifer Egan's and Gary Shteyngart's new books are very good.

Of the criticisms you've read of the book, which hits home the hardest?

Well, I don't read reviews, so I'm not familiar with the criticisms. But I'm sad when I do a public event and somebody tells me -- as if an author would want to hear this! -- that my characters are unlikable. I feel like I'm being told that I myself am unlikable.

A lot of writers really suffer through the experience of writing. Do you have fun when you write?

Obama famously was photographed with a copy of "Freedom." If he read it, what do you hope he took away?

I hope he was so preoccupied with urgent national affairs that he wasn't able to take away much more than a general enjoyment of the experience. I didn't vote for him in expectation of his mooning around pondering literary novels.

In a way, the book is about watching flawed humans during the downturn of an empire using their glorious "freedom" to do damage to those they love, to animals, to other countries. In writing the book, were you thinking of George W. Bush's use and misuse of the word "freedom"?