The decision that could cost Democrats the Senate

Barack Obama's old Senate seat is there for the taking, but Democrats already missed their best chance to grab it 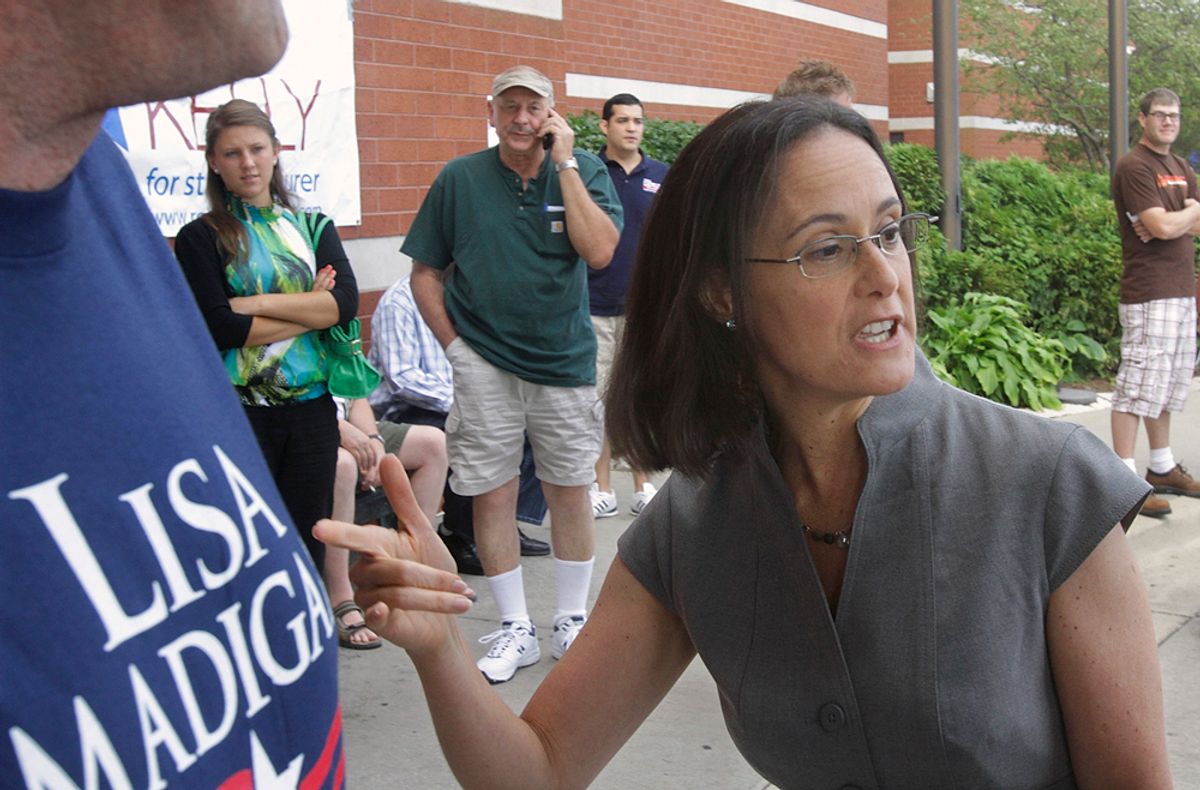 In the last week, polls have shown the Democrats' Senate firewall crumbling, with the party's candidates in Connecticut, West Virginia and maybe even New York -- all states that were thought to be far beyond the Republicans' reach -- suddenly and shockingly in dogfights.

The prospect of losses in these states magnifies the importance to Democrats of the race for Barack Obama's old Senate seat in Illinois. Lose it, and they just might lose the Senate. Given this reality, it's likely that a frustratingly unfulfilled opportunity is dancing through some Democrats' minds these days: What if Lisa had run?

That would be Lisa Madigan, Illinois' popular attorney general, whose refusal to run has left Democrats with a mediocre nominee who is in grave danger of losing the seat.

Entering this cycle, it seemed unthinkable that Obama’s seat might actually be in play. Despite expectations that the midterms would cut into the Democrats’ 2006 and 2008 gains, the general feeling was that Obama’s seat would be a national exception to any Republican tide.

But this thinking has been turned on its head as Obama’s approval ratings have plummeted and after Republicans recruited moderate Rep. Mark Kirk for the race, transforming it into a toss-up. For their nominee, Democrats chose the weak and uninspiring Alexi Giannoulias, who has been dragged down by the turmoil at the bank his family owns (and where he served as a vice president from 2002 to 2006), which was seized by the government earlier this year.

With his baggage, Giannoulias may be the Democrats' single biggest impediment to holding the Obama seat. This wouldn't have been the case with Madigan.

First elected as A.G. in 2002, Madigan is by far the state’s most popular politician, in part because of her family name -- her father is the longtime state House speaker -- but in larger part because she is one of the few top state leaders who has not been embroiled in scandal. Given her standing, it wasn’t surprising that Democrats targeted her as their top choice for the Senate race -- and for the governor's race, which was thrown into turmoil by Rod Blagojevich's impeachment last year.

But after flirting with both contests -- and taking a trip to the White House, where the president's political advisers more or less pleaded with her to enter the Senate race -- Madigan stunned Democrats by opting to seek another term as A.G. instead.

Madigan’s reasons probably had to do with apprehension and entitlement. Sensing the prevailing winds, she was likely nervous to take such a big plunge in 2010, when a loss might end her fast ascendance. She also apparently demanded that the White House clear the Senate primary field for her, something the famously risk-averse administration wouldn’t do. This aversion to primaries probably kept her out of the governor's race, too, since she would have faced a Democratic contest against Pat Quinn, the accidental governor who replaced Blagojevich.

Without Madigan, Democrats are now stuck with candidates who may be fatally weak in the two biggest races in Illinois. In the midst of several embarrassing developments, Quinn has fallen far behind his Republican foe and, incredibly, a recent survey gives him only a 23 percent approval rating -- and less support among independents than the Green Party candidate. On the Senate side, Giannoulias remains effectively tied with Kirk, he has about one-fourth as much money as Kirk heading into the homestretch (and he's still saddled with the family bank baggage). Almost certainly, Madigan would have been in far better position to hold either seat.

Moreover, Madigan’s presence at the top of the ballot would have been helpful to beleaguered Democrats down-ballot, like freshman Rep. Deborah Halvorson. And her absence from the governor’s race is particularly painful, since the election of a Republican governor would prevent the legislature from passing a Democratic-leaning congressional map. (There is irony here, because it was Speaker Michael Madigan who put the kibosh on an effort to redraw the lines in the middle of last decade, which would have resulted in a more Democratic-friendly scheme.)

Many Democrats maintain that Obama will be able to swoop in and save Quinn and Giannoulias. But they should think again, with a recent poll showing that 40 percent of Illinois voters would be less likely to support a candidate backed by the president. The conventional wisdom that Illinois is the one state where Obama could still have positive potency as a campaigner is just not true.

Democrats are on the cusp of ceding the two top elected offices in Illinois to Republicans, and for that they have Lisa Madigan to thank. And if the Democrats end up with a 50-50 Senate or even the loss of their upper chamber majority, stunningly -- and perhaps appropriately -- President Obama’s former seat could end up being the key one to fall. In a year of horrendous results for Democrats, that would easily be the cruelest cut of all.

Should these embarrassing losses come to pass, Illinois Democrats should remember Madigan's calculated timidity when she inevitably decides to seek a promotion down the road.