An invitation to bring your pitchforks: The big bank is back to its old excessively compensating ways 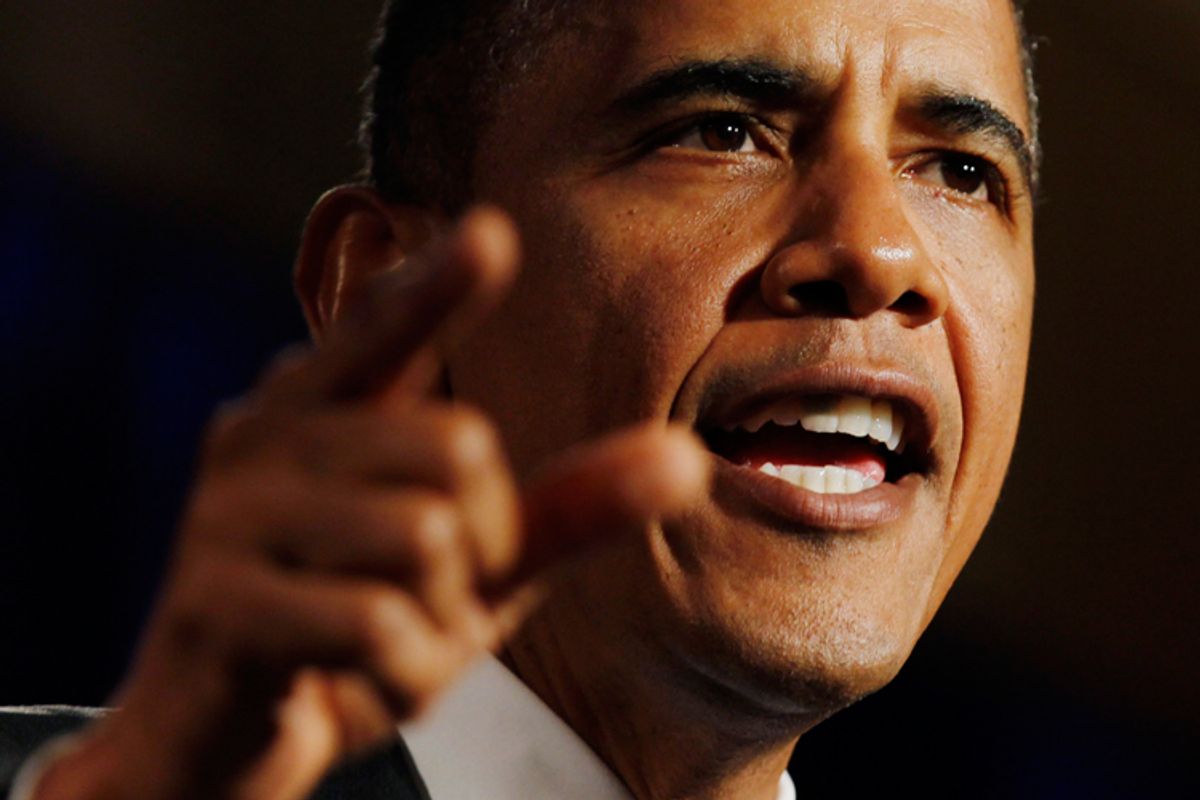 The U.S. government still owns about 17 percent of Citigroup, and it is probably reasonable to assume that the general public is still as outraged about excessive executive compensation as it was last year and the year before, but for the big bank, reports the Wall Street Journal everything is getting back to normal. With a deal supposed to be worth $30 million over the next three years, Citigroup has lured a top Houston-based energy banker away from UBS.

The deal with Stephen Trauber, an energy banker who defected this month to Citigroup from UBS AG, comes months after U.S. Treasury Department "pay czar" Kenneth Feinberg ended his oversight of Citigroup's pay practices.... [T]he hiring coup was seen as a sign the bank has grown confident it can grant hefty pay packages without fear of government objection.

And why not? After years of growing income inequality, and a time when the American electorate is more upset and angry at Wall Street than it has been in decades, Democratic majorities in both the Senate and the House cannot even find their way to holding so much as a vote on whether or not to extend tax cuts for the rich. It's almost as if Citigroup is taunting the Obama administration. You saved our bacon with bailouts, and you nicely refused to nationalize us. In return, we will now pretend that the last three years never even happened.

Writing in the Washington Post, political scientists Jacob Hacker and Paul Pierson contribute an interesting piece of analysis that I was initially ready to write off just based on the headline alone: "Wall Street's attacks could turn President Obama into a true populist." Obama, I think most people would agree, whether fans or foes, will never be a "true" populist. That's simply not the kind of guy he is.

But Hacker and Pierson actually make a pretty good case that the political dynamics are about to change drastically -- and Citigroup is definitely lending a helping hand. Up until now, for Obama to get any planks of his agenda passed required appeasing Democratic moderates -- exactly the people who right now are unwilling to take a stand on tax cuts for the rich. But after the election, the power of the moderate Democratic faction is likely to be greatly reduced. Part of this will be because Republicans retake House seats in districts that are traditionally more conservative. Part of it will be a numbers game. Getting to sixty votes in the Senate will now be impossible and the Republicans may well have a majority in the House. In this scenario, Obama has nothing to gain by continuing to hew to the middle ground, and a lot to lose if he doesn't start figuring out a way to build up voter enthusiasm for Democrats by 2012.

Wall Street, on its part, is absolutely begging for retaliation. As Hacker and Pierson observe, the business community's perception that Obama is somehow anti-business has little connection to reality.

The business-Obama divorce isn't about personalities, and it's not because the president and his economic team have pursued anti-business policies. Instead, it reflects a deeper disconnect between corporate leaders and the rest of America, rooted not just in the economic privileges executives enjoy but also in the particular ways business connects to Washington. This disconnect has blinded corporate leaders to the extent to which most Americans feel that the government, far from crushing corporate America, has been looking out only for those at the top....

The first reason for the disconnect is simply that the economic status quo is a lot less ugly for those at the top than for other Americans: Since the late 1970s, while middle-class incomes have grown only modestly, the incomes of the very richest Americans have skyrocketed. On Wall Street and off, executives have continued to pocket huge sums, even at moments when their companies and shareholders have suffered.

Case in point: Citigroup's Stephen Trauber hire. It's really hard to miss the connecting dots here. The middle class continues to get hammered, but Wall Street is back to its same old games, and thus, the case for raising taxes on the rich has never been better.

Need more convincing? David Cay Johnston crunches the latest numbers to get a sense of what the Bush tax cuts delivered to ordinary Americans. You have to wade through a lot of wonky analysis, but then Johnston hits you with his sledgehammer.

The tax cuts did not spur investment. Job growth in the George W. Bush years was one-seventh that of the Clinton years. Nixon and Ford did better than Bush on jobs. Wages fell during the last administration. Average incomes fell. The number of Americans in poverty, as officially measured, hit a 16-year high last year of 43.6 million, though a National Academy of Sciences study says that the real poverty figure is closer to 51 million. Food banks are swamped. Foreclosure signs are everywhere. Americans and their governments are drowning in debt. And at the nexus of tax and healthcare, Republican ideas perpetuate a cruel and immoral system that rations healthcare -- while consuming every sixth dollar in the economy and making businesses, especially small businesses, less efficient and less profitable.

This is economic madness. It is policy divorced from empirical evidence. It is insanity because the policies are illusory and delusional. The evidence is in, and it shows beyond a shadow of a reasonable doubt that the 2001 and 2003 tax cuts failed to achieve the promised goals.

The Republicans have made it clear -- they are campaigning on a return to the Bush years -- less regulation and more tax cuts. If Obama doesn't become at least a reasonable facsimile of a populist in response, he won't get, nor will he deserve, a second term.