"That's like the lowest response I have ever heard from a candidate," CNN host tells Republican House hopeful 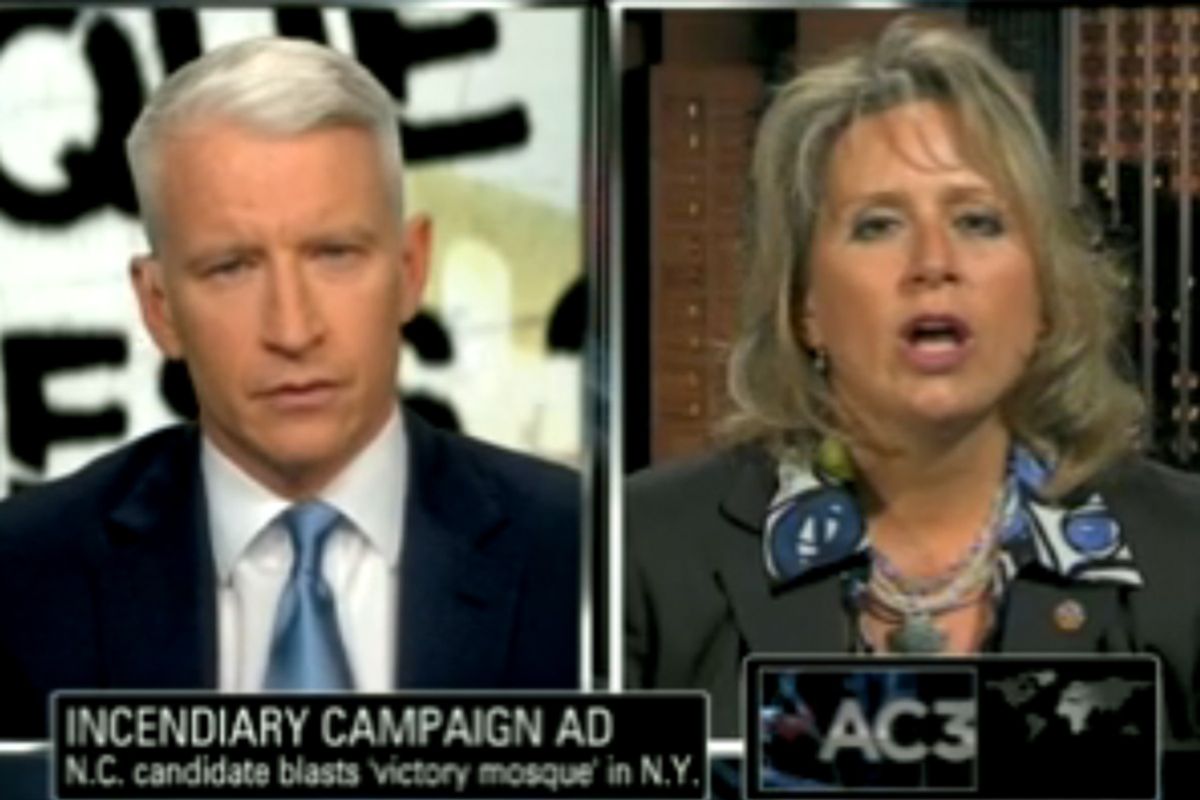 On Friday night, Anderson Cooper conducted a must-see interview with congressional candidate Renee Ellmers, the North Carolina Republican who is running the most baldly anti-Muslim advertisement of the year. This was the ad we told you about last week that refers to the organizers of Park51, "the Muslims," and "terrorists" interchangeably.

She floats the idea that the organizers of Park51 are terrorists before acknowledging that she doesn't know much about Imam Feisal Abdul Rauf.

During an exchange about whether Park51 is a "victory mosque," a frustrated Cooper exclaims: "That's like the lowest response I have ever heard from a candidate, I have got to tell you."