The Republican plan to save jobs: Return to the laissez-faire policies that lost them in the first place 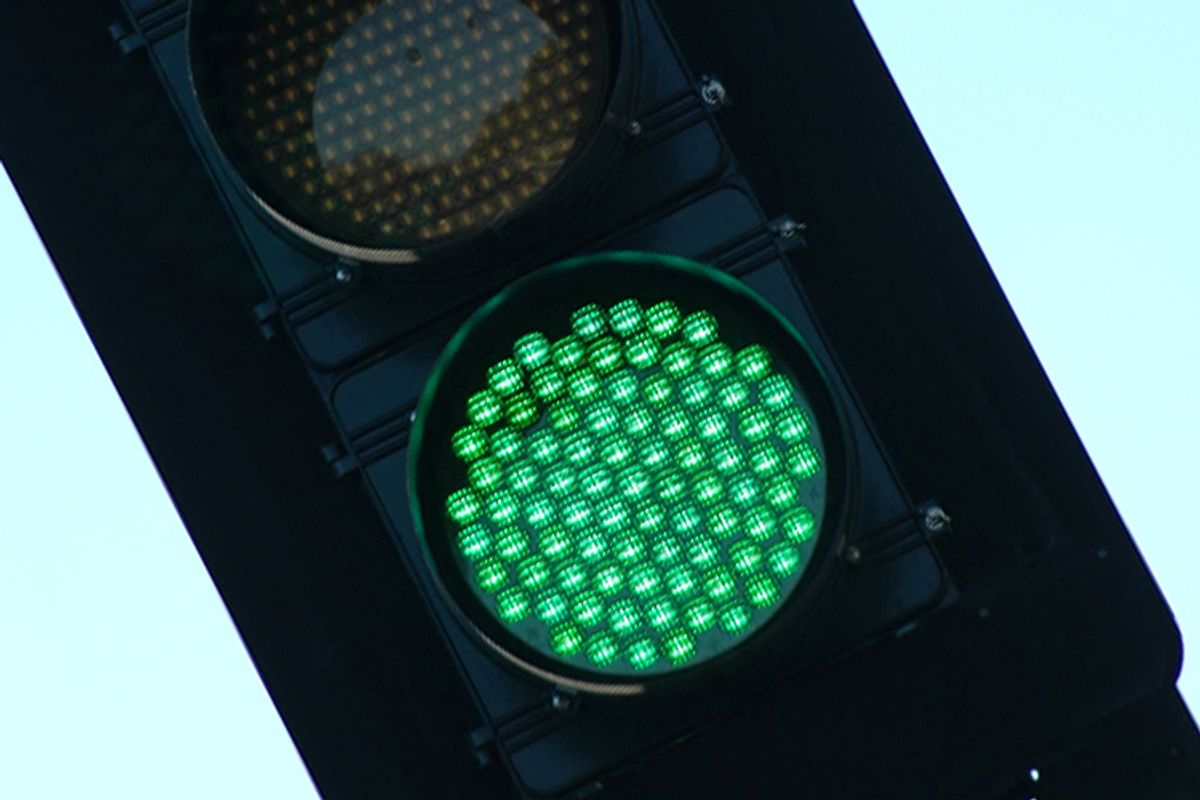 The party that wants to turn back time isn't content with promising to repeal only legislation passed since President Obama was elected. Three GOP legislators have also proposed repealing parts of a bill signed by George W. Bush.

Three House Republicans, Joe Barton and Michael Burgess of Texas and Marsha Blackburn of Tennessee, have introduced the Better Use of Light Bulbs Act, which would repeal the section of the Energy Independence and Security Act of 2007 that sets minimum energy efficiency standards for light bulbs and would effectively phase out most ordinary incandescents.

While the new standards won't take effect until 2012, the authors argue that they are having a negative impact. Specifically, they say the standards have led lighting companies to close several incandescent light bulb factories in the United States and send jobs overseas -- particularly to China, where most compact fluorescent light bulbs, which are more efficient than incandescents, are manufactured.

"Washington banned a perfectly good product and fired hard working Americans based on little more than their own whim and the silly notion that they know better than the American consumer," said Marsha Blackburn.

This is mostly nonsense. The writing has been on the wall for incandescents for years. Incandescents are highly inefficient -- they waste a vast amount of the electricity that they consume as heat. If they're not replaced by compact fluorescents in the short-term, they will undoubtedly be sent the way of the dinosaurs by light-emitting-diode (LED) technology in the long run. Republicans should not be worrying about saving the jobs of a handful of workers still laboring on a 100-year-old technology, but figuring out how best to ensure that the United States has a competitive position in the next generation of lighting technology.

The Obama administration has at least made an effort in that direction. For example, if you do a Google search for "LED traffic lights" and "stimulus" you will find scores of municipalities across the country that are taking advantage of Energy Efficiency and Conservation block grants made available by the Recovery Act to help pay for the replacement of incandescent traffic lights with LED traffic lights. This makes sense for a bunch of reasons: LEDs last longer, use less electricity, and are brighter. Theoretically, creating more demand for LED lights would give a boost to American companies that have invested in the LED sector.

However, it's not so simple, because the LED lighting market is also already dominated by foreign suppliers. So much so that the U.S. government had to issue a waiver to the Buy American clause in the American Recovery and Reinvestment Act because most energy-efficient lighting devices are manufactured in either China or Mexico. One Taiwanese manufacturer, Leotek, controls about a third of the U.S. market for LED traffic lights.

The fact that stimulus money is ending up in Taiwanese pockets -- even as it lowers electricity consumption for U.S. municipalities and backstops the salaries of the workers who install those lights -- is no doubt maddening to those who would like to see every dollar of U.S. government spending remain onshore. Earlier this month, the Indiana Business Journal reported that a U.S.-based manufacturer of LED traffic lights, Dialight, is contesting a decision by Indianapolis to choose Leotek for its stimulus-funded switch-over, so there may also be some question as to whether the Buy American waiver should be applicable to LED traffic lights. But that's kind of missing the point. This is the world we live in: If local governments are looking for low-cost, energy-efficient solutions to their infrastructure needs -- particularly in lighting -- foreign suppliers have a wealth of products to offer.

A brief sketch of Leotek's history is instructive.The founder, Chen H. Wu, got a Ph.D. in material sciences from Stanford and then went to work for Hewlett Packard on LED-related technology. After nine years, following a path well trodden by generations of ambitious Silicon Valley engineers, he decided to start his own company. His headquarters ended up in Taiwan -- in part because of the relentless mathematics of globalization: Labor and material costs were cheaper. But also in part because Taiwan's government has long offered extensive support to start-ups in industries that have been targeted as strategically important. So despite the fact that most of the key LED patents are owned by American and Japanese companies, Taiwan is now the second largest supplier of LED lighting devices in the world.

Taiwan did not get to its dominant position as a manufacturer of high technology devices by accident. Government planning played a crucial role, just as it does in China.

The Obama administration isn't doing nearly enough to support research and development and entrepreneurial formation in the industries of the future -- although the proliferation of new, stimulus plan-funded battery companies in the Rust Belt is a clear indication of at least a modicum of forward-thinking resolve. But the Republican position represents a return to the short-term obsessed policies that got us where we are today -- increasingly unable to effectively compete in an era of globalized markets. In their attempts to save a soon-to-be-obsolete industry, Barton and Blackburn are telling us, once again, that government planning doesn't work ever. But if that's so, why is the U.S. getting its ass kicked?