Another fun weekend for Christine O'Donnell 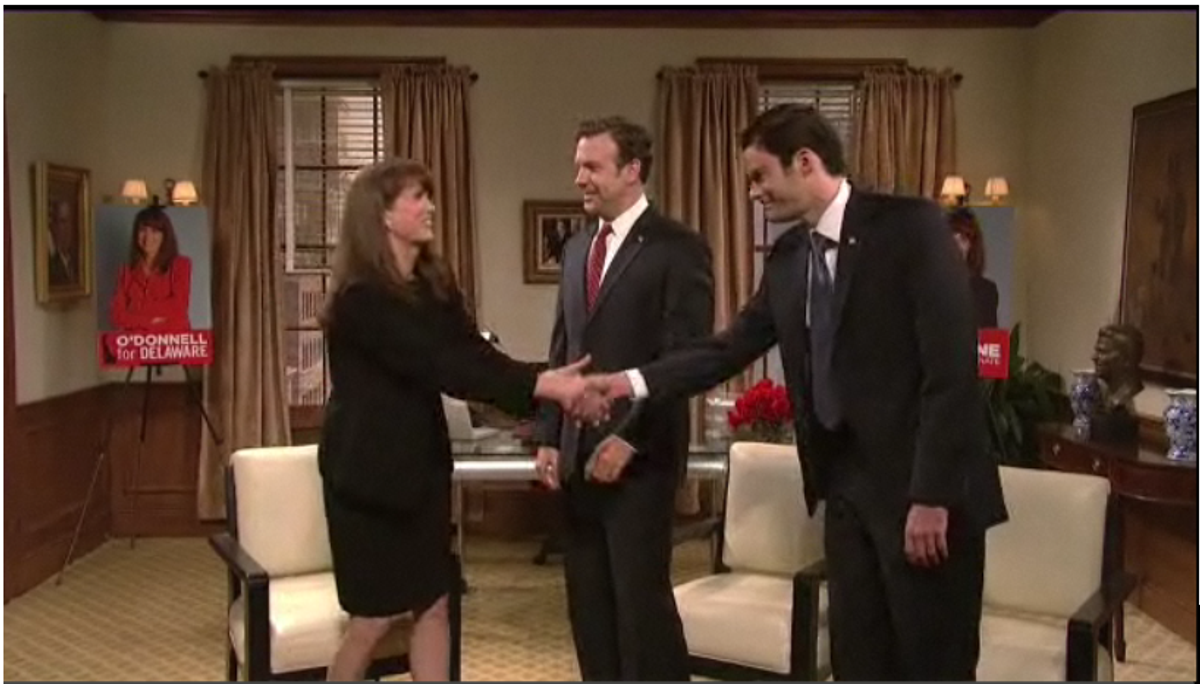 Recent polling (not to mention common sense) indicates that Christine O'Donnell will probably fall short in Delaware's U.S. Senate race this November. Which is probably a good thing for her, since she'll be better positioned as a non-senator to cash in on her new status as polarizing culture wars symbol. (And she could probably use the money, too, if the revelations about her apparent reliance on campaign funds for basic personal expenses are any indicator.)

First up was an October 1998 appearance on Bill Maher's old "Politically Incorrect" show in which O'Donnell branded evolution "a myth" and asked "why aren't monkeys still evolving into humans?" Maher played the 12-year-old comment on HBO on Friday night as part of his pledge to reveal one classic O'Donnell moment each week until she agrees to come on his show:

It's tempting to wonder why O'Donnell doesn't just give in and relent to an appearance on Maher's show, which will be airing new episodes through the election. Then again, what's the rush? Just like the 2008 election did nothing to dull the media's appetite for Sarah Palin, O'Donnell will still be in plenty of demand after Nov. 2. She can hit Maher's show -- and plenty of others -- then.

The weekend's other notable O'Donnell video comes courtesy of "Saturday Night Live," which imagines O'Donnell meeting with officials at the Republican National Committee and admitting that she masturbates "constantly," previously ran a dog-fighting business, and once committed arson "for revenge":