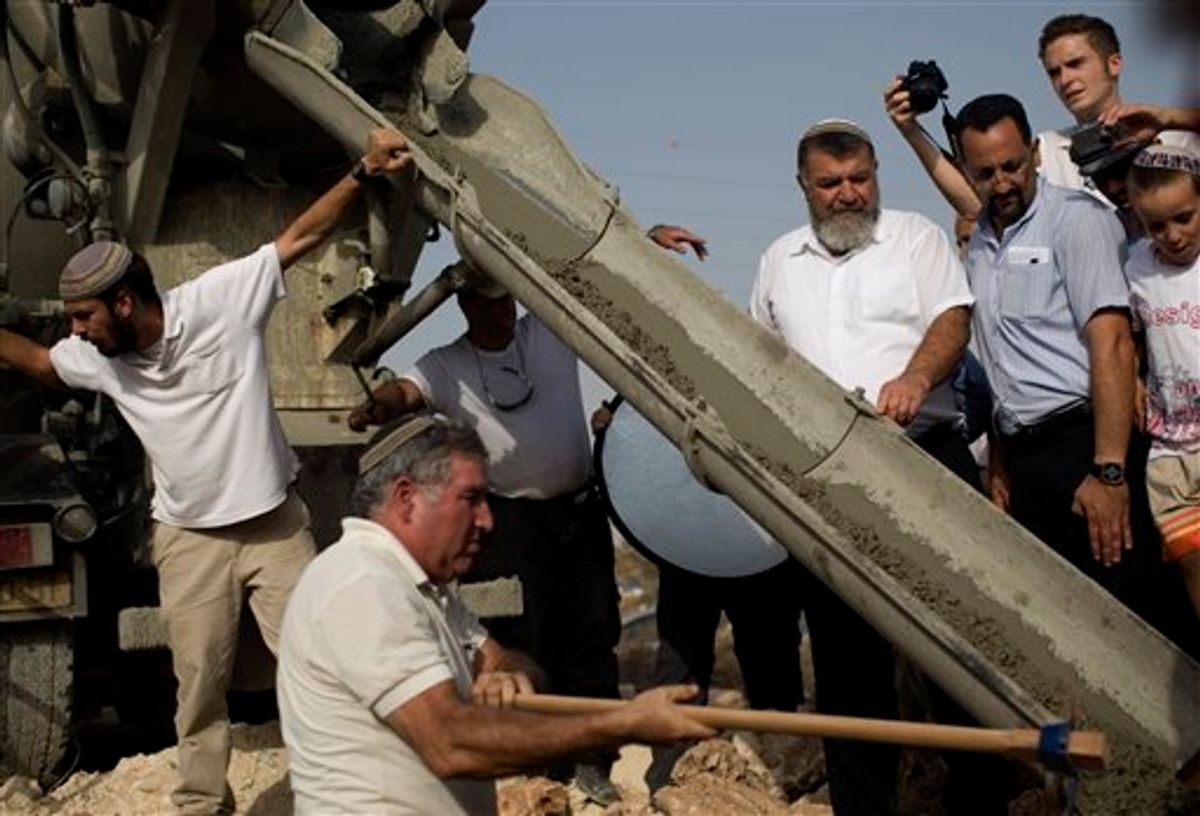 Jewish settlers participate in a cornerstone laying ceremony for a daycare center at the West Bank Jewish settlement of Kiryat Netafim, Sunday, Sept. 26, 2010. With a midnight deadline looming, Israel's prime minister on Sunday called on West Bank settlers to "show restraint" after the end of a government-ordered construction slowdown, attempting to lower tensions with the Palestinians and prevent a breakdown in newly relaunched Mideast talks. (AP Photo/Ariel Schalit) (AP)
--

There are a lot of headlines right now about the end of the Netanyahu administration's (partial, qualified) settlement "freeze" and what this development means for the Obama-sponsored peace talks.

But here's some key context that is not getting enough play: The 10-month "freeze" barely slowed down construction of Jewish settlements in the occupied West Bank, according to an independent AP analysis last week.

But the government's own figures — and the assessments of Israeli peace activists monitoring construction — show building has barely slowed down.

In the third quarter of 2009, before the restrictions were imposed last November, there were 2,790 settlement homes in various stages of construction, according to Israel's Central Bureau of Statistics. The number rose to 2,955 in the last quarter of 2009, reflecting a last-minute surge of housing starts in the days leading up to the freeze.

That means that even months into the halt, the number of homes under construction had declined by only about 10 percent.

One reason for these numbers is that the "freeze" only applied to starting new construction -- projects already underway could continue.

This does not mean it's insignificant that Netanyahu decided to allow the "freeze" to expire -- that development is a terrible sign for the peace talks, as many analysts, including Peter Beinart, observe today. Rather, it means that the entire exercise should be seen as largely symbolic.

Today, the settlers are celebrating.