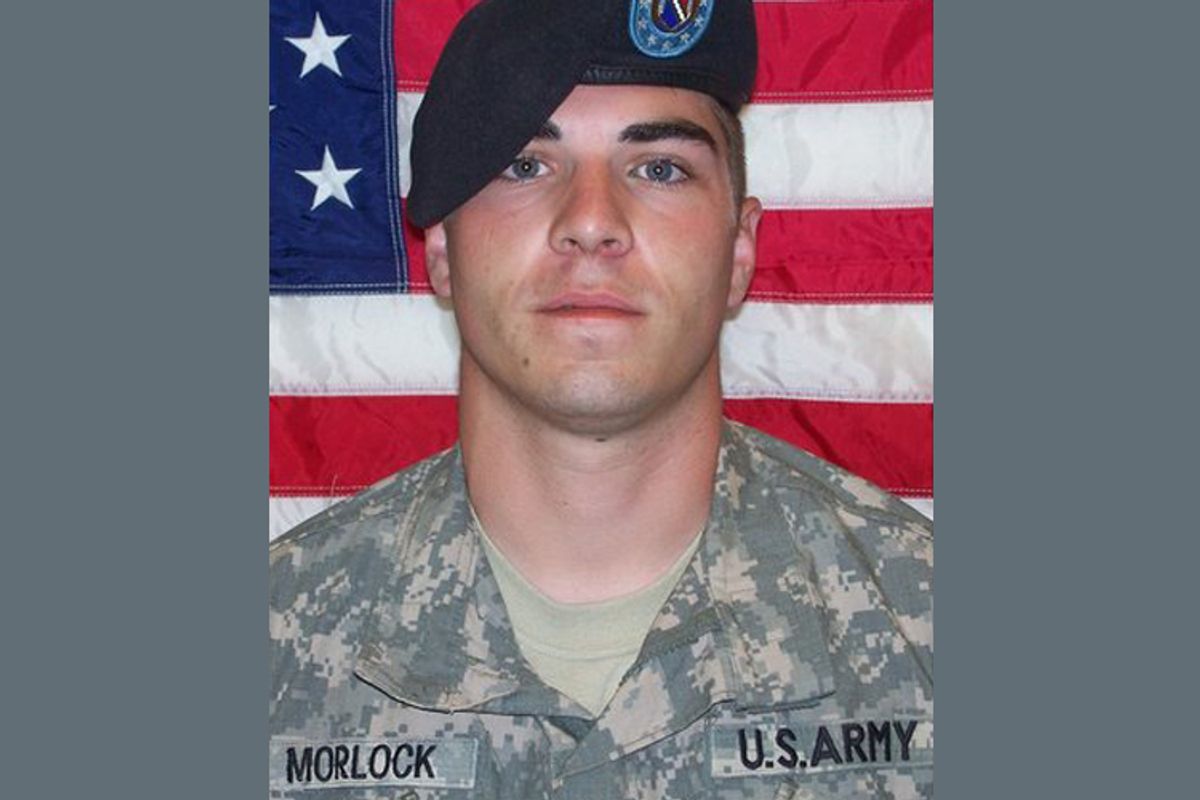 Five soldiers from the Army's 5th Stryker Brigade have been charged with randomly murdering Afghan civilians in one of the most gruesome alleged war crime cases of the past decade. We're now learning there are potentially explosive pictures -- which are being kept from the public, for now -- that reportedly depict U.S. soldiers posing with dead Afghans.

Hearings to determine whether the case will go to court-martial are being held at Joint Base Lewis-McChord in Washington state. The Times reported Monday on images that are being used as evidence in the case:

The soldiers are accused of possessing dismembered body parts, including fingers and a skull, and collecting photographs of dead Afghans. Some images show soldiers posing with the dead. As many as 70 images are believed to be in evidence ...

The power of images in the case was apparent last week, when the commander of the Stryker brigade in which the soldiers serve ordered photographic evidence to be strictly controlled by investigators at Joint Base Lewis-McChord, with access limited to lawyers.

A memo circulated by a military defense lawyer the previous week described an inadvertent release of photographs, including three that show American soldiers holding up the heads of dead Afghans

It's not clear to whom those photographs were inadvertently released. They were described by the defense lawyer as showing "photos of three dead Afghans with three different soldiers posing, holding up the decedent’s head. (Each photo was one Afghan, one soldier.)," according to a previous Times account.

And here's what Army official Col. Barry Huggins said in his memo barring release of the photos:

"I have determined that the risk of potential prejudice to the substantive rights of the accused, as well as negative impact on the reputation of the armed forces, associated with the potential public dissemination of these images outweighs minimal hardship upon the accused as a result of this order."

But government secrecy expert Steven Aftergood of the Federation of American Scientists told Salon he does not believe the Army has grounds to keep the pictures secret indefinitely. "With respect to the impact on the reputation of the armed services, there's no exemption from disclosure for avoiding bad publicity -- with one exception," he said.

That exception is an amendment to the Freedom of Information Act (FOIA) that Congress passed and President Obama signed last year in response to a FOIA lawsuit brought by the American Civil Liberties Union that would have forced the government to release pictures of military detainee abuse.  Obama outlined his opposition to releasing those pictures in a landmark speech at the National Archives in May 2009.

That amendment to the FOIA law, however, applies only to photographs taken between Sept. 11, 2001, and Jan. 22, 2009 (the second day of Obama's presidency). The alleged killings of Afghan civilians by the Stryker soldiers occured in 2010, so the pictures in this new case were presumably taken after the period covered by the law.

We've filed a FOIA  request for the pictures and, naturally, we will keep you posted.