The "Democratic doom" narrative is meant to demoralize, but even Scott Rasmussen believes Dems will hold the Senate 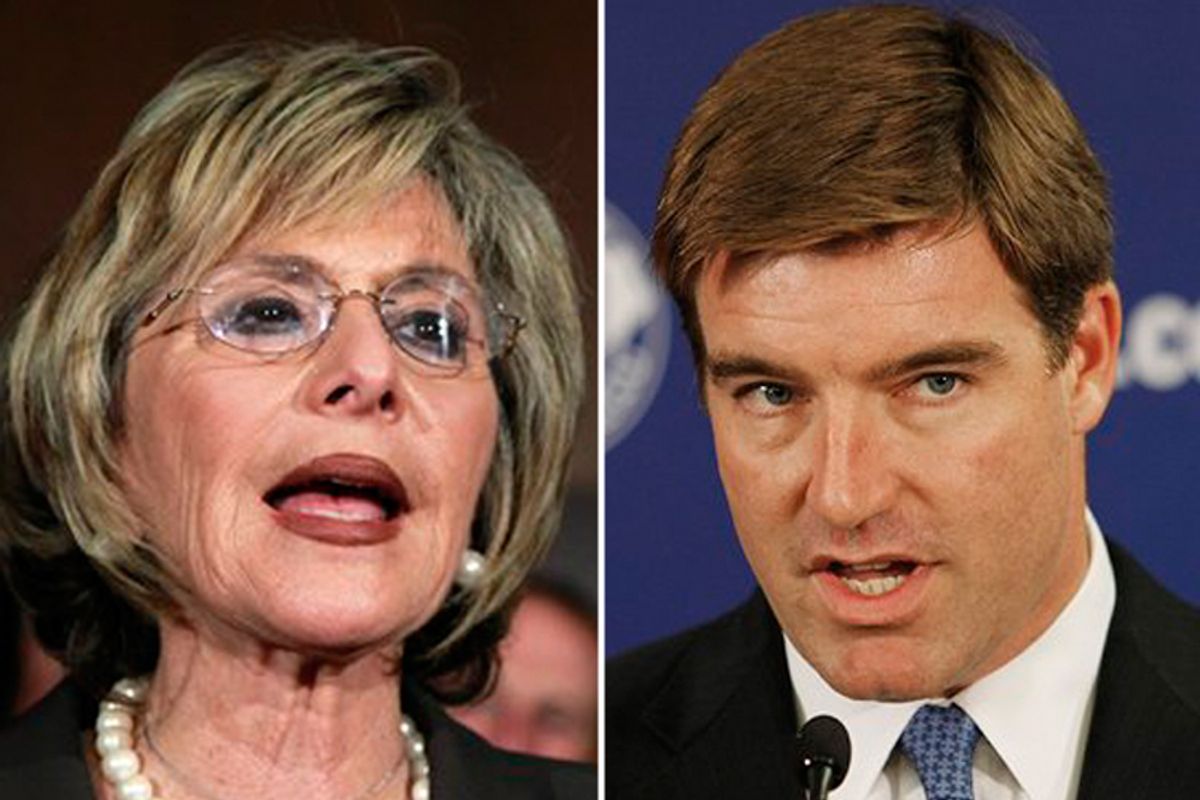 Creating the universal premonition of Democratic doom is always among the most useful elements of Republican strategy. A broad feeling of foreboding demoralizes the party base, repels independent voters who prefer the winning side, and strikes emotional chords that are at least as important in electoral behavior as ideologies and issues. So Republican leaders and pundits regularly issue outlandish predictions of crushing victory, echoed across the media spectrum until they become self-fulfilling.

This year's real conditions for Democrats are certainly threatening, but there are indications that the impending repudiation will not be as devastating as suggested by the current narrative. Whatever ultimately happens in the House, where a Republican takeover appears likely if not inevitable, the Senate will probably remain under Democratic control -- despite enormous spending by "independent" groups such as the Club for Growth, the voice of Wall Street conservatives; American Crossroads, the Karl Rove outfit; and the Chamber of Commerce.

At least that is the view of Scott Rasmussen, the pollster whose survey techniques and conservative predilections have often provoked suspicions of Republican bias in his results. As of last Friday, Rasmussen's latest "Midterm Election Update" said that "a Republican takeover of the Senate appears unlikely," with Democrats predicted to hold at least 51 seats, Republicans at least 45, and four races (in Nevada, Colorado, Wisconsin and Illinois) rated as tossups. Today Rasmussen marginally revised that estimate by moving West Virginia into the "Toss-up" column when a new poll showed popular Democratic Gov. Joe Manchin slightly behind Republican businessman John Raese in the Senate race.

Meanwhile the revision of Republican expectations of glory is fully underway in California, where Sen. Barbara Boxer was once among the GOP's prime targets. Now the incumbent Democrat is starting to pull ahead of Republican Carly Fiorina, despite a wave of negative ads bought by the Chamber of Commerce and other third-party opponents. (Last week Rasmussen revised its assessment of the race from Toss-Up to Lean Dem.) Even more notable is the surge of Attorney General Jerry Brown, the Democrat running for governor against former eBay CEO Meg Whitman, billionaire darling of the Republican right, whose record campaign expenditure of $120 million (and climbing) is expected to be four or five times more than that of her opponent. That massive spending imbalance, with thousands of anti-Brown commercials flooding the state's airwaves on her behalf, has itself become a symbol of Whitman's distance from ordinary citizens.

Other signs of life on the Democratic horizon include the surprising polls showing that Kentucky Democratic Senate nominee Jack Conway is roughly tied with Republican Rand Paul, the Tea Party's favorite loony until the advent of Christine O'Donnell. If Conway had enough money to match the third-party expenditures on Paul's behalf, he might even have a chance to win.

Democrats elsewhere could learn from the examples of Brown and Boxer -- and even Conway -- who haven't hesitated to strike back hard or behave like winners. What those races show is that monetary advantage need not always determine outcomes. If Democrats stop ducking and cowering -- and offer an aggressive "closing argument" -- they may still escape the worst possible debacle in November.