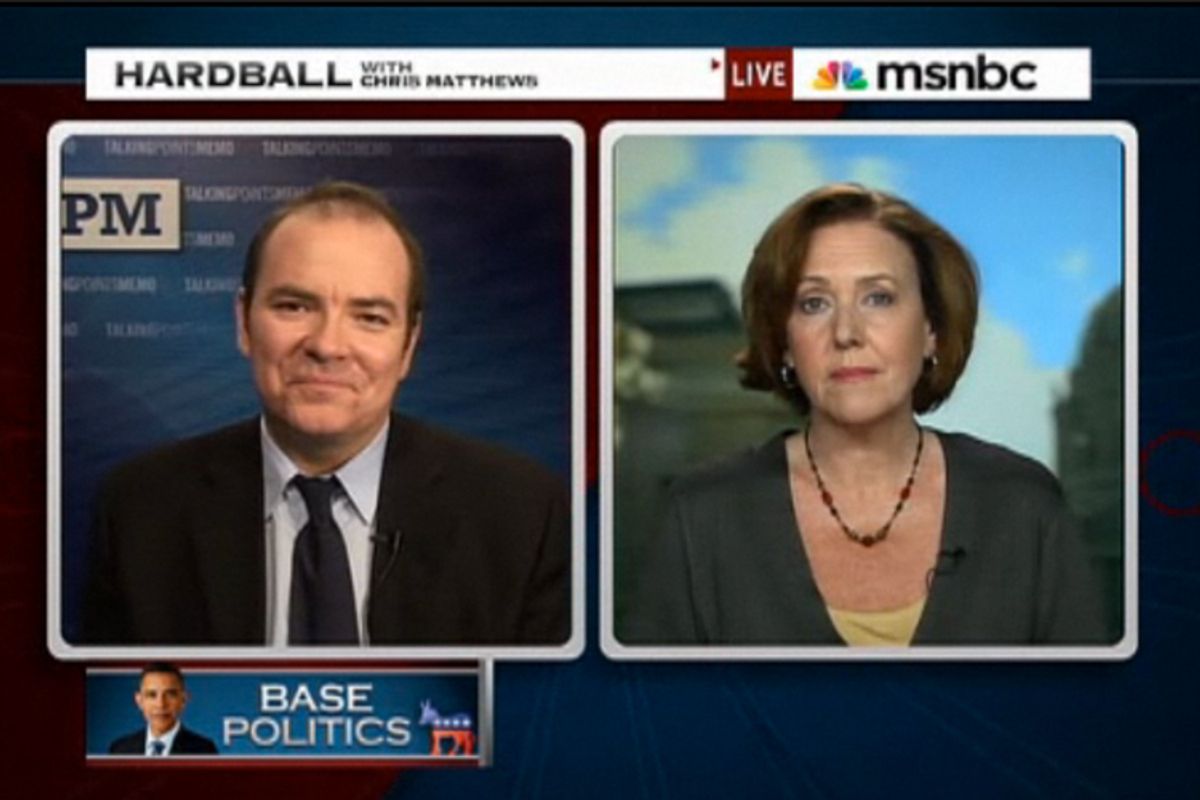 I was on Hardball Tuesday afternoon (with Talking Points Memo's Josh Marshall) talking about Vice President Joe Biden admonishing the progressive base to "stop whining." Even I'm getting tired of talking about it -- Democrats really don't need this right now -- and I told Chris Matthews I felt like I was part of a family feud. I happen to love Joe Biden, but I don't enjoy Uncle Joe telling me to stop whining. I also said I didn't understand the politics behind blaming the base, and Matthews asked if I thought maybe the White House was scapegoating progressives, setting us up to take the blame in the event of a big Democratic loss in November. I answered maybe, because I really couldn't think of a good political reason to be insulting the base five weeks before the election.

I don't honestly believe that's what the White House is doing. But before I move on, I just want to make one important point: Progressive reservations about the Obama administration's accomplishments are not merely a matter of ideology or nit-picking. I firmly believe that if the programs Democrats have pushed through are too weak – if healthcare reform, financial reform and the stimulus don't do what they were intended to do -- Democrats will pay at the polls, ordinary people will suffer more, and corporations will continue to have free rein in our economy.

Matthews closed the segment by praising Obama for doing everything right, and I actually agree with most of what he said. I would just add: While we should give the White House credit for its "Keynesian" response to the recession, we also have to acknowledge it wasn't Keynesian enough; a third of the spending went to tax cuts. Democrats are paying now, politically, for the stimulus not being big enough – and Americans are still paying with their jobs. Maybe a larger stimulus couldn't have gotten through the Senate, but if the president had made the case for why we needed one, it might be easier to explain to voters why the smaller one he had to settle for didn't do everything the economy needed.

That said, I remain firmly in the camp that believes in voting for Democrats this November. If Republicans pick up a lot of seats, the White House will likely feel the need to govern even more timidly from the center, and the country will have lost a crucial chance to right the balance between corporate power and the public interest, as well as between the super-rich and the rest of us, for a long, long time.