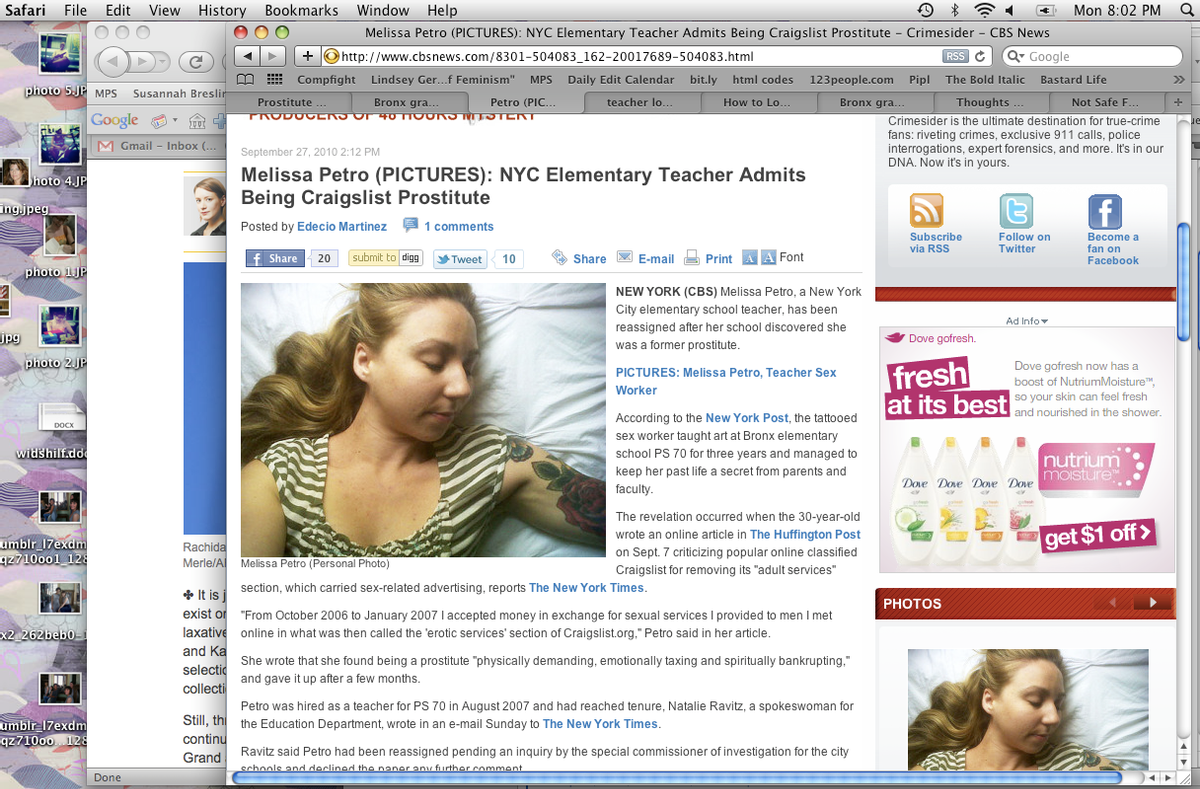 The second I saw the New York Times headline, "Teacher Reassigned After Sex Article," I knew who the teacher was. Earlier this summer, I read a piece she wrote for The Rumpus about being warned that her coworkers had Googled her and discovered her writing about doing sex work. The piece danced around the details and only confirmed that she had worked as a stripper, but she already knew what was to come: "This article is not -- not yet, at least -- in defense of my job," she wrote. That was before she took to the Huffington Post earlier this month to protest the closure of Craigslist's "adult services" section and to explicitly state that she had "accepted money in exchange for sexual services I provided to men I met online." Now the elementary school art teacher has been redirected to administrative duties while the school investigates.

There is really no surprise here. Teachers hardly have to admit to illegal activity to catch heat from the school board. A few years back, a 27-year-old student teacher was fired after she posted a photo of herself on MySpace wearing a pirate hat with the caption "drunken pirate." Teacher scandals are an increasingly common occurrence in the age of Web -- but the media is really playing up the drama with this one. The New York Post interviewed horrified parents who followed the traditional social script and offered up boilerplate quotes like "I do not want my daughters to be around that kind of person" and "I wouldn't want my kid to be in a school where she is." There is also a "hot for teacher" fantasy underlying most of the coverage. The Post's Kevin Fasick and Yoav Gonen winkingly write, "Meet Melissa Petro -- the teacher who gives a new twist to 'sex ed.'"

CBS is kind enough to offer its horrified -- I mean, just sickened -- readers a gallery of damn near every image of Petro that is available online. Surely, these snapshots of Petro lying in bed and giving the camera coy looks are merely educational -- after all, it is in our children's best interest that we become intimately familiar with her visage, so that we can identify and protect them from this awful "kind of person" in the future, right?