Rahm Emanuel and "the enthusiasm gap" 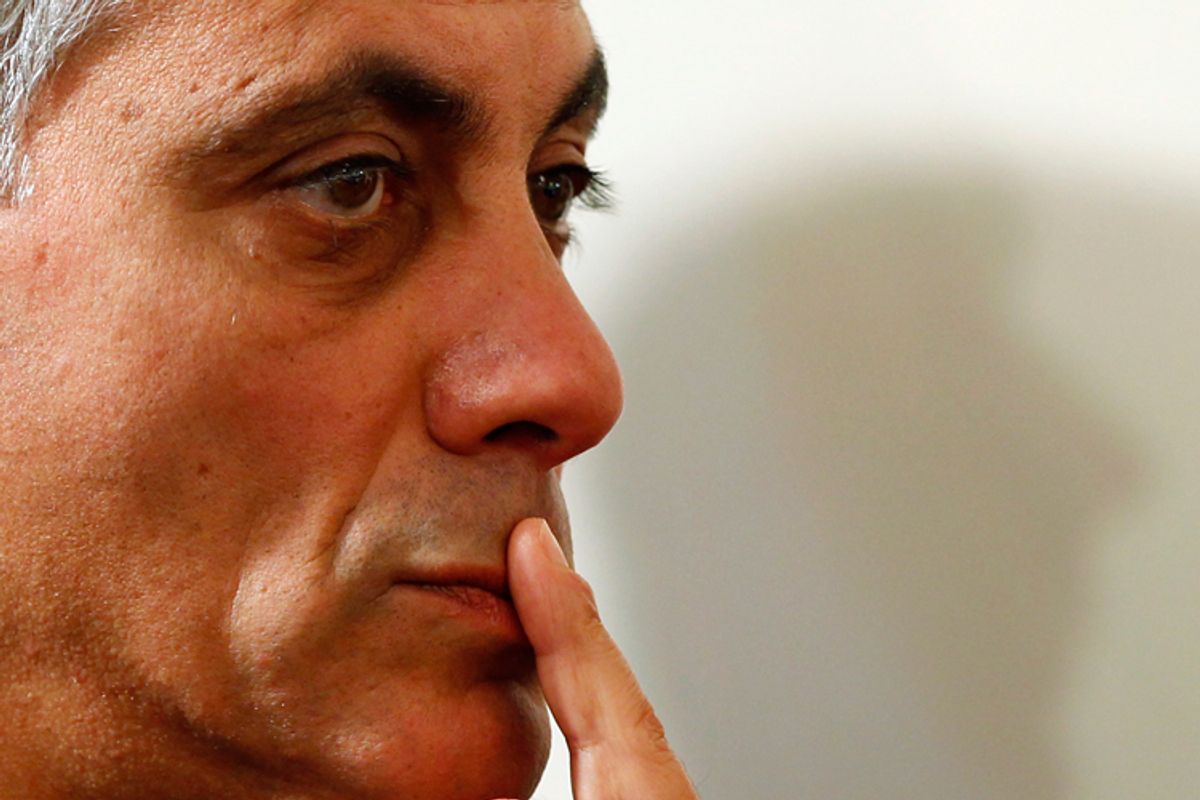 One paragraph, from Marc Ambinder, that explains why the sudden departure of White House Chief of Staff Rahm Emanuel is an unambiguously good thing for America:

Emanuel obsesses about the New York Times, and stays in contact with a dozen or more reporters each week. Rouse knows many reporters, but he is not a schmoozer, an information trader, or likely to return late night e-mails with provocative subject headings. He won't be as accessible to the White House press corps, or to parts of it, as Emanuel was. Rouse does not share Emanuel's conviction that the White House must govern principally through the Times.

Rouse is Pete Rouse, the probable interim chief of staff. He is, apparently, not as much of a moron as Rahm Emanuel, who is under the impression that rich white coastal Democrats are the only segment of the base worth appeasing -- because they're the only people in this great big country that care what the Times says.

"Governing principally through the Times" is a brilliantly succinct way to describe precisely what has gone wrong with Obama's first term so far, from start to finish. (It also more or less works as a diagnosis for what ails the entire post-1994 Democratic Party.) I imagine that means governing through Matt Bai and Sheryl Gay Stolberg more than it means, say, Paul Krugman.

Meanwhile, Ari Berman's new book tells the tale of how the White House neglected the Obama campaign's massive army of excited young progressives once it switched to "governing via the Times" mode.

It would perhaps help, now, if the White House took responsibility for the "enthusiasm gap" itself, instead of blaming liberals for it.

(It might also help if they went back in time a year, fired Bernanke, made some Fed appointments, and proposed some sort of massive infrastructure and jobs program, back when those things could've helped the jobs situation enough to make the forthcoming Democratic blood bath less inevitable. But some of those actions would've upset your typical Times reader, who loves Republican Fed chairmen and is scared of the deficit.)