The United States of income inequality

Understanding American anger: From Nixon to Obama, the gap between the rich and the poor keeps getting worse 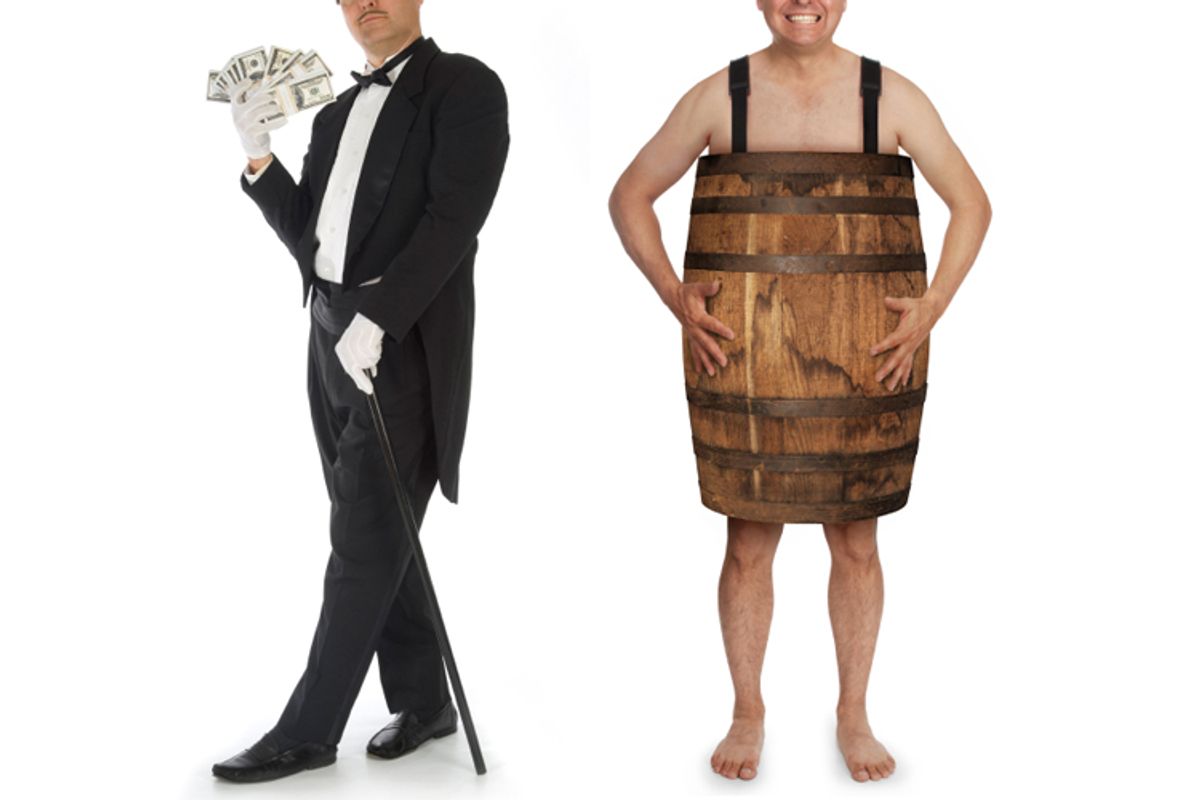 In 1968, reports Hope Yen for the Associated Press, the ratio expressing the share of wealth taken home by the top 20 percent of Americans compared with the share accounted for by those under the poverty line was 7.69 to 1. By 2009, that number doubled -- to 14.5 to 1. As of last year, income inequality in the United States reached its worst extent since records started being kept.

The top-earning 20 percent of Americans -- those making more than $100,000 each year -- received 49.4 percent of all income generated in the U.S., compared with the 3.4 percent earned by those below the poverty line, according to newly released census figures ... A different measure, the international Gini index, found U.S. income inequality at its highest level since the Census Bureau began tracking household income in 1967. The U.S. also has the greatest disparity among Western industrialized nations.

At the top, the wealthiest 5 percent of Americans, who earn more than $180,000, added slightly to their annual incomes last year, census data show. Families at the $50,000 median level slipped lower.

There you have it: From Richard Nixon through Barack Obama, the gap between the rich and the poor in the United States has cracked wide open into a global embarrassment. Even in the wake of the worst financial crisis since the 1930s, the rich have still managed to gain headway while the poor and middle class continue to lose ground. It's a remarkable record of government failure by both parties. The exclamation point at the end of the sentence: the Democratic failure to make even a gesture at addressing the income gap by allowing tax cuts for the wealthy to expire.

The AP includes a wealth of depressing data generated by recently released Census statistics. One important note: If not for the social welfare net, the plight of the poverty-stricken would be much worse.

The percentage of children covered by government-sponsored health insurance such as Medicaid and the Children's Health Insurance Program jumped to 37 percent, or 27.6 million, from 24 percent in 2000. That helped offset steady losses in employer-sponsored insurance.

In the long run, unless the Republicans succeed in gutting healthcare reform, we may be able to look back at the Affordable Care Act, which will ultimately extend healthcare coverage to millions of previously uninsured Americans, and judge it an effective method of ameliorating the widening income gap in the United States. But for now, the reality is just too blatant to take any comfort in  as-yet-unrealized improvements in the safety net. Through good times and bad times, the wealthiest Americans have grabbed an ever larger portion of the pie, while the poorest slip further behind. And it's just getting worse, which is all you need to know to understand why people on all sides of the political spectrum are angry.