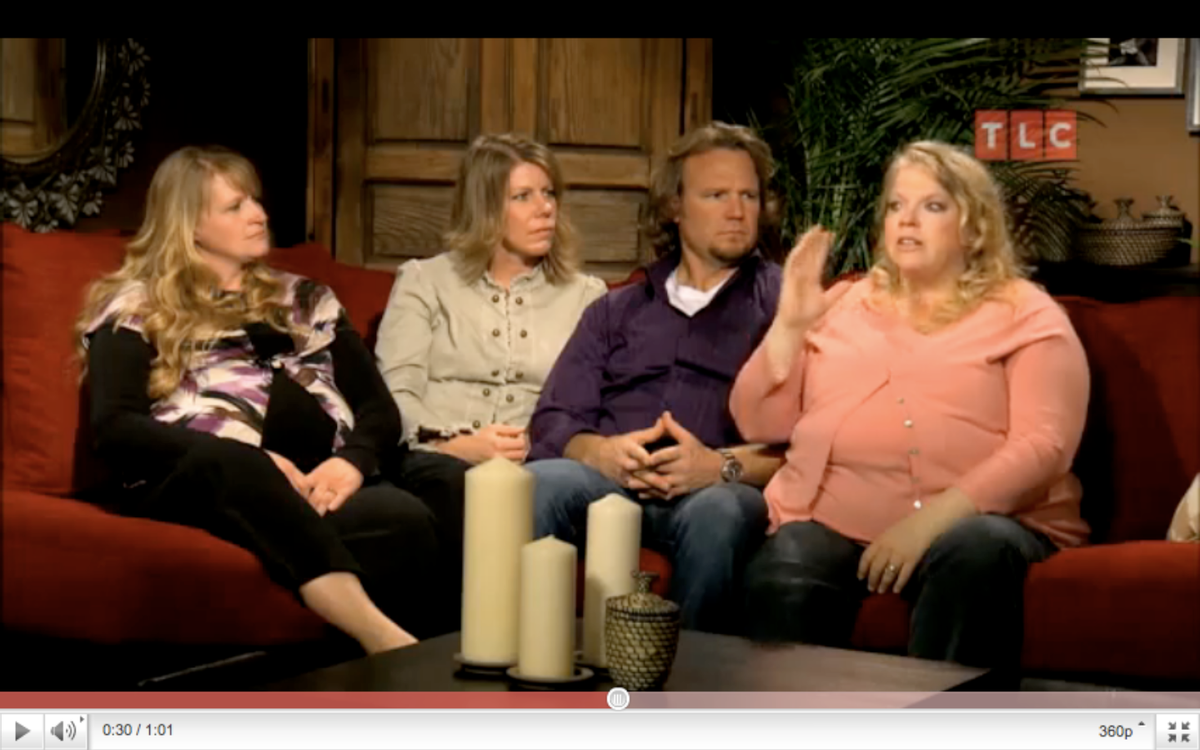 In the wake of the Sunday premiere of TLC's "Sister Wives," a reality TV show about a fundamentalist Mormon man with four wives and 13 children, officials have announced that the family is under investigation. Police Lt. Darren Paul told the Salt Lake Tribune that the inquiry "was brought on by the publicity surrounding the show."

Kody Brown, the head of this Lehi, Utah, household, says he is only legally married to his first wife. But the state defines bigamy as when a married person "purports to marry another person or cohabits with another person." The law is rarely enforced because, clearly, it could criminalize far less taboo living arrangements -- but as Paul said, "It's rare because most of the time people don't bring this kind of attention onto themselves."

You can say what you will about the constitutionality of the law itself, but flaunting illegal behavior on a major television network? Not such a good idea.