He may not understand economics, but Stuart Varney's British accent does make him sound smart 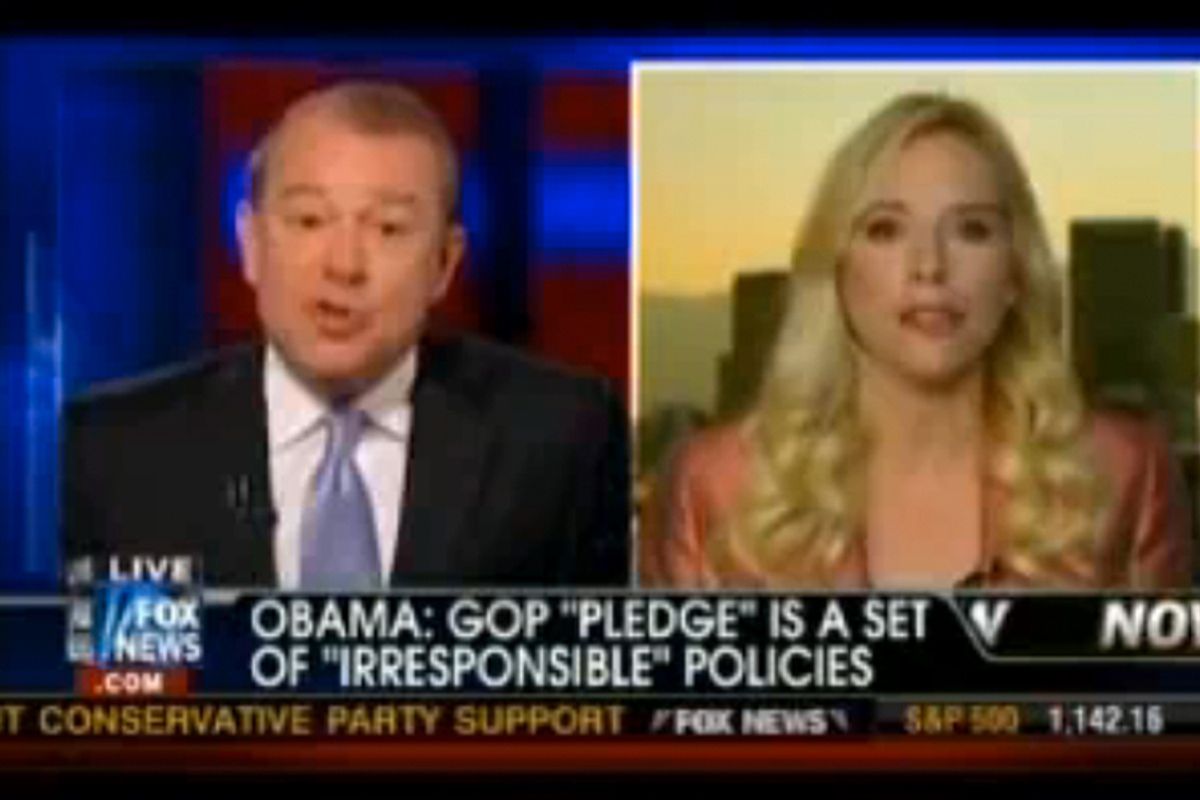 I think this clip of Fox "business journalist" Stuart Varney berating political science professor and author/activist Caroline Heldman comes from one of Fox's "news" shows, as opposed to its "opinion" shows, but who can say for sure?

Regardless, Varney, in attempting to trip up someone much smarter than he is, does not come off well, though he seems to think he won.

After Varney says nonsensical things about the GOP pledge and fiscal austerity and the deficit and so on, he quickly changes the subject once Heldman explains the difference between permanent tax cuts and one-time expenditures. Then he tries to convince her that she is a socialist, because of taxes.

Just for the record, the wealthy do not have more than half of their income seized by the state -- large portions of their incomes are completely untaxed. The progressive income tax is enshrined in the 16th Amendment to the U.S. Constitution. The so-called most "successful" Americans are usually just very lucky while the hardest-working people in the nation tend to be the working poor. And taking into account state, local, sales, property and payroll taxes, we basically already have a flat tax.

Varney graduated, like Mick Jagger, from the London School of Economics. He was formerly the host of CNBC's "Wall Street Journal Editorial Board With Stuart Varney," which helps to explain why he thinks solely in simplistic received idiocies about "redistribution." He remains employed because he's completely shameless and has a posh accent.

[Correction: Mick Jagger dropped out of the London School of Economics. He still probably understands more about taxation than Stuart Varney.]