Creating my own ethnic cuisine

A white Southerner, I seem to have no "ethnic" roots, but my immigrant neighbors' flavors are in my boiled peanuts 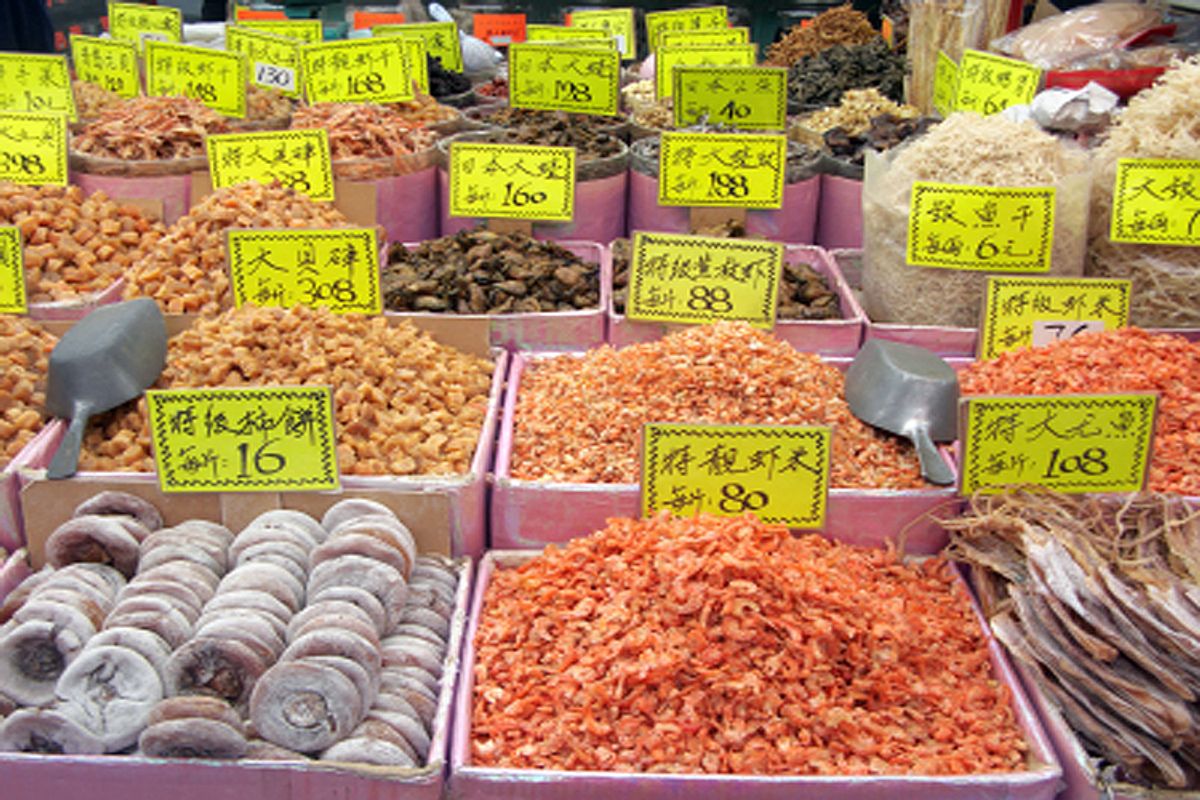 I have no ethnic heritage. My parents grew up poor and white in the rural South, born into families with no discoverable history prior to the early 1920s. No one remembers a homeland. Being "American" and "Southern" should be enough, and it is enough, but I long for connection to an Old Country, to know traditions and recipes that have been kept alive, lovingly tended, across geography and time. Denied that connection, I console myself by visiting the ethnic markets that have sprouted up in our modest-size town.

Visitors to the Gulf Coast of Florida are often surprised by the diversity of our population. In the mid-1970s, thousands of Vietnamese refugees were relocated here. Military installations dot the coastline and the interior, and servicepeople returning home from foreign assignments often bring families from overseas. We have large Thai, Vietnamese, Korean and Filipino communities, and smaller groups from England, Turkey, Germany, Italy and Japan. Following the run of hurricanes a few years back, Mexican workers poured in to replace blue tarps with new roofs, and stayed for the construction boom. Once that passed, many moved on, but some have settled and opened restaurants and markets.

I like to browse the Mexican market, pick up bags of glossy dried peppers, inhale their smoky bitterness. I buy a new variety each time and experiment. The outrageously expressive man who runs the deli counter says, "Mamita linda! What do you want today?" If he has something new, he is insistent that I try it, and I oblige, always nodding my approval effusively enough to make him smile in satisfaction. In an invented familial history, he is my brother-in-law. One who delights everyone with his extravagant gestures and compliments, and who will surely -- we all see it coming -- break my sister's heart.

The improbably blond, olive-skinned woman who owns the small Mediterranean market wears a permanent scowl. She has no patience for the Southern roundabout way of talking, the lack of urgency, the incessant smiling with intent to charm. She's like a misanthropic aunt who visits once a year, very briefly, leaving behind hurt feelings and strange, miserly gifts. I've learned to suppress my need to win her over and get straight to the point. "What is this?" I ask, pointing to a  new cheese in the case. Or, "Is this bread fresh? Made today?" Questions that would be rude to anyone of Southern sensibilities, but which seem to please her, or to not displease her.

In the Thai market, the elderly man speaks little English. The elderly woman's English is much better. I'm short, and she comes to my chin. Frail-boned with a grip that hurts my hand as she leads me through her store, pointing to the things I need, explaining how the ingredients must be used. Being led down the aisles, tightly packed with exotic ingredients, it's easy to imagine I'm in Thailand, visiting relatives. I visit infrequently and, given her age, I won't see her again; she has limited time to teach me all she knows. We had better hurry. It explains the clutched hand, the seriousness of her instruction.

At home I unload my purchases onto the counter. A bewildering, intimidating assortment of products. Panic rises. Then I recall the words of my new Thai relative. After all of her insistence, when she packs my grocery sacks, she grants me this: "I tell you how to make, but you make your own." I relax, because nothing that tastes good is foreign.

Maybe a country's culture and history, when borrowed and eaten, can in some small way create ethnicity. I hope one day I'll visit the places of my favorite foods -- Greece, Italy, Mexico, Thailand and Vietnam. When I step foot on the land, I might feel instantly at home. I might hear these words: I know you! You are one of mine!

I created this dish to honor my homeland and one I've adopted, something familiar and something new.

In the South, most people prefer their boiled peanuts cooked until they are very soft.  If you've tried boiled peanuts and found them mushy and unpalatable, try cooking up a batch that isn't boiled completely soft. Despite the debate among my family and friends (some a'gin me, some with me), I hold firm in my opinion that they taste better when they are the texture of canned chickpeas rather than canned English peas! You can cook them however long you like.