Too hot for homecoming 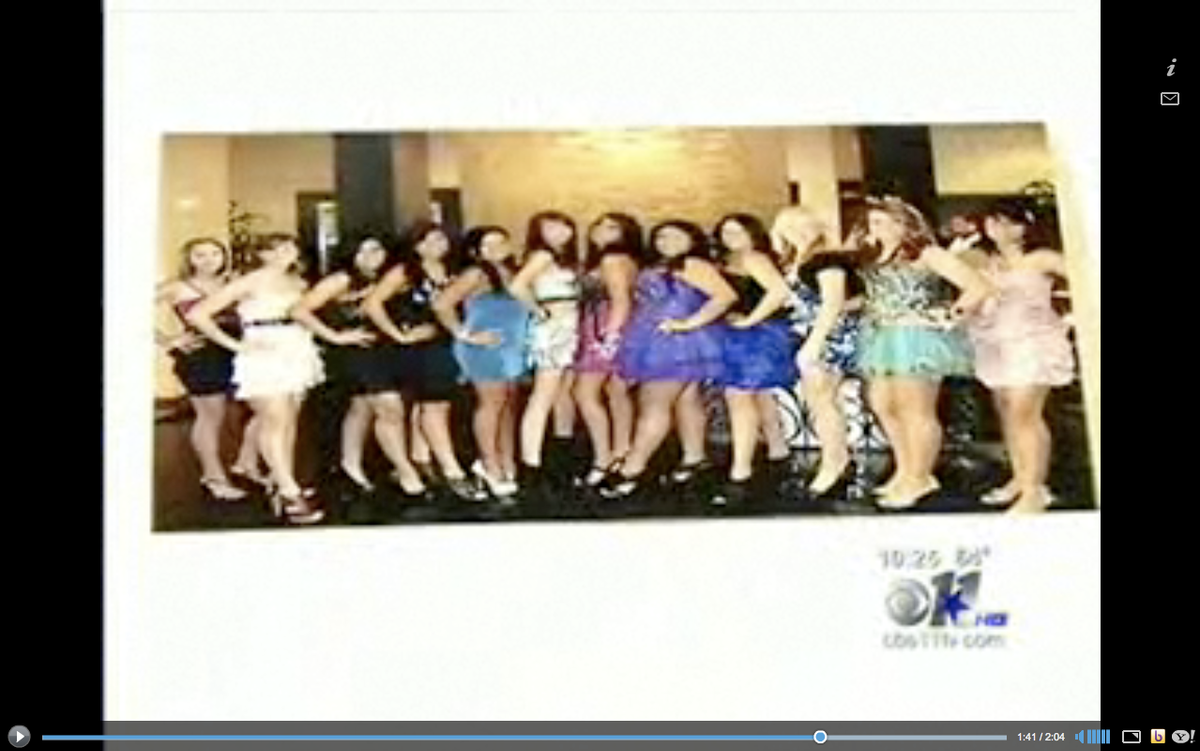 Teenage girls in Mesquite, Texas are raising hell after high school administrators turned them away from Saturday's homecoming dance -- all because they weren't dressed primly enough. According to reports, as many as 50 female students were banned because they showed up with too much leg or cleavage on display.

Now, there is certainly an element of teenage melodrama here. The Dallas Morning News, for instance, describes how one mother received such a hysterical call from her daughter that she assumed she had been in a car accident: "I could hear screaming and crying. My husband kept saying, 'Baby girl, calm down,' over and over." But, take look at some of the mild dresses that were deemed inappropriate (see the image above), and it's hard not to agree with 15-year-old Ebony: "It was called a Red Carpet Affair, but it was an unfair affair." (God I love teenage sass.)

School district spokesperson Ian Halperin says the girls knew what to expect. "The students had been told all week long during the announcements there would be a dress code," he said. "The whole point of this is it should have not been a surprise to any young lady that her dress would be reviewed before entering the dance." CBS reports that "several girls say because their dates bought the tickets they never received" a flier calling for "modest" clothing and warning against wearing anything "too short" or "too tight." Regardless, the school left the "modesty" determination up to individual administrators, and some parents and students complain that there was no consistency.

There is no denying that they were prepared to crack down, however inconsistently: Administrators actually had pieces of fabric on-hand to cloak insufficiently covered girls. They also gave girls the option to go home and change or call a parent for an emergency delivery of an alternate dress. It's stunning how much effort was put into protecting girls' dignity (or is it protecting boys from temptation? I can never remember). School dances have always been a battleground for face-offs between teenagers and adults -- whether it's over freaky dancing, spiked punch or too much cleavage. But this case is especially galling because the moral policing was focused exclusively on the girls.