The House passes a bill taking aim at Chinese currency manipulation. This could get interesting 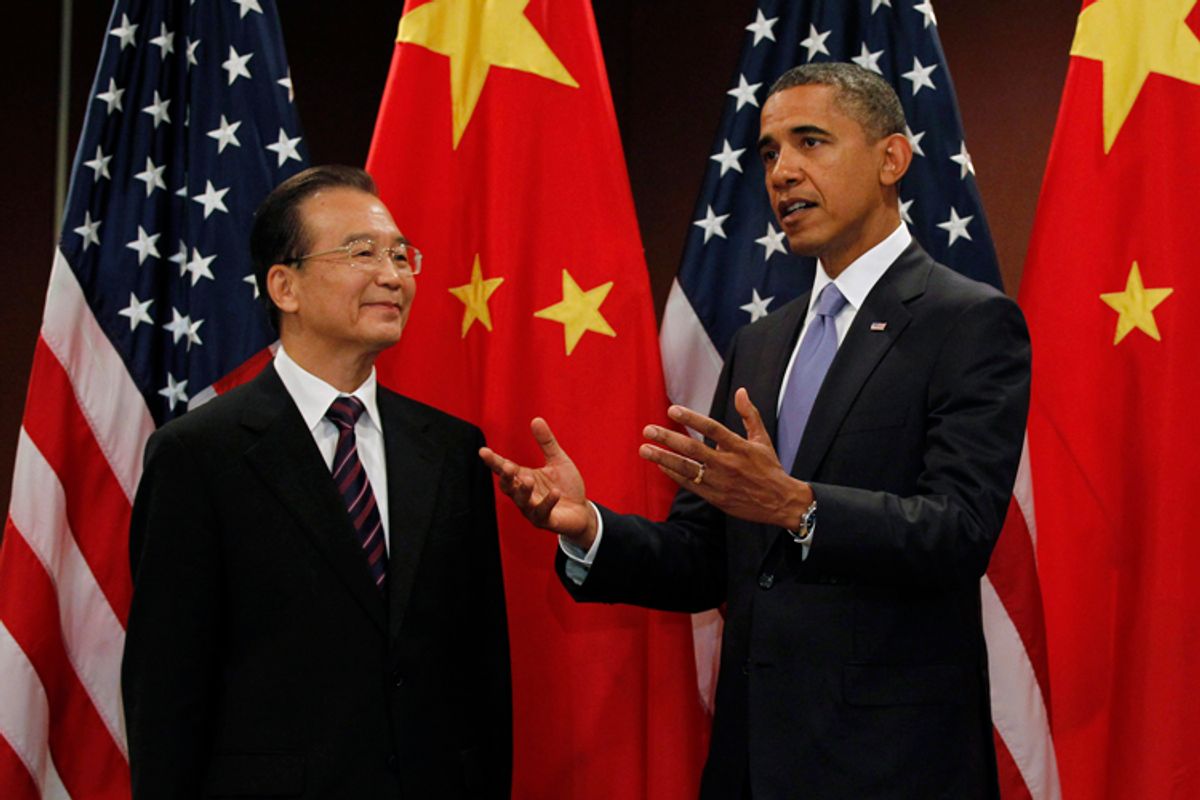 By a vote of 348-79, the U.S. House of Representatives passed the "Currency Reform for Fair Trade Act" on Wednesday afternoon, a bill that threatens trade sanctions against China if the country does not sharply revalue its currency upward. But here's something that Republicans and Democrats itching to start slapping tariffs on Chinese imports might want to consider: Exports of made-in-the-USA cars to China are suddenly booming.

The growth is rather extraordinary, even if starting from a small base. From January to July 2009, U.S. auto manufacturers exported 8,847 cars to China. In 2010 the total was 56,597. Granted, the first six months of 2009 was a grim time for economies across the world, but 10 years ago, U.S. carmakers exported only 215 cars to China for the entire year 2000. The Chinese consumer market is gaining momentum, and that could be a very, very good thing for the U.S. economy.

Unless, of course, U.S. frustration with China's artificially maintained cheap yuan boils over into a full-fledged trade war, with tariff barriers rising on both sides, to the potential detriment of both economies.

We're a long way from that point right now. The Senate isn't likely to consider its own version of a China smackdown bill until next year, and Obama's signature on such a bill, despite his recent criticism of China's currency manipulation, isn't a foregone conclusion. Any president, Republican or Democratic, would think long and hard before directly confronting a country that is currently the U.S.'s third largest export market. And China, for its part, will probably continue its past behavior of gradually allowing the value of the yuan to rise, in direct correlation to how much American politicians are squawking.

But there's also little question that, after the House vote, we're closer than we have been in many years to a new era of competitive protectionism.

Whether the House strategy is the best way to address the massive imbalances that currently afflict the global economy is a question I'll leave for another time. (What we really need, as Morgan Stanley economist Stephen Roach explains in the New York Times, is to pressure the Chinese government to figure out ways to boost consumer demand). But for now, let's just say that U.S. pressure on China works. The yuan starts to rise in value. For that to happen, however, China would have to greatly decrease its purchases of U.S. Treasuries. The accumulation of vast foreign reserves is, after all, a key mechanism by which China keeps the value of the yuan low. And since foreign appetite for U.S. Treasuries is a major reason why borrowing costs for the U.S. government are at rock-bottom levels, there is clearly a possible downside to the U.S. from a yuan revaluation. Funding our deficits will become more expensive. I agree with economist Daniel Gros: The U.S. can't have it both ways: "i.e. Chinese financing of its external deficit and an end to currency intervention."

Some people, notably Paul Krugman, believe that there isn't any downside. The result of declining demand for Treasuries, he argues, would be a weaker dollar, which in turn would help U.S. exports. So it's a win-win situation. The yuan goes up, the dollar goes down, and suddenly the U.S. is an export powerhouse.

But a lower dollar isn't the only possible ramification of decreasing appetite for Treasuries. It seems logical that as Treasuries become less popular globally, yields will be forced up. Interest rates will rise. Money will become more expensive. Supporters of deficit funded fiscal policy have made much of the fact that the dreaded bond vigilantes are nowhere to be seen, but a major shift in Chinese policy could be exactly the kind of catalyst that brings them roaring back in short order..

Seems like a risky game to play when your government is running trillion dollar deficits. I'd like to believe that the House of Representatives has thought this through, but watching congressional shenanigans for the last couple of years makes me less than confident in that regard.