Why are all of the popular Democrats suddenly in trouble?

The voters like them a lot more than their Republican foes, but they still might lose. Welcome to 2010 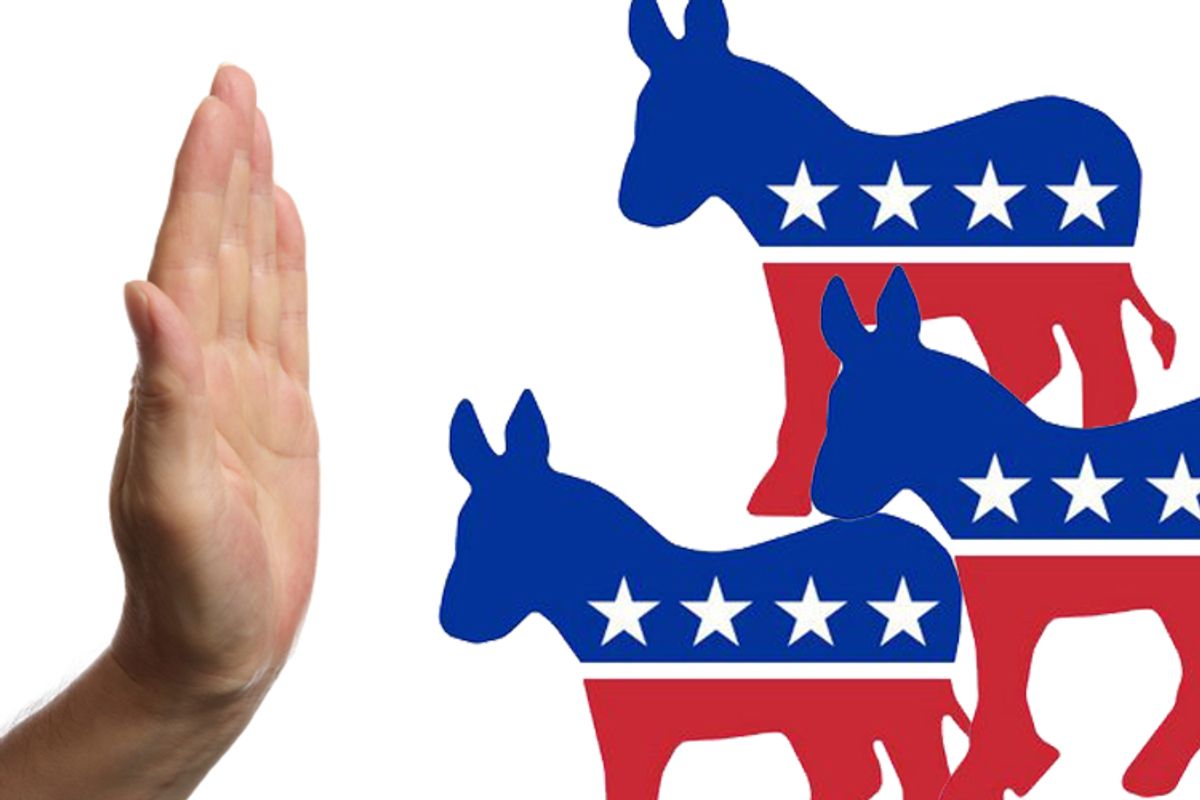 For perfectly rational reasons, it's customary in political journalism to slap the adjective "popular" in front of the name of any officeholder who won his or her most recent election by a wide margin or who scores a high job approval rating (or both). The sentence in question typically reads something like this: "If popular Attorney General John Doe agrees to run, Democrats should be well-positioned to win the governorship."

But this year is offering a powerful lesson in just how meaningless the "popular" descriptor can be -- at least in the face of a ferocious partisan tide.

Take the case of Joe Manchin, whom the press has routinely referred to as "popular West Virginia Gov. Joe Manchin." And why shouldn’t they? Manchin was elected governor with 64 percent of the vote in 2004 and won a second term with 70 percent in 2008. And even as the recession has dragged down the approval rating of every governor, Manchin's was measured recently at 59 percent -- making him the second most popular governor in the country, according to PPP, which conducted the poll.

This apparent popularity is why Manchin was pronounced the near-certain winner when he jumped into the special election campaign to replace the late Sen. Robert Byrd. In fact, Manchin was so confident in his own standing that he maneuvered to speed up the election, personally pleading with the state Legislature this summer to authorize a November election for the seat.

And his presence was enough to intimidate the state's top Republican prospect, Rep. Shelley Moore Capito (who is also often described as "popular" because of her double-digit reelection victories in a GOP-friendly district), out of running. When Capito declined to run, the GOP was stuck with John Raese, a businessman who has previously run and lost three statewide campaigns. The Manchin/Raese match-up seemed like an unqualified mismatch: Mr. Popularity vs. a three-time loser.

But here we are at the end of September, and two different polls put Raese in the lead. The newest, from Rasmussen, has him up by 2, 48 to 46 percent. The other, from PPP, has it at 46 to 43 percent for Raese. (This was the same PPP poll that also found Manchin to be the second most popular governor in the country.)

Nor is West Virginia the only state where this phenomenon is evident.

In Connecticut, Richard Blumenthal has been elected attorney general five times, consistently racking up job approval ratings that have long made him (seemingly) the most popular Democratic politician in the state. That status led to years of speculation about when he'd seek to cash in his popularity for a promotion to higher office -- governor or the U.S. Senate. Over and over, he passed, but when Chris Dodd's poll numbers became toxic last year, Democrats in and out of Connecticut looked to Blumenthal as their savior; replace Dodd with him for the 2010 election, and Dodd's Senate seat would stay in their hands. Dodd relented last January and dropped out, clearing the field for Blumenthal.

But that's not where the story ended. After slowly climbing for months, polls now show that Linda McMahon, the self-funding wrestling executive and Republican nominee, has now pulled into a statistical dead heat with Blumenthal. Mind you, the voters still think Blumenthal is doing a fine job as A.G.; his approval rating stands at an enviable 68 percent. And it's not like the revelations about his possible embellishment of his Vietnam-era service are killing Blumenthal; he still fares better than McMahon on personal popularity. But his lead has still vanished.

New York might be another example of this. Andrew Cuomo's approval rating as attorney general stands at 67 percent, but one poll last week showed his lead in the gubernatorial race over his Republican foe -- Carl Paladino, a Buffalo developer with some significant baggage -- dwindling to 6 points. (Although it should be noted that the Cuomo-Paladino polling has been all over the map; another poll released last week put Cuomo up 33 points, and a third showed him ahead by 19.)

It’s not that hard to see what's going on here: The political climate is so poisoned against Democrats that swing voters are willing to side against them pretty much no matter what. All that matters to these voters is that the economy is bad, that it doesn't seem to be improving, and that Democrats have complete control of Washington (and, in Cuomo's case, that they run Albany, too). To these voters, the Republican Party's sole function in this climate is as a protest vehicle. They don't want to give Democrats any more power, so they'll vote for Republicans.

Tellingly, the same poll that puts Blumenthal and McMahon in a near-tie also finds that McMahon's supporters are roughly split on the question of whether they are motivated to vote for her or against Blumenthal. But by a 3-to-1 margin, Blumenthal's backers say they are voting for him. There's a lot of negative energy out there right now, and swing voters are overwhelmingly directing it at Democrats.

This is nothing new, obviously. The climate was just as poisoned against the GOP in 2008 and 2006. In those years, even popular-seeming Republicans found themselves struggling to survive -- and many of them didn't. Remember Jim Leach, the 15-term moderate Iowa Republican, who was blindsided on Election Day '06?

What's worth keeping in mind, though, is how shallow political popularity generally is. The tools that we use to define it -- past election results and job approval ratings -- aren't nearly as meaningful as we think. Just look at Raese: He barely cracked 30 percent when he ran for the Senate in '06, but now he might win. Raese hasn't really changed since '06, but the political climate sure has. We like to think that individual personalities and campaign strategy are major factors in determining election outcomes. But every so often, a year like 2010 comes along and reminds us that just about every politician -- no matter how popular -- is at the mercy of structural factors.