The Republican threat to blow up high-speed rail 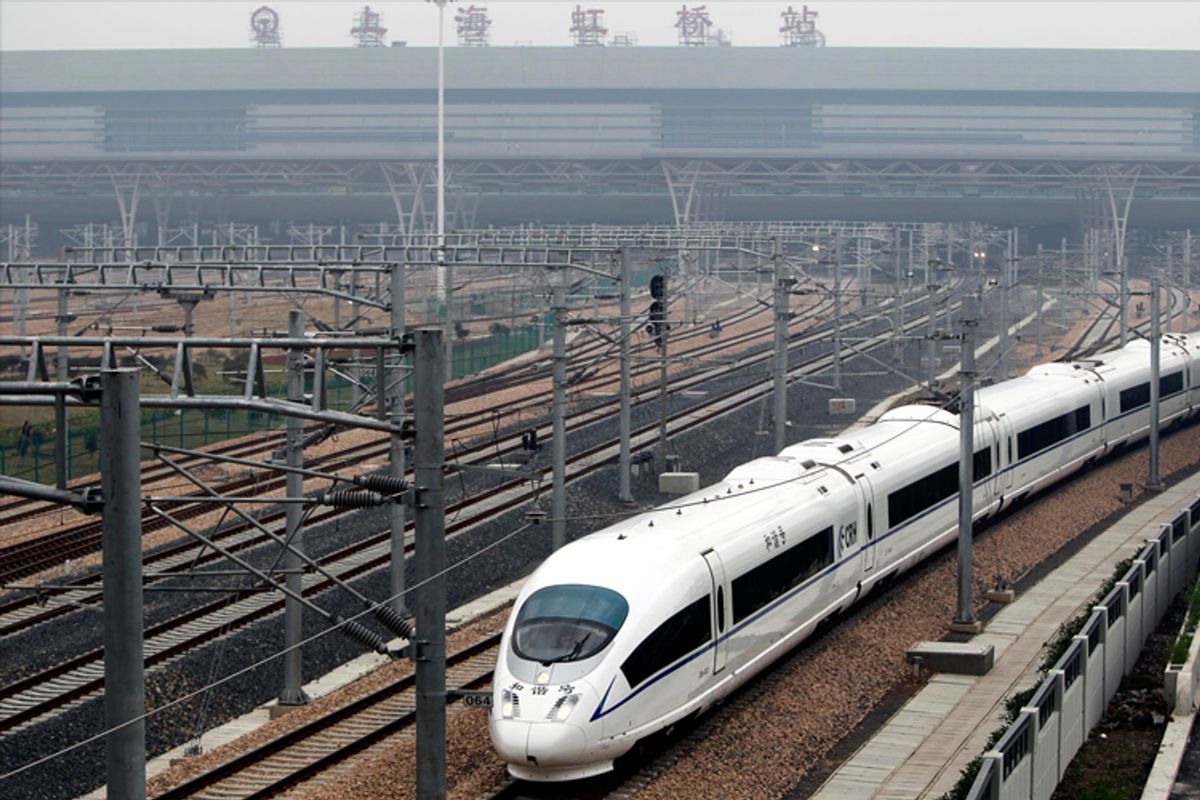 A high-speed train travels on the newly built Shanghai-Nanjing railway in Shanghai.
--

High-speed rail links, conclude researchers at the London School of Economics and the University of Hamburg, contribute to economic growth.

The researchers studied a high-speed railway linking the German cities of Cologne and Frankfurt and determined that towns connected to the new line "saw their GDP rise by at least 2.7 percent compared to neighbors not on the route." (Hat tip: International Political Zone.)

So Obama was right!

"A major new high-speed rail line will generate many thousands of construction jobs over several years, as well as permanent jobs for rail employees and increased economic activity in the destinations these trains serve." Barack Obama, Apr 16th, 2009

Unfortunately, according to HTWW's favorite obsessively focused-on-intercity-rail blogger, the Transport Politic, likely Republican gains in Congress and at the state level are set to throw high-speed rail right off the tracks.

Republicans, by and large, are opposed to high-speed rail. Let the Europeans, Japanese and Chinese zip from city to city at over 250 miles per hour, while Americans lumber along congested freeways or bear the steadily increasing indignities of air travel.

The threat a Republican takeover of the House poses to White House infrastructure priorities is obvious. The House signs the checks and House Republicans appear fully on board with Sen. Jim DeMint's goal of complete congressional gridlock for the next two years. But the Transport Politic reports that power at the state level is just as important.

Though the majority of recent spending on new intercity rail projects has originated at the federal government, the U.S. DOT is now requiring that state applicants agree to fund at least 20 percent of construction costs in order to receive a federal contribution. States will also be responsible for most operations expenses.

If Republican-led state governments are unwilling to commit to spending their own dollars on these projects, they simply will not be built. Since intercity rail projects are long-term investments, even if the federal government has already agreed to sponsor some investments, the takeover of a governor's mansion by an anti-rail Republican could mean putting a full-stop in infrastructure development

California is an excellent case in point. Republican gubernatorial candidate Meg Whitman is opposed to the establishment of high-speed rail link between San Francisco and Los Angeles. A victory for Whitman combined with a Republican majority in the House would probably put the kibosh on California high-speed railway dreaming, no matter how eager the Chinese are to continue their long tradition of facilitating West Coast transportation infrastructure development.