All six pictures will receive a three-dimensional makeover, starting with Episode 1 in 2012 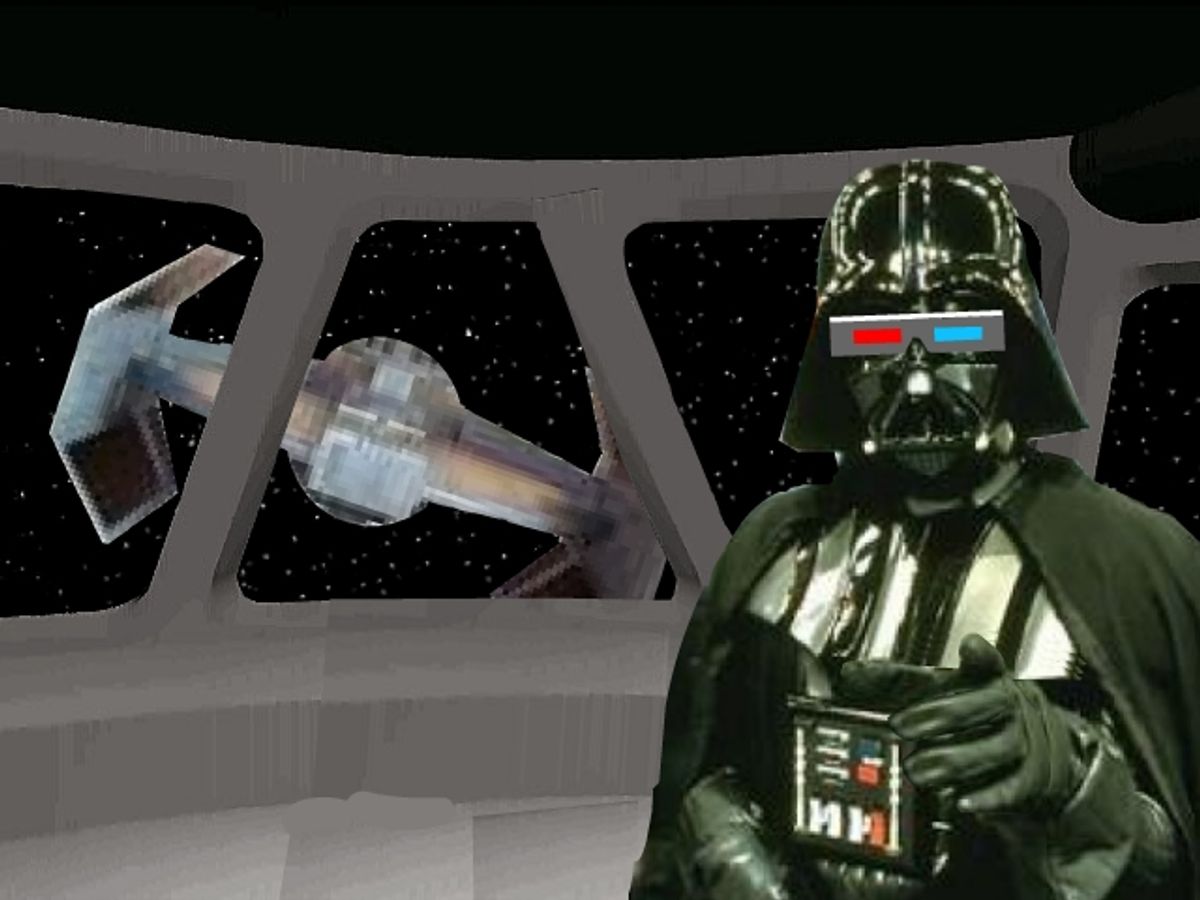 Oh be honest, you knew this was coming. Why wouldn't George Lucas find a way to charge $18 per ticket for a movie you've seen many, many different versions of already?

After a few years of will-they-or-won't-they, Lucas and Lucasfilm finally confirmed their plans to bring the entire "Star Wars" saga into the third dimension. Lucas was reportedly holding back because of the limited availability of 3-D screens in movie theaters. But that was before the release of a modest little movie called "Avatar." So now the Hollywood Reporter says the 3-D re-releases will start with "Episode I: The Phantom Menace" in early 2012. After that, each film will be released in episode order in consecutive years, depending on whether the filmgoing public decides a 3-D Jar Jar Binks is a sign of progress or a new cause of retinal damage.

On the other hand, isn't "Star Wars" a perfect fit for 3-D? The fansite starwars.com points out the potential awesomeness of a 3-D Death Star trench run and Tatooine Podrace. The website death+taxes wants to see 3-D re-releases of other Hollywood classics, too.  British "Star Trek" actor Simon Pegg, on the other hand, tweets that watching Episode 1 in 3-D "would be like the car actually crashing into your face as opposed to just unfolding before your eyes."