Charlie Melancon, way behind in the polls, spends two minutes on his opponent's sins 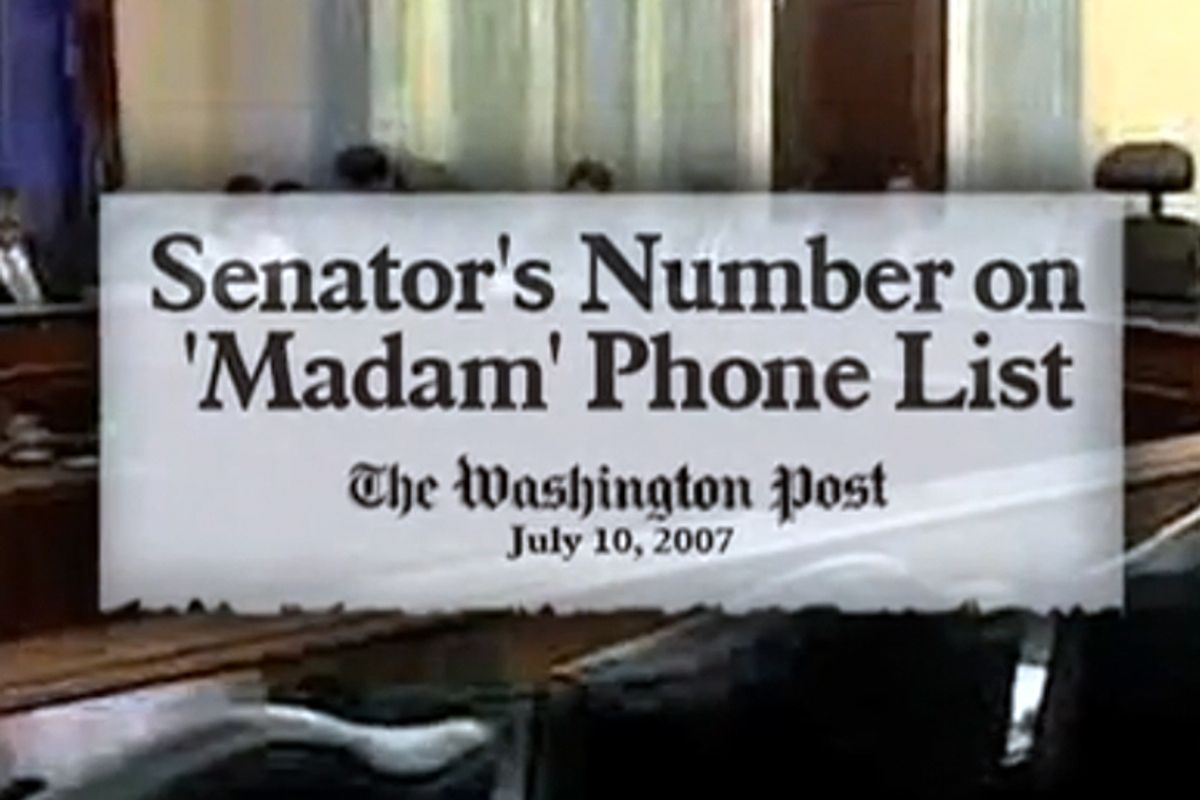 Rep. Charlie Melancon's best shot at beating Senator David Vitter is just to remind voters, over and over again, that David Vitter enjoys the company of prostitutes. And so the Melancon campaign has released this two-minute ad that is a sort of pretend "America's Most Wanted" episode about how David Vitter sleeps with prostitutes. The worst revelation comes from the woman herself: Vitter "wasn't there 15, 20 minutes at that."

One thing I don't get: Why did his constituents need their identities protected? They're not the prostitutes. They're just people who live in Louisiana who don't like David Vitter.

But Melancon doesn't have a lot of cash, and a 2-minute ad is a big buy. Is this thing actually going to run? Looks like it:

A source familiar with the buy said the commercial will initially run largely on cable – possibly during the New Orleans Saints or LSU games this weekend. It is expected to reach every market in Louisiana.

David Vitter leads Melancon by somewhere between 10 and 18 points. Even though he slept with prostitutes.