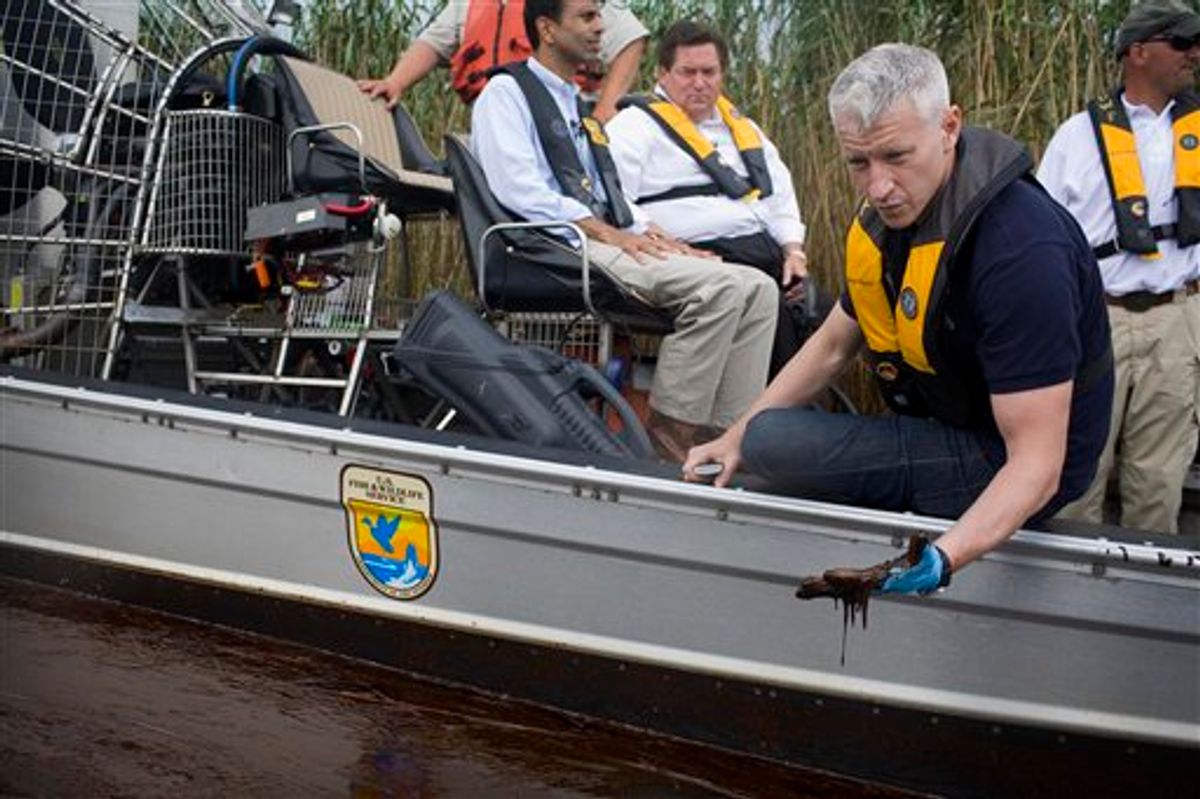 Anderson Cooper is on a roll this week. First he confronted congressional candidate Renee Ellmers for her anti-Muslim commercial. Then he explored a Michigan official's anti-gay jihad. What's next, Coop? Apparently, the only thing left is to conquer the world of daytime television.

According to the Hollywood Reporter, the "Anderson Cooper 360" host made a deal with Telepictures Productions and Warner Bros. Domestic Television Distribution for a program that will be pitched to stations in the next couple of weeks, for a launch in fall 2011. While this is already noteworthy, what's also intriguing is the timing of his announcement. Isn't Oprah leaving after this season? Why, yes, yes she is. Perez Hilton wonders if the Silver Fox could possibly be trying to replace Oprah. According to Cooper's press release, he aims to "create a daily destination for multiple generations of women," which seems to confirm at least a partial desire to compete on her old turf.

But why daytime TV instead of broadcast news? The L.A. Times points out the ratings for broadcast news have been declining for years, but it views Cooper's decision as risky. How much substance is one allowed on a daytime slot? Then again, the Baltimore Sun notes CNN's ratings aren't so hot either.

Well, if Anderson Cooper can work with Dan Rather-Not and Walter Cranky on "Sesame Street," then daytime TV should be a piece of cake: