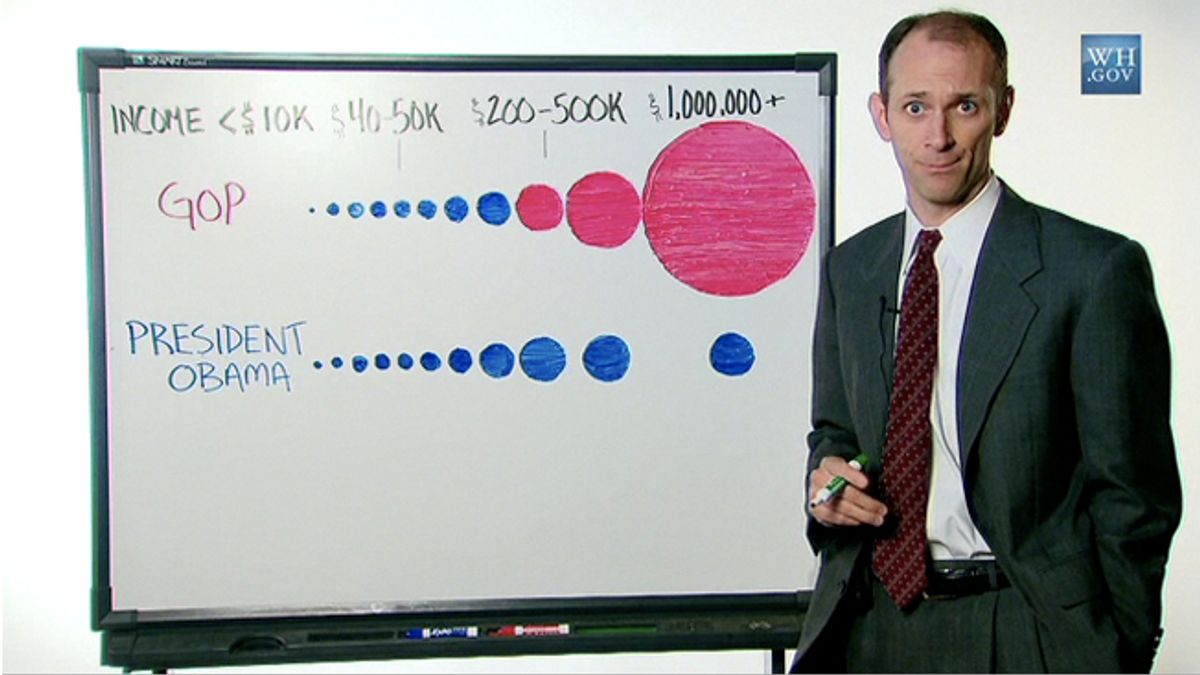 It's the hit of the econoblogosphere today. Austan Goolsbee, Obama's pick to replace Christina Romer as chairman of the Council of Economic Advisors, talks for two minutes about the Bush tax cuts. He doesn't say anything that hasn't been hashed over a million times before, but he says it with cogency and clarity and even a hint of a Texas twang (befitting a proud son of Waco named after Stephen F. Austin, the "Father of Texas").

But I wonder, who is this aimed at? The public, generally speaking, is in favor of raising taxes on the rich. The sticking point, for the White House, is Congress; specifically, moderate and conservative Democrats who have been browbeaten by tough-talking Republicans. I don't think Goolsbee's going to make much headway with these cowards, no matter how forcefully he pushes the case.

(One other nit: The visual symbolism of using "big red balls" to illustrate the tax cuts received by the wealthy is, to my mind, a tad undermined by calling the huge breaks due to Americans earning more than a $1 million "a big red goose egg." I know all about geese and golden eggs, but I always thought a "goose egg" signified zip, nada, zilch. Which is what the rich should be getting, instead of what they are getting.)