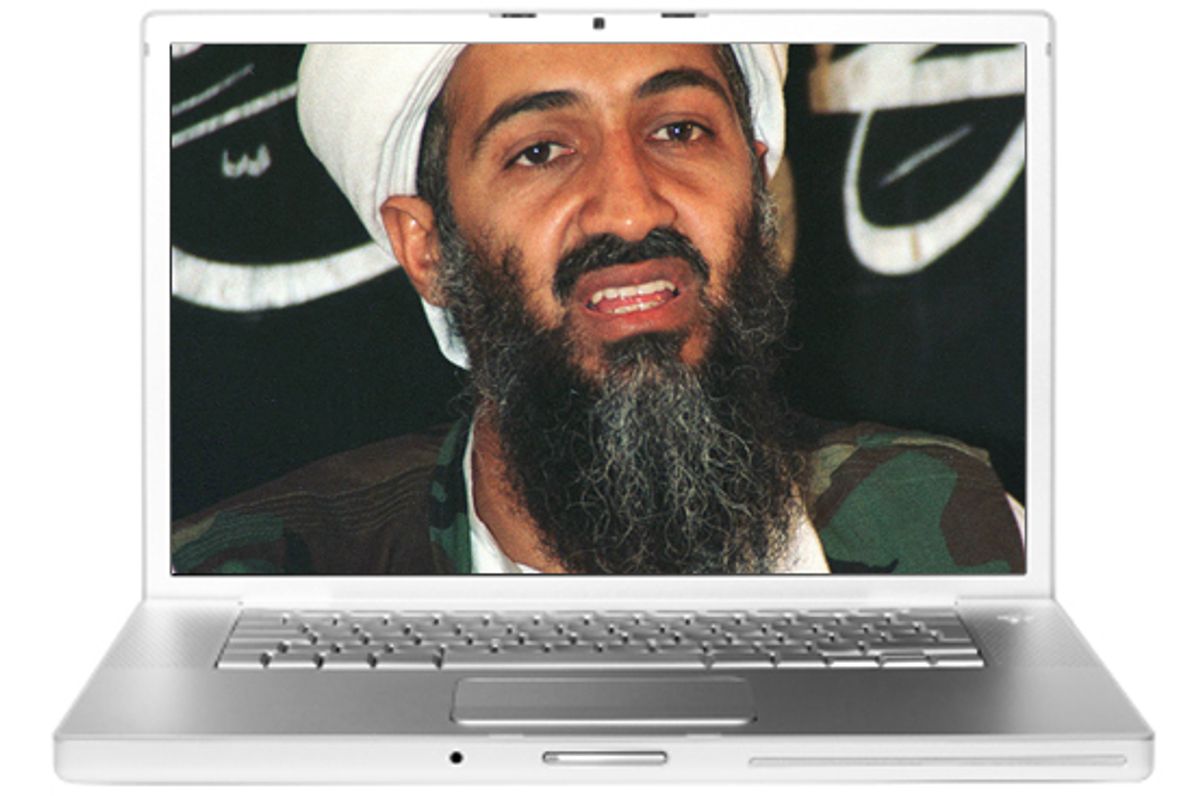 If there's one point on which Republicans and Jihadists agree, it's that we should be terrified of brilliant, unstoppable Jihadists who will stop at nothing to destroy our way of life. The reality, though, is that the vast majority of Those Who Want To Do Us Harm are silly, paranoid conspiracy theorists -- the would-be attackers are generally poorly trained, kinda dumb, misinformed, and self-deluded. (You can go ahead and make the tea partier joke.)

The Guilliam Foundation has released a fascinating report on the content of pro-Jihadist Internet message boards. Focusing on the ideology and "social dynamics" of Arabic-language web-forums, the study finds that internet jihadists spend a lot of time attacking other Muslims, restricting free debate, and re-posting the same pro-Jihad texts. Users have little knowledge of scripture, continue to cite material from "recanted" Jihadists, and they love Saudi-funded Wahhabbi clerics. They also actively ignore information that contradicts their beliefs, shut out "bad news," and are super-paranoid.

The self-sufficient Jihadist bubble that consequently exists within these sites not only serves as a safe space for like-minded Jihadist interaction, but also serves to safeguard Internet Jihadists against what they see as the many unsavoury or hostile aspects of the Internet, such as anti- Jihadist counter-messaging and news of physical Jihadist defeats on the battlefield.
[...]
At the same time, however, online Jihadists are constantly engaged in a struggle to protect themselves and their websites against the infiltration of hostile individuals and ideas. Consequently, on Jihadist sites, moderators and members alike are usually very suspicious of new members posting news or discussing matters to do with the health of Jihadist leaders, strategies of Jihadist groups, or any other sensitive information, including the judicial or theological justifications for Jihadist tactics. Threads containing comments which could be perceived to be negative are swiftly removed and repeating offenders usually have their membership revoked. Similarly forums take a hard line on certain news sources which they might designate as tools of “crusaders’ propaganda” or as untrustworthy…

So, they sound a lot like most politically minded internet junkies in homogeneous communities -- but the Quilliam Foundation's recommendations for dealing with the threat don't involve endless bombing campaigns, detention without trial, a nationwide war against Islam as a whole, and a beefed-up security state with unchecked powers. They seem to think we'd be better served by exposing the ridiculousness of the Jihadists to regular Muslims, and by promoting "mainstream theological readings of Islam."

Meanwhile, the feds today "released" footage of the damage would-be Times Square bomber Faisal Shahzad could've caused, had he been actually well-trained and somewhat bright, instead of a laughable idiot with no clue how to construct and detonate a working bomb. Everyone be afraid!