A real table for my imaginary family

Building a table for Thanksgiving, I was armed with power saw and a dream. It wouldn't be nearly enough 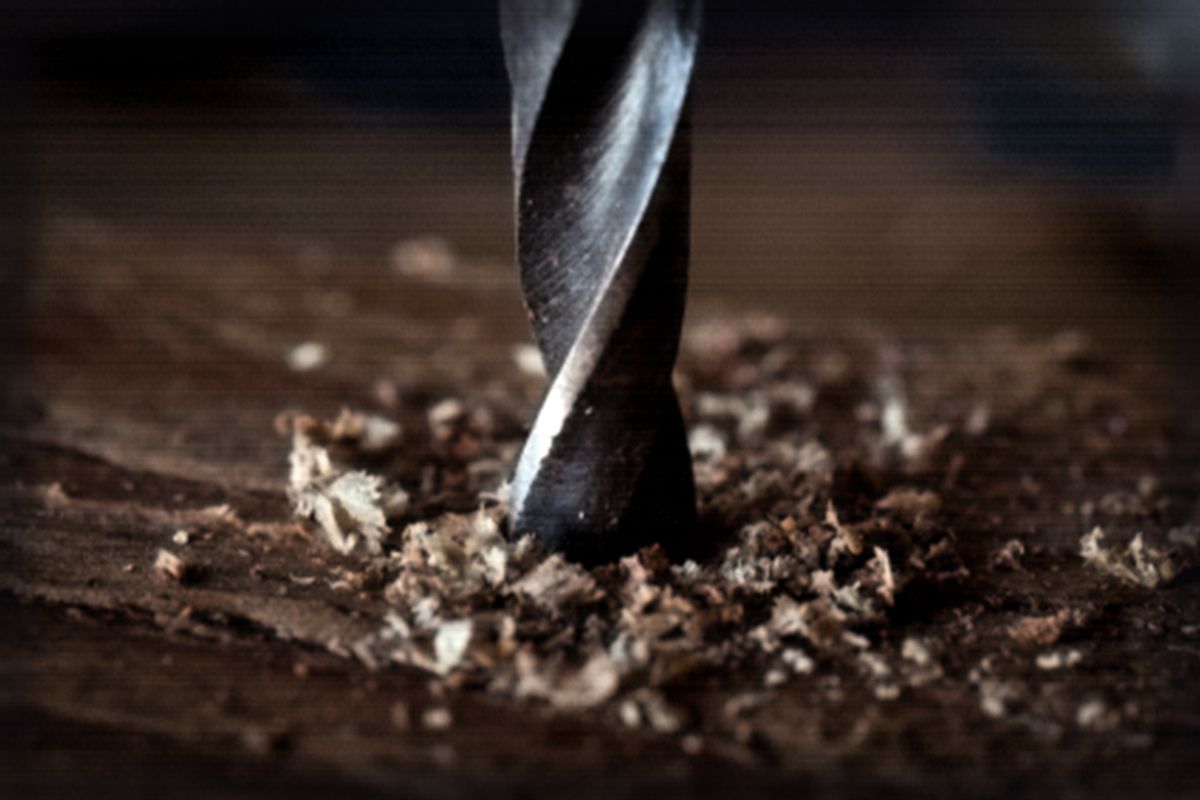 Some years ago, I decided to build a dining table.

"With what?" my wife asked.

"I've seen hands before," she said.

It was six weeks before Thanksgiving, and I had invited my parents and siblings to our home in upstate New York for the holiday dinner. That was probably what accounted for my wife's surliness. But while her expectations for a stressful unnecessary failure were mired in the cold mud of reality, I pictured us all gathered around the completed 8-foot-long traditional harvest drop-leaf cherry-wood table, laughing and joking, eating turkey and drinking wine, our wide-eyed children listening in rapt attention to my grandma's stories about holidays past. We didn't have children, wide-eyed or otherwise, both of my grandmothers had been dead for years, my family had never gathered around anything for longer than 10 minutes without trying to kill each other, and my father was a violent drunk when I was a child so the wine was probably out of the question, too. Still, though. That a few details of this idyllic tableau were slightly unrealistic only made my desire to build a very real table even more pressing; here was a detail I could control, something possible from that impossible picture. Perhaps, I thought, making such a table a reality would do the same for the rest of the image?

It was worth a shot. I was determined to build the table. I had a power saw and I had a dream.

It wouldn't be nearly enough.

Ever since I can remember, I've hated Norm Abram, the pot-bellied, plaid-shirted, soft-spoken master carpenter of "The New Yankee Workshop." Norm was calm and good-natured and gracious to those around him. I wanted to kill him.

My father and I had very few shared interests. It was unfortunate. He didn't like baseball, and I didn't like getting hammered on Kedem wine and slapping the hell out of my older brother. His workshop was the only place we bonded. My father was a talented woodworker, and together we built tables, bookcases, cabinets and decks. We spent hours together in that fluorescent-lit cement-floored garage, master and novice, father and son.

"Piece of crap," he said to the wood.

"Lousy hunk of junk," he said to the table saw.

My father spoke to his materials as if they were alive and he wanted them dead.

"Blow it out your rear," he said to the drill.

Which is why I hated Norm Abram. It was true that the times I spent with my father were more Norman Bates than Norman Rockwell, but they were all I had, and as imperfect as they were, I loved them. And yet there on PBS was Norm Abram, in his stupid shirt and his stupid beard and his stupid workshop, soft-spokenly speaking about how important it was to respect the tools my father had just verbally abused.

Just once I wanted Norm to slip on the table saw and cut his arm off. Just once I wanted Norm's shirt to get caught in the industrial planer, and watch from the edge of my seat as the machine pulled him in after it, grinding him slowly into plaid-colored dust. Just once I wanted to see Norm stumble drunkenly into the workshop, ask his assistant where he put his lousy tape measure, call his lathe a piece of crap and suggest that the goddamned drill press blow whatever it was out of its rear.

"Blow it out your rear," Norm would say.

In order to rip the wood to size, I bought a table saw. In order to protect the table saw from the weather, I bought a shed. In order to have the shed delivered, I needed to have a 16-foot-by-20-foot pad of crushed stone laid at the far end of the driveway.

Some years earlier, I had torn out all our old kitchen cabinets and installed new ones. I replumbed the sink. I installed an instant hot water dispenser. My parents came by for a visit.

Some time after that, I cut open the wall in my den, constructed and installed a built-in TV and stereo unit and finished it with oak trim. My parents came by for a visit.

Some time after that, we installed a pool in the backyard. I planted a bed of daylilies around it, and laid a dry-bed bluestone path to the front gate. My parents came by for a visit.

"Nice job," my father said as he stood in the shallow end. "Floor's a bit slippery, no?"

To glue up the tabletop, I bought a biscuit joiner. To cut the mortise-and-tenon joints for the base, I bought a set of chisels. To shape the edges of the table leaves, I bought a router.

"What choice do I have?" I asked my wife.

Thanksgiving Day arrived. My brother and his kids showed up first, then my sister with her kids, then my parents. My father spotted the table in the dining room and went to examine it. I followed nervously behind him. He lifted the leaves, tested the spinners, ran his hand along the routed edge, examined the joints of the base. He stood up, ran his hands over his round belly and nodded.

No qualifications. No complaints. No post-compliment criticisms. Just a simple, genuine expression of admiration from the man I desired one from most.

My wife smiled at me, and I smiled back. I turned back to my father, who was now admiring the table's finish, running his hand over the smooth tabletop. I looked at him then -- my father, the man who had raised me, his hair silver now and his face more wrinkled than I had remembered -- and I thought: Drop dead, fat man.

Maybe it was my nieces and nephews in the kitchen, complaining loudly about the long drive to our house and asking if there was anything for dinner besides turkey. Maybe it was my siblings in the den, already beginning to squabble and bicker. Maybe it was just the shed full of brand-new woodworking equipment in the driveway. Whatever it was, it suddenly occurred to me that with all the tools in the world I could never construct a functioning family out of the splintered scrap heap I'd been born into; that I'd spent six weeks and thousands of dollars building a very real table for a family that didn't actually exist; that I had spent 35 years now trying to win the love of a man who wouldn't genuinely love me if I built the Taj Mahal.

"Nice job," he would say looking up at the minarets. "A little pointy, no?"

Blow it out your rear, I would say.

I quickly grew to hate the sight of that table. I sold the saw to my brother-in-law, the router and drill press to my neighbor, used the money to buy a 1989 Honda Hawk 650GT, and turned the woodworking shop into a motorcycle garage.

And then, one morning, a few weeks after Thanksgiving, I woke to a heavy autumn rain, which pelted the roof with acorns and knocked the last of the summer's dying leaves from the trees. Winter was coming.

I put on my coat and boots, pulled on my gloves, opened the back door and dragged the table outside, where I left it underneath the deck to rot. Four coats of stain and a couple more of polyurethane, though, had done their job, and when winter passed and the snows melted, the evil thing had barely warped. And so, early one warm spring morning, I dragged the table to the shop, and, with the one power saw I still had left, cut off its legs and ran the shrieking saw up the middle of the tabletop, slicing the hideous beast in half.

Still makes a hell of a motorcycle ramp.

Shalom Auslander is an essayist and author, most recently of "Foreskin's Lament: A Memoir."