A NYT Op-Ed asks why we should save Americans from their own stupidity. Maybe because financial disasters suck? 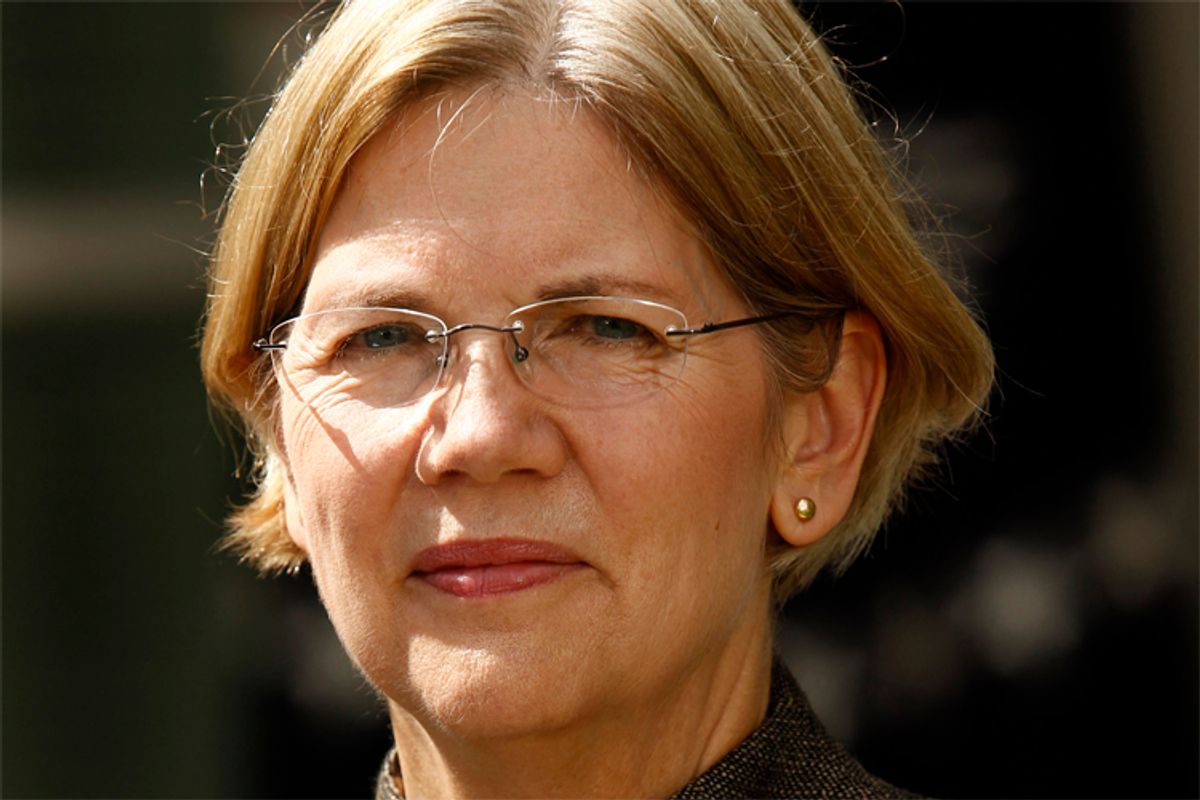 "Why create an expensive bureaucracy to 'protect' consumers from their own stupid decisions?" asks William Cohan in a New York Times opinion column "The Elizabeth Warren Fallacy."

Warren is clearly one persuasive lady. But what hath the mild-mannered Harvard professor wrought? In addition to committing us to creating an entire new bureaucracy at a cost of $500 million (and rising) a year, her brainchild gives us all yet another excuse to avoid taking responsibility for our own actions. Instead of being prudent with the amount of personal debt we take on, instead of reading carefully the documents we sign -- be they for new credit cards or new mortgages -- and instead of learning how to live within our means rather than light years beyond them, we can now continue to blame others for our own failings. This is not progress.

Yes, some people who have lost their homes were victims of fraudulent mortgage brokers and shady lenders. But the vast majority of those who held the billions of dollars in mortgages now foreclosed on knew exactly what they were doing. And one of the dirty little secrets of the financial crisis is that one homeowner after another signed mortgage-loan documents that were filled with inaccurate information about his or her net worth, assets, salaries and ability to make monthly mortgage payments. Why would someone sign a loan document knowing full well the information on it was inaccurate and the mortgage could never be repaid? That's the kind of question Elizabeth Warren should give some thought to while she's constructing her empire.

Zach Carter does a superb job of rending Cohan's Op-Ed limb from limb, but that won't stop HTWW from taking its own whack. Because there's a very simple answer to Cohan's original question: When society as a whole suffers from the actions of a few, it behooves society to figure out a better way to organize itself.

Don't get me wrong -- I'm not in the camp that puts the blame for the housing boom and financial crisis on borrowers who took out loans they should have known they could not afford. I'm with Carter here -- the incentives to behave badly shaped Wall Street's behavior far more than they did individual would-be homeowners.

The key incentives for fraud and deception do not apply to rational borrowers who want to live in their homes. They apply to lenders, who were being paid very well to push borrowers into unaffordable mortgages. Bankers and brokers were paid kickbacks to steer borrowers into subprime loans, when those same borrowers would have qualified for ordinary mortgages. With heavy demand for mortgage-backed securities on Wall Street, banks knew they could issue garbage loans and stick other investors with the tab -- so they did. The list of lenders who pawned their crappy loans off onto other people includes many of the biggest names in finance: Wells Fargo, Wachovia, Citigroup, Bank of America, Countrywide, Washington Mutual and more. Banks stood to make a lot of money from fraud. Borrowers, by contrast, could count on foreclosure. Who do you think is going to falsify the income on loan applications?

Sure, there were borrowers who tried to game the system. But the story of mortgage fraud in the housing bubble is overwhelmingly a story of malpractice by bonus-crazed bankers, not borrowers.

But there's a larger, more philosophical question here. If we could just depend on everyone to do what was prudent and sensible at all times, why would we need any laws at all? People act against their own and society's interest all the time. You couldn't ask for a better demonstration of this than the frenzy of chicanery that suffused every level of the residential housing market, from subprime loan to synthetic CDO. Ideally, we'd rather avoid scenarios in which the financial system collapses, costing trillions of dollars to resuscitate and resulting in the loss of millions of jobs. If that means protecting consumers from their own "stupid" decisions -- and, much more important, preventing financial institutions from taking advantage of those consumers -- then so be it. That's a good deal!