Linda McMahon, laughing in the face of history

The GOP Senate candidate doesn't know about the minimum wage, or about important legislation from the 1930s 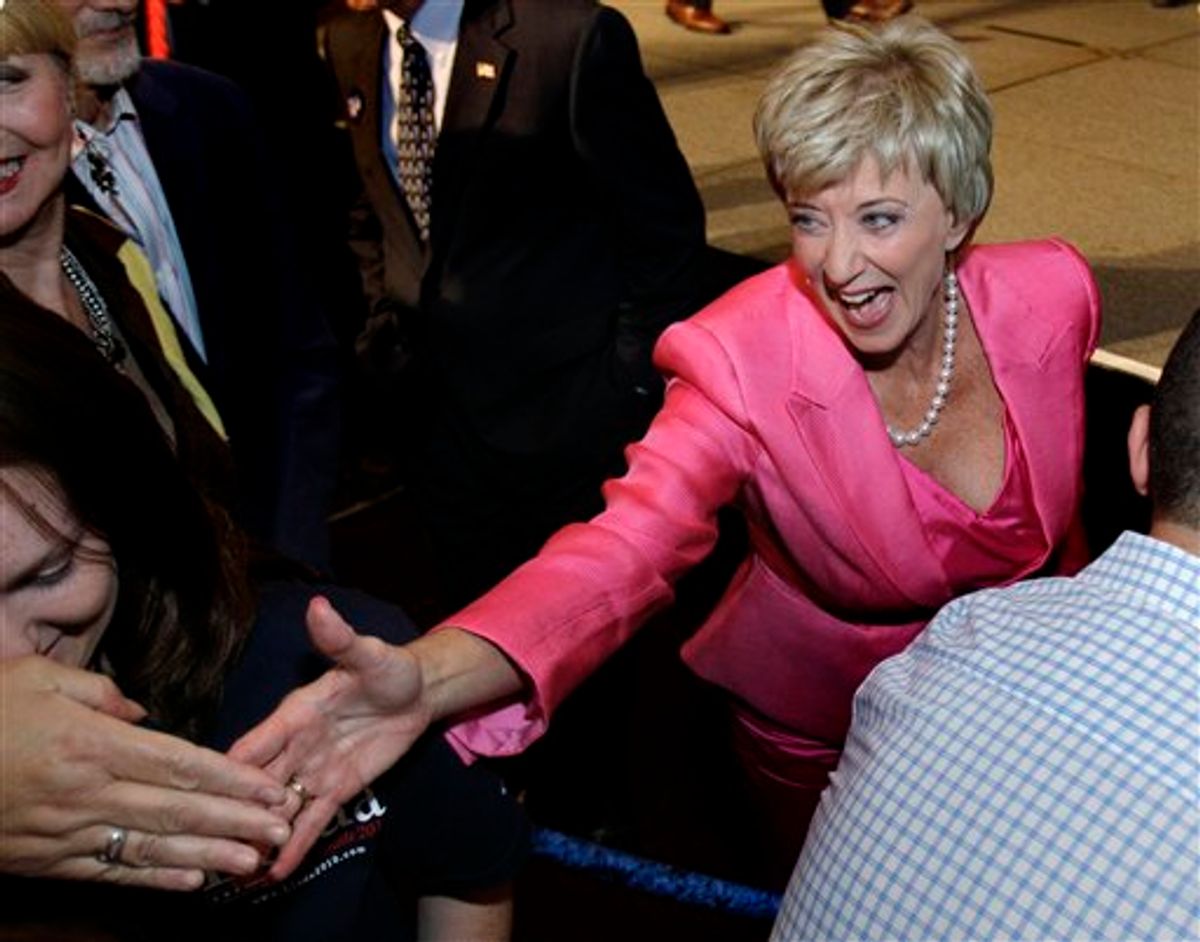 You may have heard that Linda McMahon, the wrestling executive and Republican candidate for Senate who takes home $46 million annually, admitted on Thursday that she doesn't know what the current minimum wage rate is.

McMahon, who has nearly pulled even with Democrat Richard Blumenthal in recent polls, made the admission after a news conference in which she seemed to suggest she'd be open to lowering the minimum wage. Luckily for her, it was only after the cameras were turned off and reporters pressed her further that McMahon confessed she doesn't know what the federal or state minimum wages are -- or if any of her employees at World Wrestling Entertainment receive it.

"You know what, guys? I'm just not going to comment any more," she finally declared.

McMahon's campaign convened the press conference to announce her endorsement by the National Federation of Independent Business, a small-business group that is itself against minimum wage increases. McMahon made several other eyebrow-raising statements, calling the WWE (which had a net income of $6.3 million in the second quarter of 2010) a "small business," and arguing that "small businesses ... are anybody that's in business."

But there's more to this story, and it seems to be getting lost in the media's (understandable) fixation on McMahon's gaffe: her apparent disregard -- maybe even disdain -- for history.

When a reporter asked during the same press conference whether McMahon would have supported the Fair Labor Standards Act (which, in fairness, he did mislabel as the "Fair Trade Standards Act" and then the "Fair Wage Standards Act"), McMahon offered a response: "Are you talking about from yesterday?"

McMahon simply laughed, as if to ask, "Why should I be concerned about something that happened in 1938?" She grew a bit more serious when the reporter explained what the act was -- but she still never answered the question. Watch the video here, starting around 2:25.

Granted, there are plenty of people who would not be able to tell you what the Fair Labor Standards Act is or when it was passed. And for good reason: It's unrealistic to expect that people who are not involved in politics will have a perfect working knowledge of history and the law. But the bar is higher for a candidate for public office, particularly someone running for a seat in the U.S. Senate. The FLSA is directly relevant to the work McMahon would do, and the decisions she would be forced to make, as a senator.

Nor is the FLSA an obscure piece of prewar legislation, some outdated law that gets the occasional spotlight in an academic monograph. There's a reason why that reporter was asking about it: It's important. In fact, it’s part of the bedrock of ethical employment law in the United States. It brought us the minimum wage (25 cents in 1938!) and the near-40-hour work week; it also made most child labor illegal. Particularly relevant, in 2010, is the fact that it only came to fruition after a long political struggle and serious questions about its constitutionality. It was born out of an economic crisis -- it bears the clear mark of FDR's Depression-era administrative conscience -- and it was passed, after significant compromise from FDR's camp, in the year of a midterm election. In short, it really couldn't be more pertinent today.

The mere fact that something happened more than 70 years ago, which appears to amuse McMahon here, doesn't make it irrelevant to modern politics. That's especially true in this election, when historical terms and analogies (tea, anyone?) are being thrown around liberally, even by conservatives. McMahon lectures Democrats about the dangers of big spending, but if her historical knowledge doesn’t even stretch back to the Great Depression, is she really qualified to pass judgment on the sort of legislation required to haul us out of the Great Recession?