State Dept. becomes the latest Obama agency to hire the notorious firm, this time for part of $10 billion contract 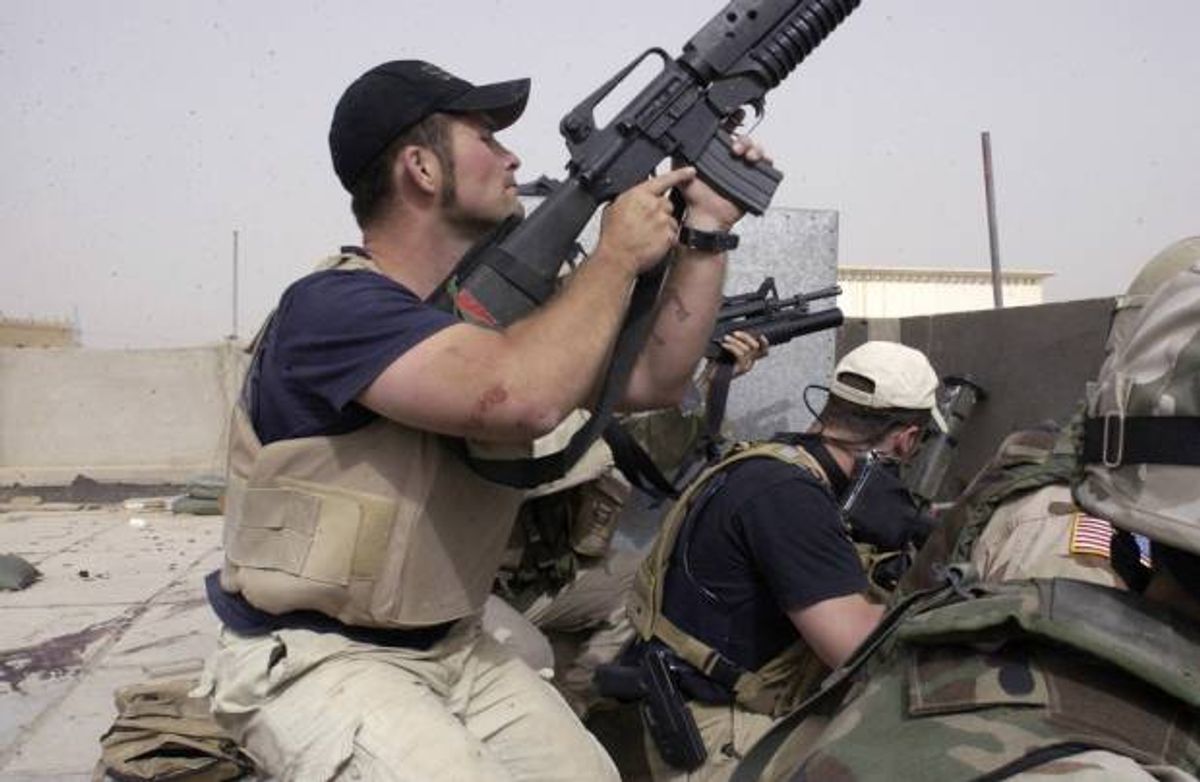 Plainclothes contractors working for Blackwater USA take part in a firefight on Sunday, April 4, 2004 in the Iraqi city of Najaf
--

Never mind the dead civilians. Forget about the stolen guns. Get over the murder arrests, the fraud allegations, and the accusations of guards pumping themselves up with steroids and cocaine. Through a “joint venture,” the notorious private security firm Blackwater has won a piece of a five-year State Department contract worth up to $10 billion, Danger Room has learned.

The company won the contract under one of its many alternate names, "International Development Solutions." The contract is to protect embassies around the world.

It's worth repeating that Secretary of State Hillary Clinton, in her presidential campaign, promised to ban Blackwater from Iraq, going so far as to say:

For five years their behavior and lack of supervision and accountability have often eroded our credibility, endangered U.S. and Iraqi lives and undermined our mission.

Obama never made a similar promise.

So in case it wasn't already obvious, it's now safe to say Blackwater has been embraced by both Democrats and Republicans and will play a major role in U.S. foreign policy for years to come.