The king of deregulation says FDR was a failure -- just like Obama. But let's not write off the New Deal just yet 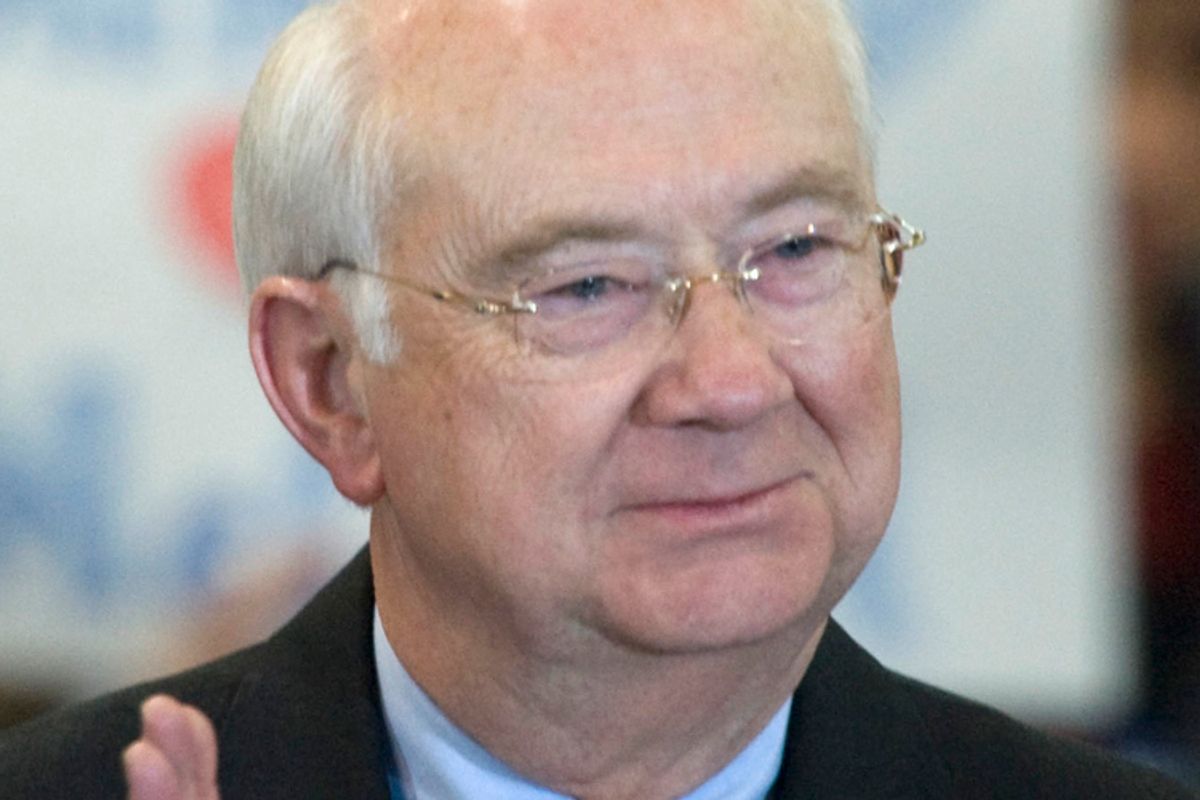 Remarkable in both its effrontery and its brazen historical revisionism, Phil Gramm's editorial in the Wall Street Journal today, "Echoes of the Great Depression," is a true piece of work.

The thesis is simply marvelous. According to the former senator from Texas and arch-deregulation evangelist, the recovery from the financial crisis of 2007-08 has been so slow and painful precisely because Obama pushed the same kind of collectivist, progressive agenda embodied by Franklin Roosevelt's New Deal. But in Gramm's reading of history, the New Deal failed, and so has Obama. The main difference between then and now: The public has been quicker to reject Obama's radicalism, mainly because of the stalwart opposition of the brave and fearless Republican congressional minorities.

The progressive vision that resonated in the 1930s foundered on the hard experience of the 20th century, and it has no broad appeal in the 21st. The recovery from the Great Depression did not occur until World War II was underway, but it appears, as of today, that voters will bring the latest experiment in American collectivism to an end on Nov. 2. A real economic recovery won't be far behind.

This is some Texas-size chutzpah, folks. Phil Gramm, more than any other modern politician, pushed the deregulatory ethos that the financial crisis of 2007-08 exposed as a criminally irresponsible sham. His very name is on the law that repealed the Glass-Steagall prohibition on the commingling of commercial and investment banking. He was the lead force behind the Commodity Futures Modernization Act, which ensured that derivatives trading would be largely unregulated. And yet he has the gall to complain about the "the regulatory burden" that "exploded during the Roosevelt administration"!

The regulations on the financial sector that emerged from the Great Depression are largely responsible for a 50-year period in which the United States managed to avoid hugely debilitating financial crises. That period ended as Republicans set about their great task of dismantling the New Deal -- and sent the U.S. economy hurtling toward disaster. Phil Gramm's thumbprints are all over the Great Recession. Obama's regulatory response -- such as it is -- is a direct consequence of the failure of the deregulatory ideology pushed by Gramm and his cohorts. If there was any real justice in this world, Phil Gramm would be subject to a lifetime ban on ever uttering the words "regulatory burden."

But there's an even more fundamental problem with his thesis. Gramm's argument hinges on his assertion that the U.S. economy recovered more quickly after previous recessions than it has under Obama. This, he argues, proves that the stimulus didn't work and explains why voters are swinging Republican. Of course, he ignores the fact that the economic shock that caused the Great Recession was far greater than anything the U.S. has experienced since the Great Depression. But he's also being disingenuous when he tries to compare the Roosevelt and Obama experiences directly. Roosevelt came into office after the Depression had already peaked. Unemployment was at its height. Roosevelt acted swiftly, and his policies made a significant impact on employment quickly enough for him to get immediate credit. But Obama came into office while the crisis was still deepening. Barring a truly phenomenal application of  government intervention that out-New Dealed the New Deal, it now seems pretty clear that there was simply not enough time for the current administration to make a real dent in unemployment by the midterm election. One can only imagine how angry American voters would be now if Obama had come into office and done nothing while the economy continued to shed more than half a million jobs a month.

And naturally, the opposition of the Republican Party to every facet of the Obama agenda, which Gramm is so proud of, and compares favorably to the willingness of Roosevelt-era Republicans to go along with the New Deal agenda, made it all-but-impossible for Obama to be more aggressive.

Gramm takes pride in this, but he should be ashamed. When FDR came to power, Republicans and Democrats alike accepted that the country was in such a terrible plight that dramatic action was necessary. When Obama came to power, Republicans decided that their best political strategy was to ensure that he failed. If that meant blocking unemployment benefit extensions or tax relief for small businesses, so be it. The worse the economy, the better for Republicans. Their obstructionism has been unprecedented and their callous disregard of the public welfare obscene. Their victory is a tragedy.

This is not to say Obama is without blame. Whether he could have achieved anything resembling FDR's achievements, given the opposition from Republicans and within his own party, is highly questionable. But he certainly could have acted more like Roosevelt. He could have welcomed the enmity of Wall Street, as FDR so famously did, instead of attempting to appease it.

We had to struggle with the old enemies of peace -- business and financial monopoly, speculation, reckless banking, class antagonism, sectionalism, war profiteering.

Never before in all our history have these forces been so united against one candidate as they stand today. They are unanimous in their hate for me -- and I welcome their hatred.

A little more of that Rooseveltian backbone and maybe Democratic enthusiasm would be a little higher right now, even in the face of 10 percent unemployment and a slumbering economy. But, you know what? There's still time. Roosevelt made his speech, in which he announced the second New Deal, in October 1936, shortly before he swept to reelection. The Republicans currently chortling over their chances this November would do well to remember that Obama, despite the economy, is currently more popular at this point in his first term than either Ronald Reagan or Bill Clinton were at similar junctures. If the economy does start to recover, he will be a quite formidable opponent for Republicans to challenge in 2012. And by that point, after two years of gridlock, we may hear a fiercer tone from the president.

He's already started. Despite the best efforts of people like Phil Gramm, the verdict of history on Obama isn't yet in, and the judgment of the people who reelected FDR three times won't be so easily besmirched.