How to fix the culturally ignorant "Outsourced"

One frustrated Indian offers suggestions for an NBC show that's too often wrong, embarrassing or stuck in the past 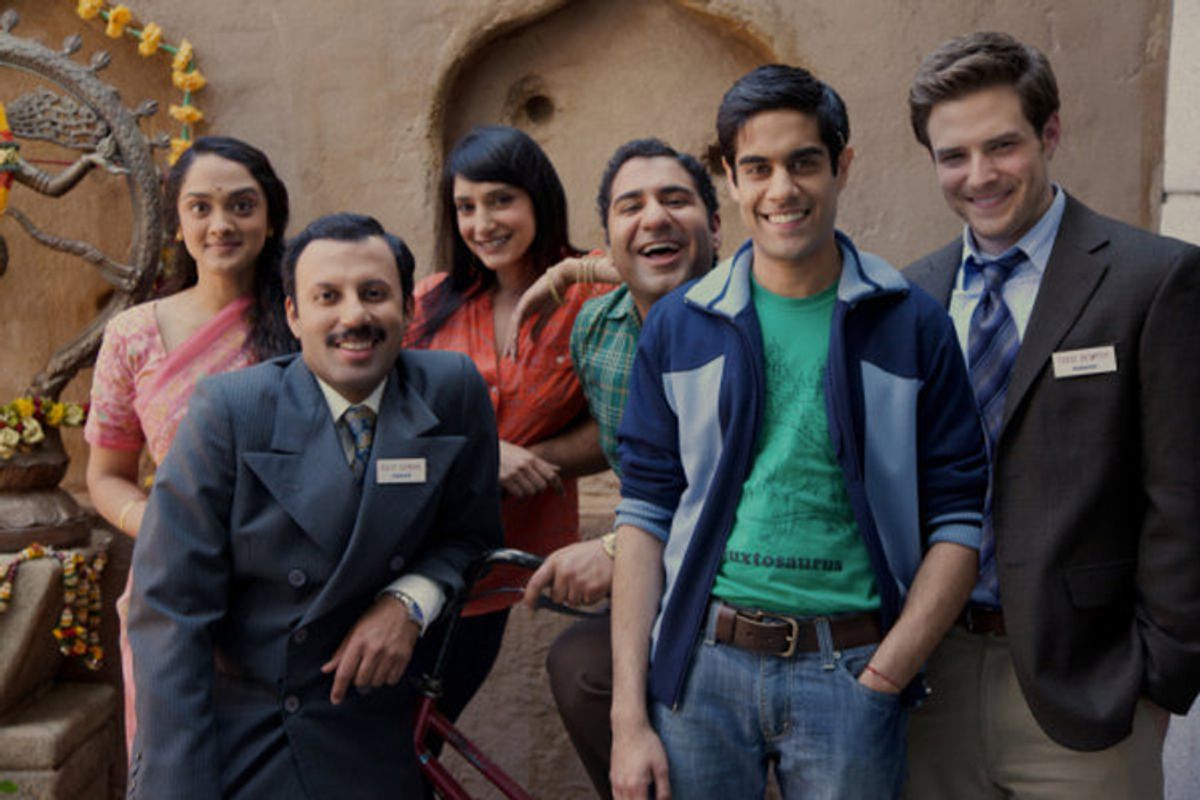 "Outsourced" creator Ken Kwapis is a brave man. A comedy about an outsourced American call center in the middle of a recession? That's bold. Not that cross-cultural differences can't be a goldmine for laughs, but after two episodes, NBC's Thursday night show looks more like a budget-version of "The Office," filled with simplistic clichés, iffy writing and ignorance.

Since its premiere last Thursday, writers have questioned whether "Outsourced" is xenophobic and racist. But "racism" suggests a level of malice on the part of the producers, a concerted desire to denigrate a community or a culture. I may have felt nauseated watching the show, but I can't say the creators of "Outsourced" (which is based on a 2006 movie) are anything but well-intentioned. Of course, they're also insular and ill-informed. (Kwapis has pointed out in interviews that his writing staff includes three Indians. I assume he means "Indian-Americans," but regardless I can only say: For shame.) The India on "Outsourced" is an antiquated, pre-globalization, pre-capitalist India. The Indians are ancient caricatures of themselves. It bears little resemblance to the country where I grew up.

It didn't have to be like this. Case in point, the British comedy "Mumbai Calling." Shot on location in its namesake city, "Mumbai Calling" sparkles with an irreverent script that equally mocks the stuffy British executives and the call center's quirky Indian staff. It doesn't pull punches, but it knows enough about its subject matter to understand where to aim its jabs.

With that in mind, I thought I'd offer a few suggestions to Kwapis and his staff to help them remedy their schticky situation.

1. Do get our accents right. Rajiv sounds like he's more from Boston than Bombay. Asha's accent is a curry of the entire Commonwealth of Nations. And when you want us to talk about our myths so that your show sounds authentic, at least make sure you get us to pronounce them right. It's Raah-maah-yun. Not Ruh-maah-yaah-naah. Oh, and the "Toad" joke? It gets old after about the second time.

2. Don't assume that all of India looks like a cheap Indian restaurant or a market from the Arabian nights. Mumbai is India's financial capital. It has tall buildings, residential towers and wide roads like any other big city. Promise.

3. Buy a map of India. Take a long look at it before you decide to pepper your script with geographical references. Pondicherry, which Gupta alludes to in the second episode, is not some mythical forest town out of "The Jungle Book." It has no deer or tigers. It's a former French seaside colony filled with beaches, palm trees and a charming artist's colony.

4. Buy an Indian cookbook. Count the number of recipes that list a non-vegetarian ingredient. Surprised? I thought you would be. No, Indians are not all vegetarians. Yes, we do eat a lot of meat. And we're pretty darn good at cooking it. If you still want to make silly sacred cow jokes, at least make sure the cow isn't from California.

5. Talk to an actual young call center worker in India. I think you'll find that 20-somethings in a big Indian city are quite similar to their counterparts elsewhere in the world. They date, and sometimes, they even have sex before marriage (gasp!). They're unlikely to think that America is "wonderful" because they can relationship-hop endlessly without having to get married.

6. In the spirit of number 5, you should also talk to a young Indian woman. If she lives in a city, chances are that she can shake hands with a man and isn't a terrified, repressed mess who can't assert herself.

7. Ask the above men and women for their views on India's ancient caste system. They will probably tell you that a person's caste doesn't affect his romantic dealings or workplace politics. If you followed Indian newspapers (which I strongly recommend you do), you'd find that caste is a problem in India's rural hinterland. Most of urban India has gotten past it. Why, then, are you determined to insert ugly jokes about caste in a show that really has no place for it?

8. Finally, try and rise above juvenile jokes about headgear and food that makes you run to the toilet. It would also be nice if you didn't think of as modern-day versions of Peter Seller's brownface idiot in "The Party. "