The many man-crushes of Bob Woodward 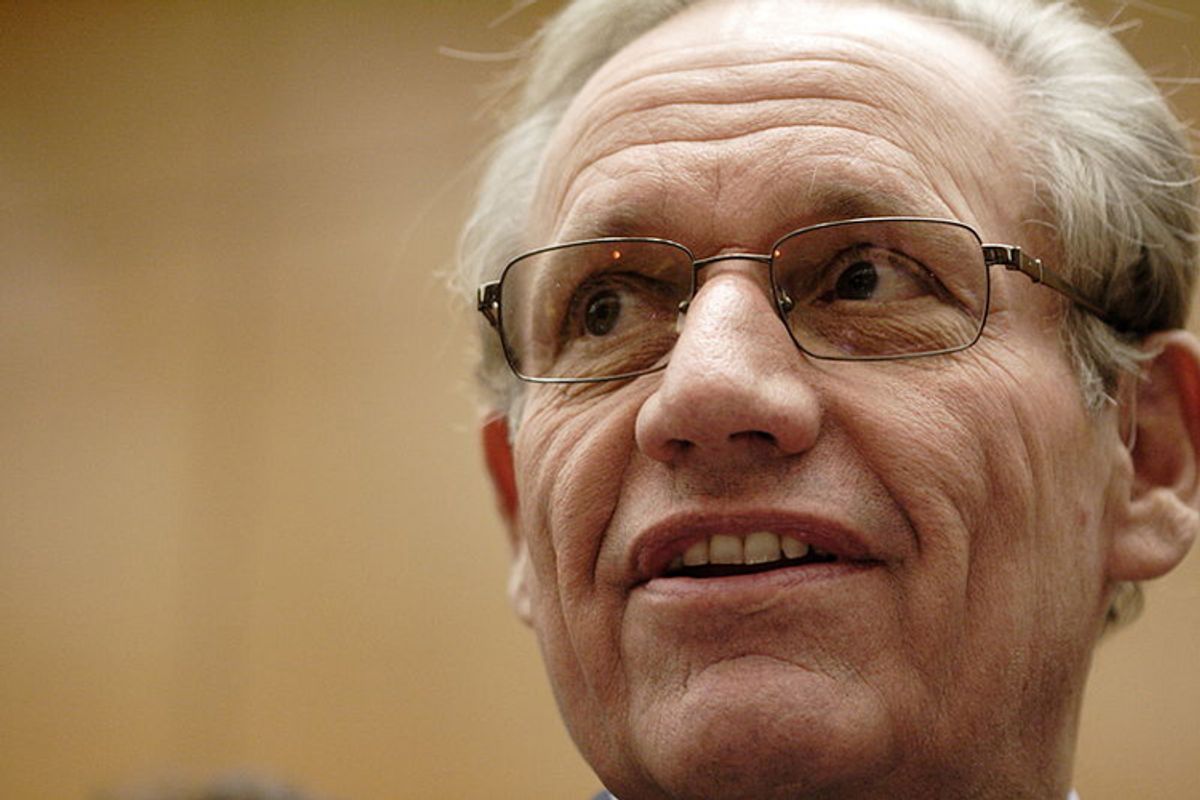 Politico had a piece the other day exploring the nature of Bob Woodward's "magic" as a journalist. High-ranking government officials want to give him good information because of his mystique, according to the piece, and this "effect is said to be especially vivid when he invites sources into his Georgetown dining room."

We've now had a chance to read "Obama's Wars," and there's another reason Woodward gets the access he does: The same flattery he uses in his Georgetown dining room extends into the pages of his book.

At times he seems to run out of ideas. Gen. Stanley McChrystal, for example, "worked harder than anyone," while Gen. David Petraeus "put other workaholics to shame."

Here's a survey of Woodward's biggest crushes, culminating in his paean to Petraeus, whom he has known since 1990.

Able to think and talk about 20 percent faster than most people, Hayden seemed to have an edge in any debate.

McChrystal was already a legend within the Joint Staff. He worked harder than anyone, fixing problems rather than complaining about them. He was open-minded and carried out all requests and orders seamlessly. He skipped lunch, staying at his desk and munching instead from a plastic container of large, salt-encrusted Bavarian pretzels.

He had graduated from West Point a year before Petraeus. Fluent in Chinese, he had a hard-charging reputation. Serving under him was like an apprenticeship with a pirate captain, according to former junior officers.

A former Rhodes Scholar who was a top Obama foreign policy adviser during the 2008 campaign, Rice had been something of a prodigy in Bill Clinton's administration, serving at 33 years old as the assistant secretary of state for African affairs.

Petraeus had almost redefined the notion of warfare, authoring the new Counterinsurgency Field Manual and implementing it in Iraq. ... A new kind of soldier in the Petraeus mold had to be a social worker, urban planner, anthropologist and psychologist.

Perhaps no general in America had been held in such near-universal esteem since General Dwight David Eisenhower after victory in World War II. Young-looking with his neatly parted brown hair, Petraeus could pass for a 35-year-old. He had few hobbies--no fishing, no hunting, no golf. When he jogged, it was "'physical training." He could run five miles in about 30 minutes. A solid pace put him in a good mood and helped with sleep. "I prefer running to Ambien," he had said. When he read a book, it was often about a renowned general. He had a Ph.D. from Princeton, finishing the course work in double time, just two years. When his 92-year-old father died in the summer of 2008, Petraeus did not attend the funeral but stayed in Iraq to oversee the war.

He put other workaholics to shame, monitoring military business and his personal e-mail day and night. His new office on the second floor of the Central Command headquarters in Tampa, Florida, made the bridge of Starship Enterprise seem modest ...

The Iraqis called him "King David." Some on his staff called him "The Legend of lraq." Colleagues believed that Petraeus was so competitive that he preferred fighting a war when the odds were against him, even with both hands tied behind his back, so that his eventual victory would be all the greater.