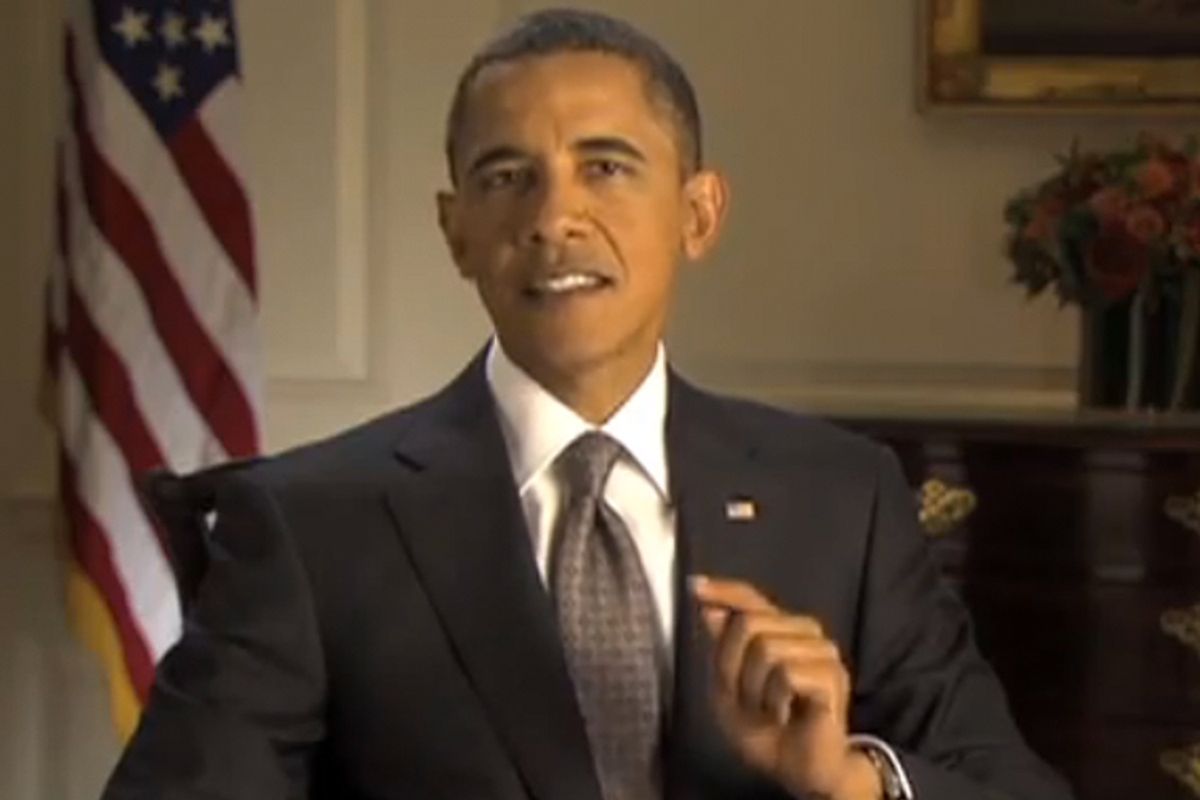 You’d think that President Obama’s first TV commercial in the midterm election would be crackling with passion and energy. After all, he’s been criticized for his remoteness and failure to engage emotionally. How about a little gusto for the one candidate of all those worthy Democrats running whom you’ve chosen to get behind the camera for?

Well, take a look at this tepid mush.

This endorsement of Cedric Richmond, who’s running against an incumbent Republican in Louisiana, embodies just about everything that’s gone off the tracks with the Obama presidency.

It’s thirty flat and uninspiring seconds of the president plopped in a chair, against a backdrop that’s a cross between a funeral parlor and a suite at the Westin with a flag stuck in the corner.

It’s stunningly mechanical; the president’s delivery lacks any conviction whatsoever. Even his hand movements seem scripted. If you didn’t know who he was, you’d think he was selling new form of hemorrhoidal relief.

The language is similarly exhausted. For President Obama’s first televised endorsement in a bitterly contested midterm election, can’t his professional prose magicians conjure any gutsier (and more honest) language than this under-statement which sounds like it’s been sandpapered by a corporate PR department:

"The city of New Orleans has had its trials.

But you’ve also had great champions fighting to see you through the tough times."

What a lost opportunity to remind Democrats in Louisiana -- and elsewhere, since this commercial is now in the news cycle nationally -- of the still-devastating consequences of Republican incompetence. Katrina is one of the few remaining Republican-created problems that Obama doesn’t now own.

For this highly visible endorsement commercial, the consultants should have used live footage of Obama campaigning -- the passionate Obama, not the passive Obama. You want to activate the neural circuitry that reminds voters of the Obama who spirited away their imaginations, not the one mired in the stature-diminishing interstices of governing,

And isn’t it interesting that the commercial uses only still images of Cedric Richmond; wouldn’t you want to show your candidate electric and engaged, to justify the president’s endorsement? My guess is that they didn’t want to take attention away from the president’s presence. But in doing so they ended up with a double dose of inertness.