A Democratic surge -- or a mirage? 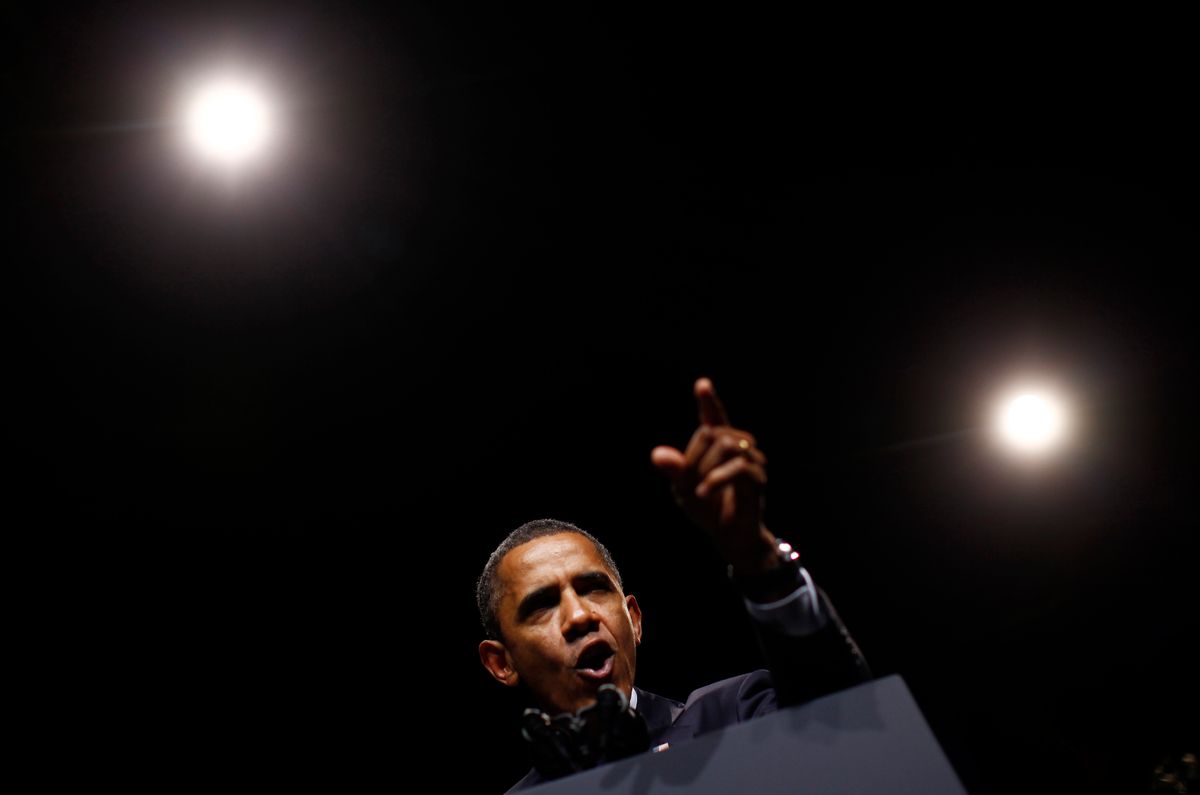 Suddenly, we're being told, the Democrats have found something they've lacked all year: momentum.

Sunday's New York Times carried a front-page story that claimed the "resilience of vulnerable Democrats" has Republicans worried that they won't pick up the 39 seats needed to win control of the House -- this after the pundit class reached a near-universal consensus in September that a Republican takeover was inevitable.

And at Politico today, Jonathan Martin reports that "once-despondent Democrats now believe they might be able to avert a total midterm wipeout" -- meaning that they might still hold onto the House and Senate and win several important governor's races.

And so, the political media's theme for this week -- or at least for the first part of this week -- figures to be the Democratic "surge." But don't get too excited: There may be something to the Times and Politico stories, but this moment could easily be a mirage.

That was the case back in October 1994, in the final weeks before the most thorough Republican election triumph of the 20th Century. Then, as now, it was clear that the GOP was poised to make sizable gains. '94 was the last midterm campaign before now to feature a Democratic president with sizable Democratic majorities in the House and Senate, and Bill Clinton's approval rating that fall was roughly on par with Barack Obama's today.

But as the election drew near and Democrats ratcheted up their efforts, the press began reporting a late "surge" in the ruling party's favor. As the Boston Globe's John Aloysius Farrell wrote on October 30:

Clinton's improved popularity, his handling of foreign affairs and evidence that well-financed Democratic campaigns are having an impact on state and local races have all given Democrats fresh hope of avoiding the midterm cataclysm they dreaded this fall.

Or as the Los Angeles Times' Thomas B. Rosenthal reported it:

Yet amid the latest round of rhetoric and statistics, there are signs of subtle shifts in public sentiment and political strategy that suggest Democratic Party losses on Nov. 8 might not be as severe as many experts have predicted.

One factor, according to a new poll, is that voters are focusing more on local issues as elections draw closer, a trend likely to benefit incumbents because they have more political heft than newcomers. Most incumbents are Democrats.

Another element is President Clinton's rising popularity in response to recent foreign policy successes, sentiment that may be trickling down to his fellow party members.

Farrell's piece even included a caveat almost identical to the one Martin included today: "Though the Democrats may be spared a tidal wave - even GOP strategists concede Republicans won't win a majority in the House - at this point 1994 still looks like a Republican year."

(Here's Martin's version: In a sign of how hostile the election environment remains for the party, the cautious optimism is largely due to the view that the impending political hurricane could be downgraded from category 5 to category 4.")

Of course, there was absolutely nothing to any of this. Election Day '94 was a complete catastrophe for Democrats, who lost the House, the Senate and just about every toss-up governor's race (not to mention a number of state legislative chambers). The surge of late October was an imagined phenomenon.

That may prove to be the case again this year. The structural factors that dictate elections, and that are far more important than the campaign messages and tactics that pundits typically fixate on, are as poisonous to Democrats now as they were in '94 -- maybe even more so, since the economy is in worse shape. (And things could get worse when the next round of unemployment data comes out in the next few days.)

That said, if you're a Democrat and you want to be optimistic, you can still latch on to two developments: (1) The presence of potentially toxic Tea Party candidates in a handful of Senate races -- candidates whose liabilities are significant enough to override the anti-Democratic climate; and (2) The fact that Democrats have managed to win several competitive House special elections since Obama became president -- most notably this past May in Pennsylvania's 12th District, which actually favored John McCain in 2008.

Both of these factors were not at work in '94, when the GOP base was not at war with its establishment and when every pre-November special election went to the Republicans.