Robert Zoellick outlines a history of developmental failures. For a Bush veteran, the candor is refreshing 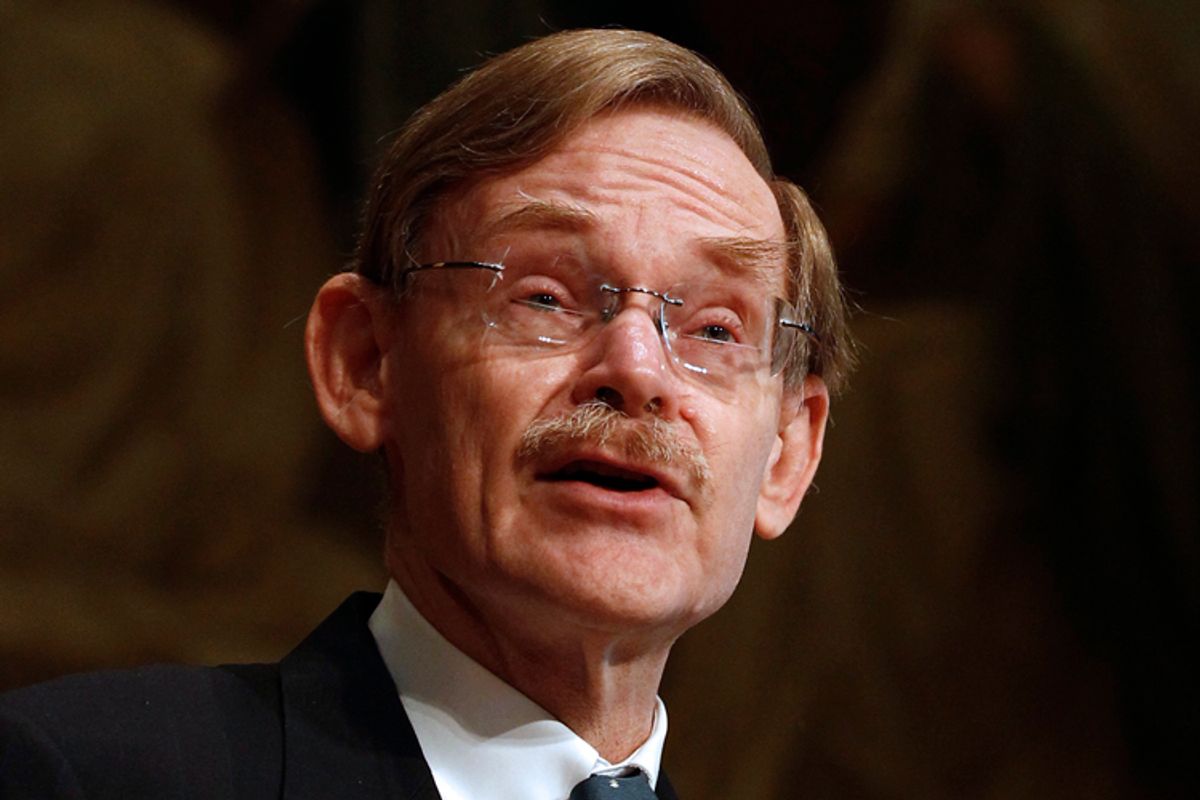 What does Robert Zoellick mean by "democratizing development economics"? The president of the World Bank, George W. Bush's pick to succeed the absolute debacle that was Paul Wolfowitz, gave an interesting, and on some levels, quite impressive speech at Georgetown University last week. (Hat tip, The Conglomerate.)

Zoellick demonstrated a nice grasp of the World Bank's history, and launched into a fairly withering critique of the failure of economics to deliver on real solutions to the puzzler of how to ensure consistent economic growth in the developing world. Along the way, he noted that economics "can get things spectacularly wrong, as we saw in the recent crisis when bad ideas led to bad results that we are all still paying for."

But all along, as the Bank stumbled and zigzagged from one development paradigm to another, from "Big Push" theory to the "Washington Consensus," the institution consistently delivered on at least one unchanging goal: the accumulation of data.

The World Bank's research economists have led the world in the measurement of poverty and inequality, and have done pioneering research on the delivery of educational and health services that have changed the way we think about these issues.

Bank research has made a significant contribution to understanding globalization and its impacts; understanding the relationship between growth and poverty; evaluating policies and programs; and analyzing aid effectiveness.

Yet we have also been criticized for the way research has sometimes been used to proselytize on behalf of Bank policy, without always taking a balanced view of the evidence or without expressing appropriate skepticism. And in keeping with much academic research, the Bank's analytic work has often lacked broad-based transparency - - not least amongst those who would be affected most by the policies derived from those analyses.

So now Zoellick is calling for yet another paradigm; "Open Data, Open Knowledge, and Open Solutions."

Imagine this: A health care worker or parent in a village, with a laptop or mobile device, can access development knowledge in real time through geo coding and geo mapping. She can see which schools have feeding programs and which go without, and what is happening to local health. She can access 20 years of data on infant mortality for her country and its neighbors. She can dig deeply and compare her village with others. She can upload her own data, throw light on the likely effect of new interventions, and mobilize the community to demand better or more targeted health programs.

Call it open source development economics! And it sounds nice, but how exactly is it going to be implemented? Harvard economist Dani Rodrik, while professing himself generally impressed by Zoellick's speech, also observed that "Zoellick offers no new ideas on the governance and internal organization of the Bank. And without changes in these, the bulk of the Bank's research will continue to be done in Washington, D.C. by economists from advanced nations."

Rodrik's caution is justified. But the most interesting thing about Zoellick's speech, rhetorically, was his refreshing rejection of the totalizing paradigms of ages past. There is no one size fits all answer, he argued -- we must learn from our experience and change our tactics according to the changing situation on the ground. And its refreshing mostly because its so unusual -- in the current domestic political debate over economic policy, the Republican position on how to proceed after the great financial crisis is identical to their position before it. Zoellick is the rarest of beasts -- a veteran of the Bush administration who actually seems capable of looking forward.