Christine O'Donnell is not me!

And neither was Linda Tripp. Another troubled GOP woman finds solace in saying, "I'm you" -- but we're not buying it 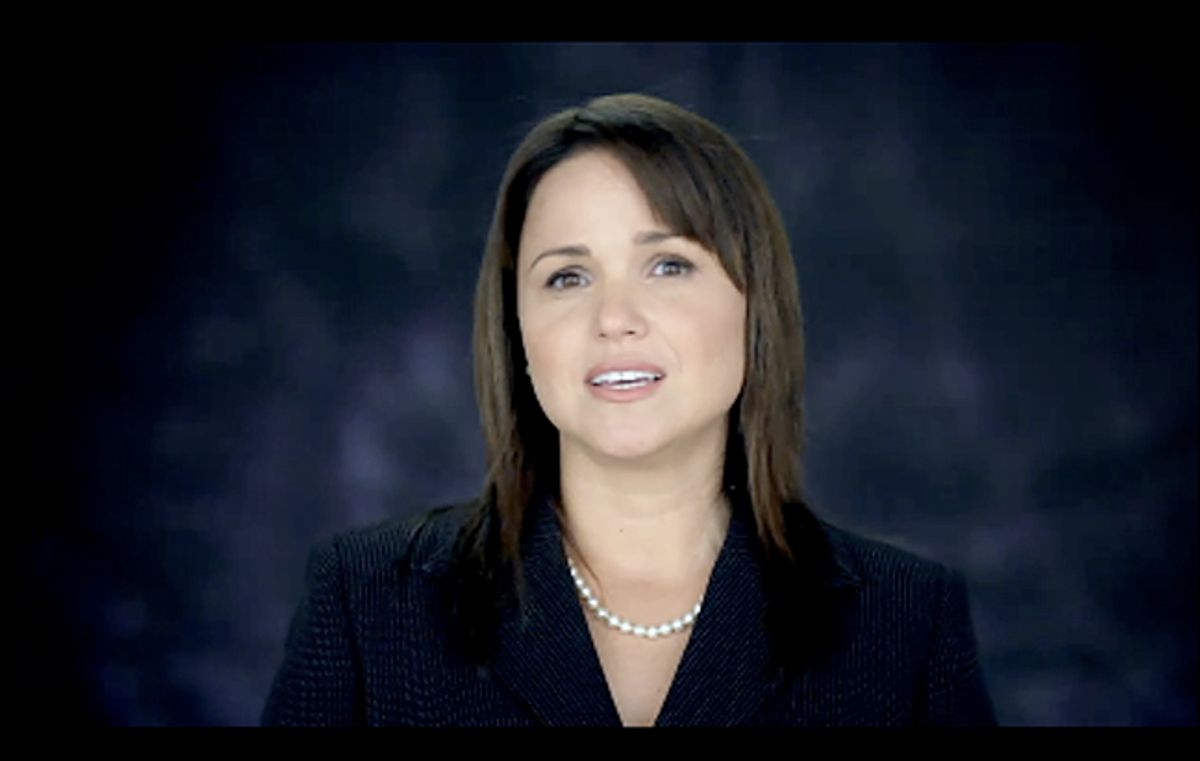 The folks at Crooks and Liars beat me to it, but I meant to blog last night about that crazy Christine O'Donnell commercial, where she declares, "I'm you!" Because those of us who remember the Clinton impeachment as the previous low point in our political culture (at least in my adult lifetime) were all, apparently, creeped out in exactly the same way. Those were the very words Monica Lewinsky betrayer Linda Tripp used after her infamous grand jury appearance in 1998.

"I understand that there has been a great deal of speculation about just who I am and how I got here. Well, the answer is simple. I'm you. I'm just like you. I'm an average American who found herself in a situation not of her own making.

I'm a suburban mom, who was a military wife for 20 years, and a faithful government employee for 18 years.

I never, ever asked to be placed in this position. Because I am just like you."

None of us are perfect. But none of us can be happy with what we see all around us: politicians who think spending, trading favors and back-room deals are the ways to stay in office. I'll go to Washington and do what you'd do.

I'm Christine O'Donnell and I approved this message. I'm you."

At least Tripp didn't have to start with, "I'm not a witch" (although the woman Time magazine dubbed "The friend from hell" might have used another word that rhymes with rich, given her appalling treatment of Lewinsky, a young woman who confided in her.)

Why would O'Donnell's handlers think borrowing from the Tripp playbook would help their candidate? Do O'Donnell's handlers think at all? Of course, I admire O'Donnell a little bit, for forcing Karl Rove to have to publicly backslide on his rare burst of honesty denouncing the Tea Party gadfly the night she beat Mike Castle (though nobody doubts Rove is still working against O'Donnell behind the scenes, and she will be the scapegoat when the Republicans don't take over the Senate, even though she's only the most tangy flavor of crazy Rove's party is serving up this year).

I honestly thought O'Donnell's makeover ad was another parody when I first saw it.  But the best stylists can't flat-iron the kookiness out of the candidate. Rock on, Christine -- but please stop pretending you're me!