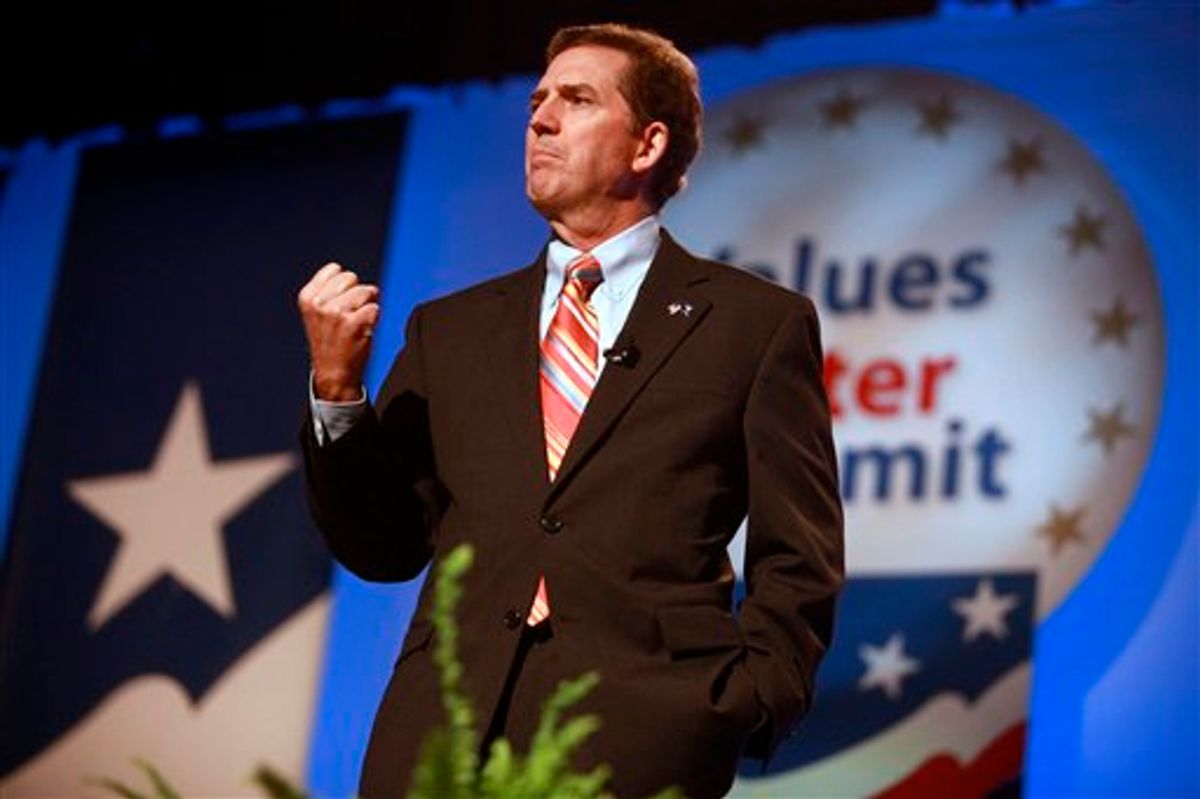 Sen. Jim DeMint is standing behind comments he made Friday about gays and unmarried sexually active women being unfit to teach in America's classrooms. Today, a spokesperson attempted to explain the South Carolina Republican's comments: "Senator DeMint believes that hiring decisions at local schools are a local school board issue, not a federal issue. He was making a point about how the media attacks people for holding a moral opinion." Well, yeah, we do when that moral opinion is discriminatory and the person holding it has the power to influence public policy -- and so do gay rights groups and women's organizations.

DeMint's remarks at a church rally last week were reported by the Spartanburg Herald Journal: "DeMint said if someone is openly homosexual, they shouldn't be teaching in the classroom and he holds the same position on an unmarried woman who's sleeping with her boyfriend -- she shouldn't be in the classroom." He said of nearly identical comments he made in 2004: "[When I said those things,] no one came to my defense, but everyone would come to me and whisper that I shouldn't back down." How brave of him to be the martyr for self-righteous bigotry! He added, "They don't want government purging their rights and their freedom to religion." As the Charleston City Paper puts it: " DeMint's America is one where guns and God are allowed in the classroom, but not good educators who happen to have a functioning, unwed vagina or his and his bath towels."